Axie Infinity price exploded last week as it embarked on a massive run-up. This rally flipped a crucial hurdle into a foothold, signaling a major breakout. Therefore, investors can expect AXS to continue this upswing after a brief period of consolidation or retracement.

Since then, Axie Infinity price has retraced 14% and is currently retesting the recently flipped declining trend line. An uptrend is likely to originate as AXS bounces off the support level, but market participants should be prepared for a retest of the 62% or 70.5% retracement levels at $55.81 and $53.60, respectively.

A bounce off the $53.60 foothold is likely to lead to a slice through the $71.69 hurdle and retest the next blockade at $81.54. This move would constitute a 46% ascent and is likely where the local top is capped for Axie Infinity price. 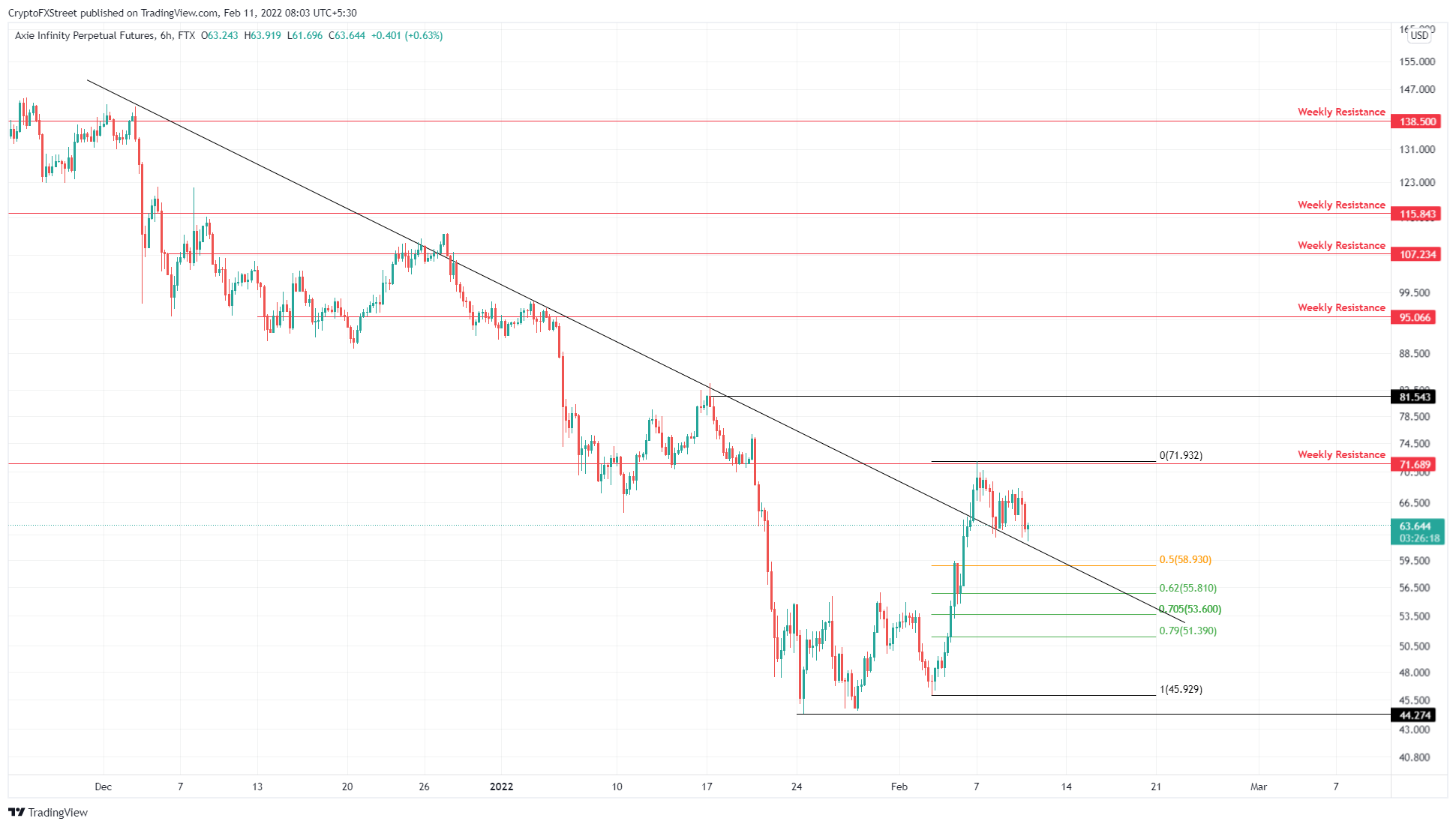 On the other hand, if Axie Infinity price continues to free fall, it will retest the range low at $45.93. A bounce off this barrier could recover the losses, however, a six-hour candlestick close below it will create a lower low, invalidating the bullish thesis.

In such a case, Axie Infinity price could revisit the $44.27 support level and attempt another uptrend.