Axie Infinity is a blockchain-based trading and breeding game that has racked up popularity during the recent cryptocurrency market slump. Adding a tailwind to this newfound fame is the AXS token’s 800+% upswing over the past 24 days.

In order to capitalize on this wave of hype, Sky Mavis developers have announced a dedicated server for competitive gameplays. To this end, the company has also set aside 5,000 AXS tokens, currently worth $109,000, as a prize pool for the winners.

Axie Infinity also added that it would start accepting community tournament organizers’ proposals between July 15 to July 29. Touching on the exponential growth of the game, the announcement reads,

This amazing growth has created some new challenges when it comes to scaling our game servers. As a result, the challenge server that is usually available for scrimmages and tournament matches has been offline.

While this step from the developers might help increase the interaction with the community, technicals are hinting at a correction.

AXS price looks to pull back

AXS price rallied 811% between June 21 and July 16, hitting a new all-time high at $29.09. However, the Momentum Reversal Indicator (MRI) flashed a red ‘two’ candlestick on July 15. This setup forecasts a one-to-four candlestick correction, which is already being witnessed as Axie Infinity price has dropped 26% from its peak.

If the selling pressure continues to increase, AXS will likely crash another 27% until it tags the 50% Fibonacci retracement level at $15.98. The bulls have a chance to defend this level from the sellers and kick-start a bullish ascent if possible.

A failure might lead to a retest of the 62% Fibonacci retracement level at $12.84. However, in a highly bearish case, Axie Infinity price might tag $10.61. 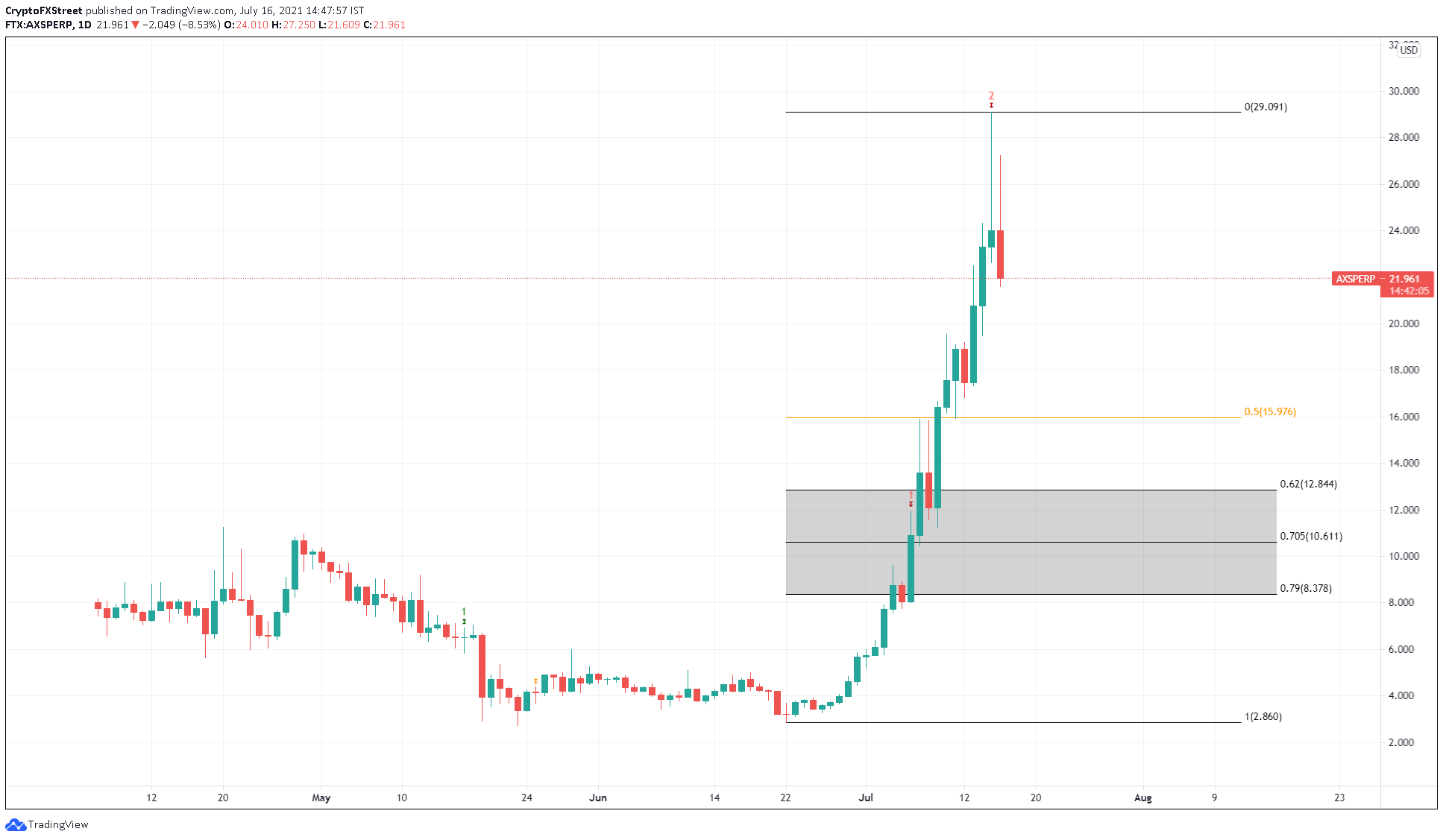 While the downswing seems plausible, a potential increase in buying pressure that recovers the recent slump will increase the chances of a reversal.

If the bullish momentum is high enough to propel Axie Infinity price to retest the all-time high at $29.09, it will signal the resurgence of buyers. Such a move might proceed by a surge in buying pressure that breaches the peak to invalidate the bullish thesis.