AXS price has had an excellent 30 days of gains as the game gains popularity in several countries. The tokens are used for trading digitized creatures from Axie Infinity. Although the bull move has already unfolded, the game is set for more popularity as only now the rage is entering into the broader public. Only Brazil, India, Indonesia, the Philippines and Venezuela had the most volume representation thus far.

AXS price is a perfect asset for buying the dip

The first point is that it is best to wait for a solid entry-level in AXS instead of just diving in and hoping the long will play out. Although the price has rallied that much in such a short time, some excellent technical levels can act as good entry points for a long.

The first point of entry would be $26.70. That was the high this morning during the opening of the European session. AXS price went more elevated but came down to this level for the next candle to bounce off higher. This would be a very short-term entry and possibly will hold for not very long as profit-taking will undoubtedly occur in the coming days.

The next point of entry is held in the weekly R1 resistance at $23.30. That level looks solid as well as price action has paused around that point since yesterday. Buyers already came back in at this level.

Last but not least, the level at $19.60 would be the preferred entry for people who are more patient to go long. Entering here would still present a 50% gain toward a retest of the high at $29.18. The level is technically more solid as AXS got rejected here first on July 10, which amounted to a break in a precise break above on July 13 and in the meantime already had two retests that pushed price action higher again. It is a solid and proven critical level that will act as support. 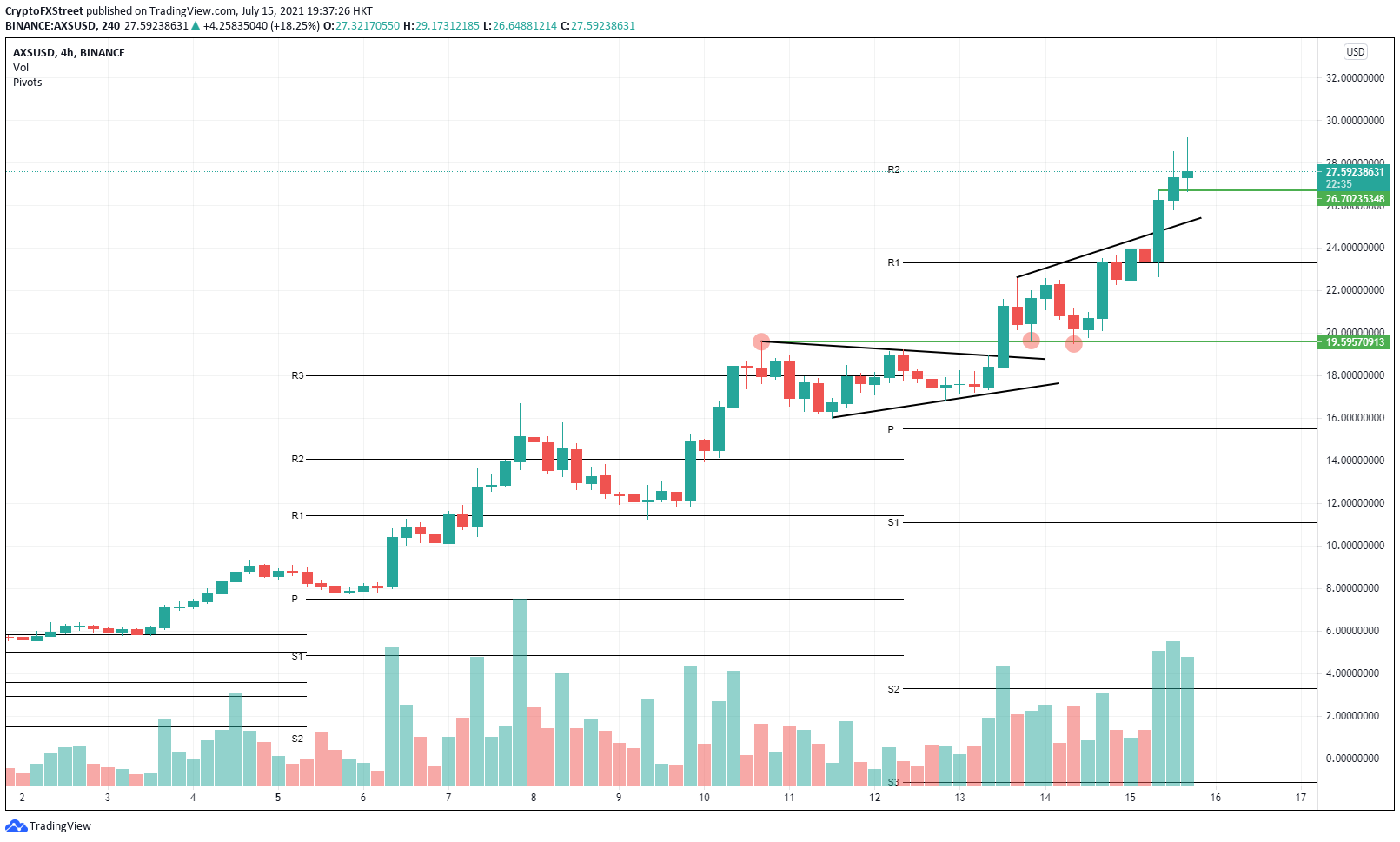 It will be essential not to get caught with the fear of missing out. There are three good levels to get in, depending on the eagerness of the buyers. But these three levels seem to make the most sense to enjoy the rally further upward. $26.70 for the near short term, $23.30 in the coming days and, longer term, $19.59 for a long. As the game is only gaining full traction in the mainstream media, more upside potential is undoubtedly there.

On the downside, a correction, however, is due to profit-taking from short-term investors looking for a quick buck.