Axie Infinity has blown the competition out of the stadium as it becomes the top-grossing dApp in terms of cumulative protocol revenue generated over the past month. Its ascent has left extremely popular dApps in the dust, painting a picture of its recent traction.

Axie Infinity, a protocol that draws inspiration from CryptoKitties, is a blockchain-based trading and breeding game that is built on the Ethereum blockchain. It adopts a wildly popular free-to-play model, which is one of the reasons for its massive adoption.

The protocol has climbed past PancakeSwap, MetaMask and MakerDAO to attain the top spot for the highest-grossing dApp in terms of cumulative revenue. To compare, the revenue generated by Axie Infinity is roughly four times that of PancakeSwap and more than seven times MetaMask.

Interestingly, it has also climbed the charts to become the top gas-consuming protocol over the past three hours, surpassing Uniswap v2, Shiba Inu and Uniswap v3.

Over the past 24 hours, Axie Infinity protocol collected roughly 150 ETH or $305,621 from fees. This massive number suggests that the users are actively playing the game.

AXS price is currently trading at $18.50, just below the all-time high at $19.69. Over the past three weeks, Axie Infinity price has rallied 539%, an exponential ascent. Typically, massive outbursts like these are followed by a steep correction.

Adding credence to this theory is the Momentum Reversal Indicator (MRI), which has flashed a sell signal in the form of a red ‘two’ candlestick. This setup indicates that a one-to-four candlestick correction is likely.

In a highly bearish scenario, Axie Infinity price might visit $8.79, a 52% correction from its current position. 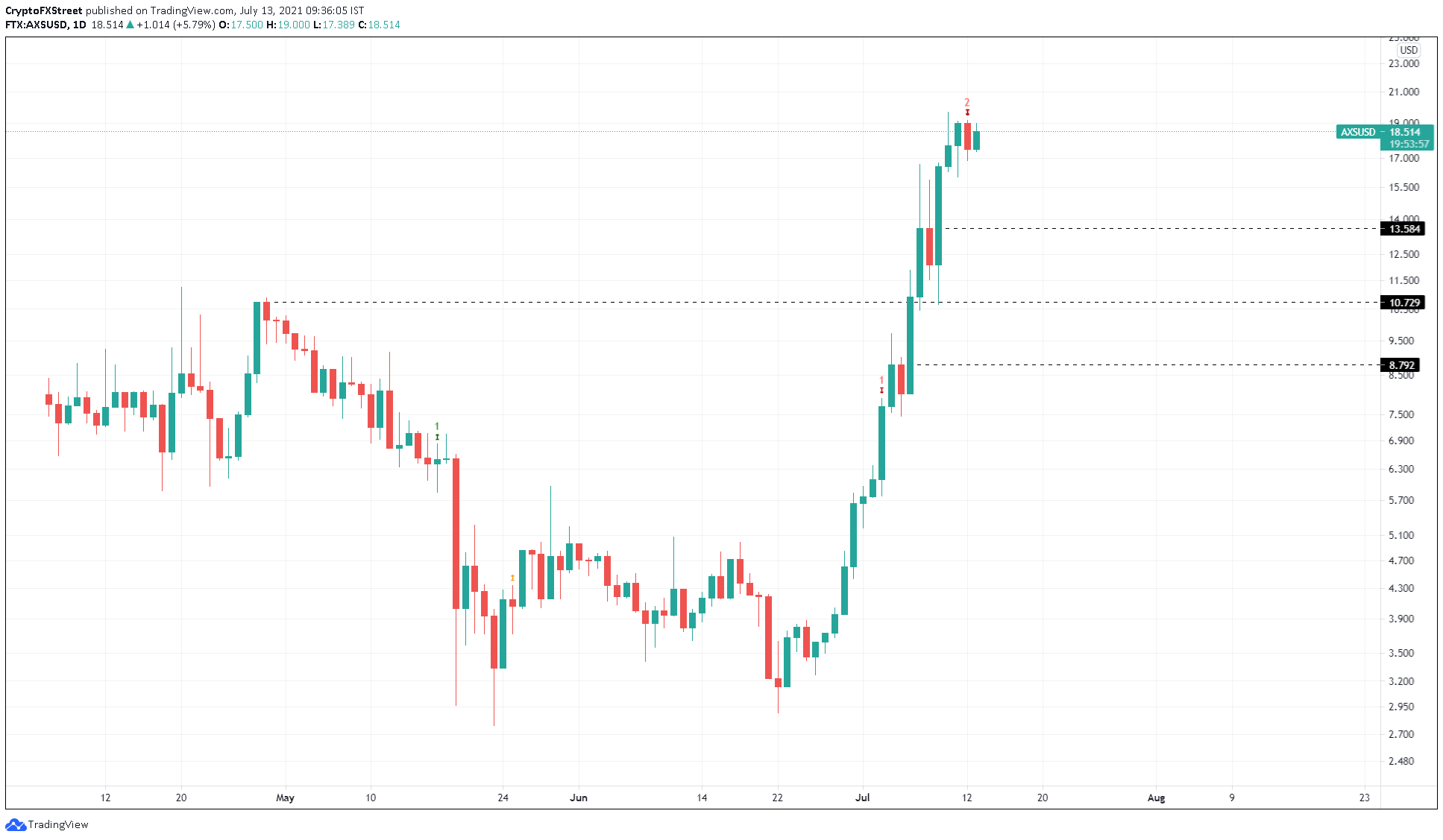 While the logical outcome is a correction, market sentiment, hype and FOMO sometimes tend to supersede it. If this were to happen, Axie Infinity price will likely continue its ascent and retest its all-time high at $19.69.

A decisive daily candlestick close above this level will invalidate the bullish outlook and might propel AXS to set up new all-time highs.