AVAX price remains one of the best performing altcoins during the second half of 2021. But its price action over the past two weeks leaves much to be desired and could be a warning of sustained congestion or a future correction. A return to $66 would confirm a resumption of the uptrend.

AVAX price continues to show weakness as it moves below the daily Tenkan-Sen and Kijun-Sen. However, if the current buying pressure is sustained throughout the remainder of the trade session, AVAX may return above the Kijun-Sen. That would provide some excellent short-term support for any nervous bulls.

Ultimately, a close above the Tenkan-Sen at $66 would likely renew confidence among buyers that new higher moves are likely. The Tenkan-Sen has acted as a stiff resistance level for the past ten trading days, so any close above could change the short-term outlook considerably. Moreover, above the $66 value area, bulls will likely target a close above the most recent swing highs above $70. 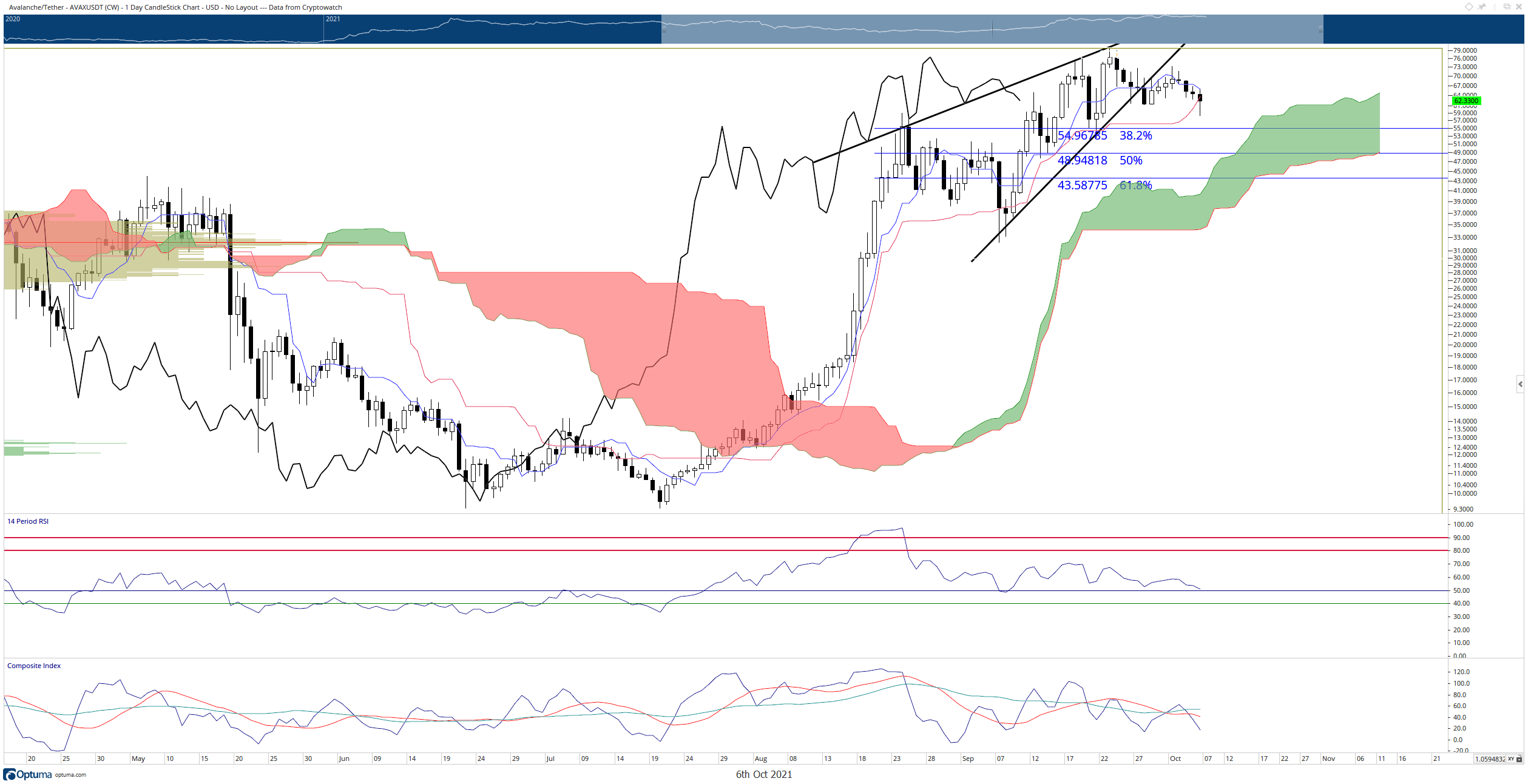 Bears could quickly invalidate any bullish options by closing AVAX price below the Kijun-Sen. Bulls would likely look for the 38.2% Fibonacci retracement at $55 as support. Short sellers would likely have enough momentum to test the 50% Fibonacci retracement and substantial psychological number value at $50. Bulls should beware of the thin volume profile between $63 and $58 – expect fast moves through those value areas.