AVAX price continues to display resilience and strength. Easily one of the best performers of 2021, AVAX may continue to consolidate before beginning another expansive move.

AVAX price looks for a return to $80 before creating new all-time highs; mean reversion trade setup likely in the interim

While the current AVAX price action remains bullish, one look at the weekly Ichimoku chart shows a glaring issue within the Ichimoku Kinko Hyo system. There is a substantial and persistent gap between the current close and the weekly Tenkan-Sen, which is at $47. Significant gaps between the close and the Tenkan-Sen do not last long within the Ichimoku system and often correct very swiftly. Therefore, it is only a matter of time before a strong mean reversion correction will push AVAX lower to test the Tenkan-Sen as support. 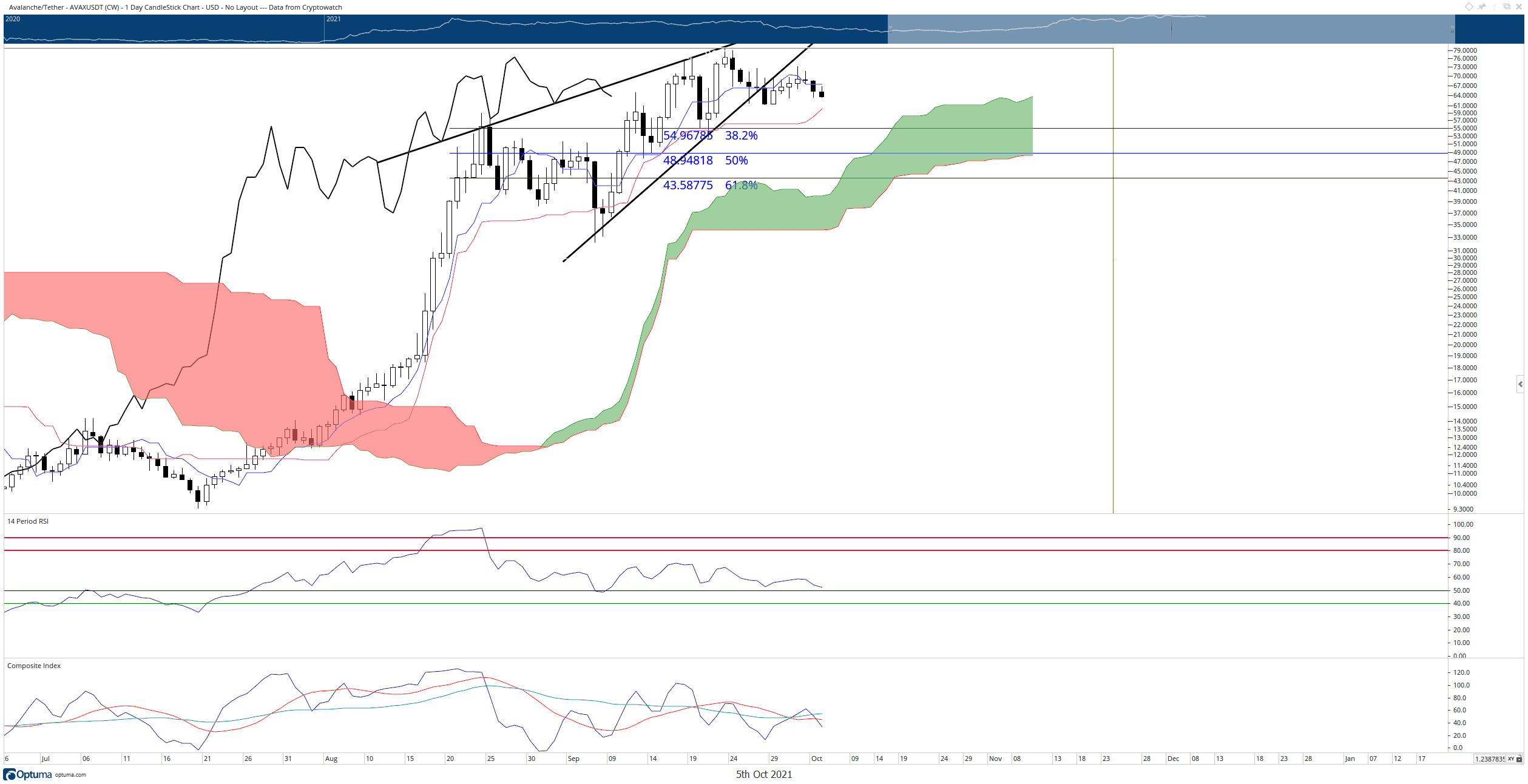 However, a mean reversion is not necessarily a certainty. The least likely scenario – but a scenario nonetheless – is for AVAX price to pause and consolidate further until the Tenkan-Sen ‘catches up’ and moves higher towards the current $66 level. It would take several weeks of consolidation for the Tenkan-Sen to return to where AVAX is currently trading.