AVAX price rose 153% from September 7 to September 23, which was an amazing run-up. However, the popularized Avalanche is currently facing a setback and looks ready for a downswing.

Texas appears to be the safe zone for migrating miners from across the world after the recent China ban. Moreover, Texas Governor Greg Abbott seems to be a fan of the space. Abbott has met twice with the Texas Blockchain Council, which is launching a summit that will host speakers like Senator John Cornyn (R-TX), Ted Cruz (R-TX) and Senator Cynthia Lummis (R-WY).

While the US regulators are taking their time regulating cryptocurrencies, stablecoins and their issuers, El Salvador President Nayib Bukele teased a Bitcoin mining facility powered by volcanoes.

Bitcoin’s adoption rate is like never before, yet the big crypto and altcoins like Avalanche show no signs of a sustained bullish move. In fact, after the October 1 pump, both BTC and AVAX are looking to head lower.

AVAX price rose a whopping 150% in 16 days, but the ascent slowed down after a September 23 swing high at $79.68. This ascent set up two distinctive higher highs and two higher lows. When these swing points are connected using trend lines, it results in the formation of an ascending parallel channel.

Since the local top on September 23, Avalanche dropped 13% as it retested the parallel channel’s lower trend line. However, the increased selling pressure pushed it below it, leading to a breakout.

As AVAX price tags the $65 support floor, the bearish momentum likely continues to build. Moreover, Bitcoin price is also looking weak, adding a tailwind to the pessimistic scenario. Therefore, a breakdown of $65 and subsequent barrier at $61.1 will retest the $55.36 demand barrier.

This move would constitute a 17% downswing from the current position. 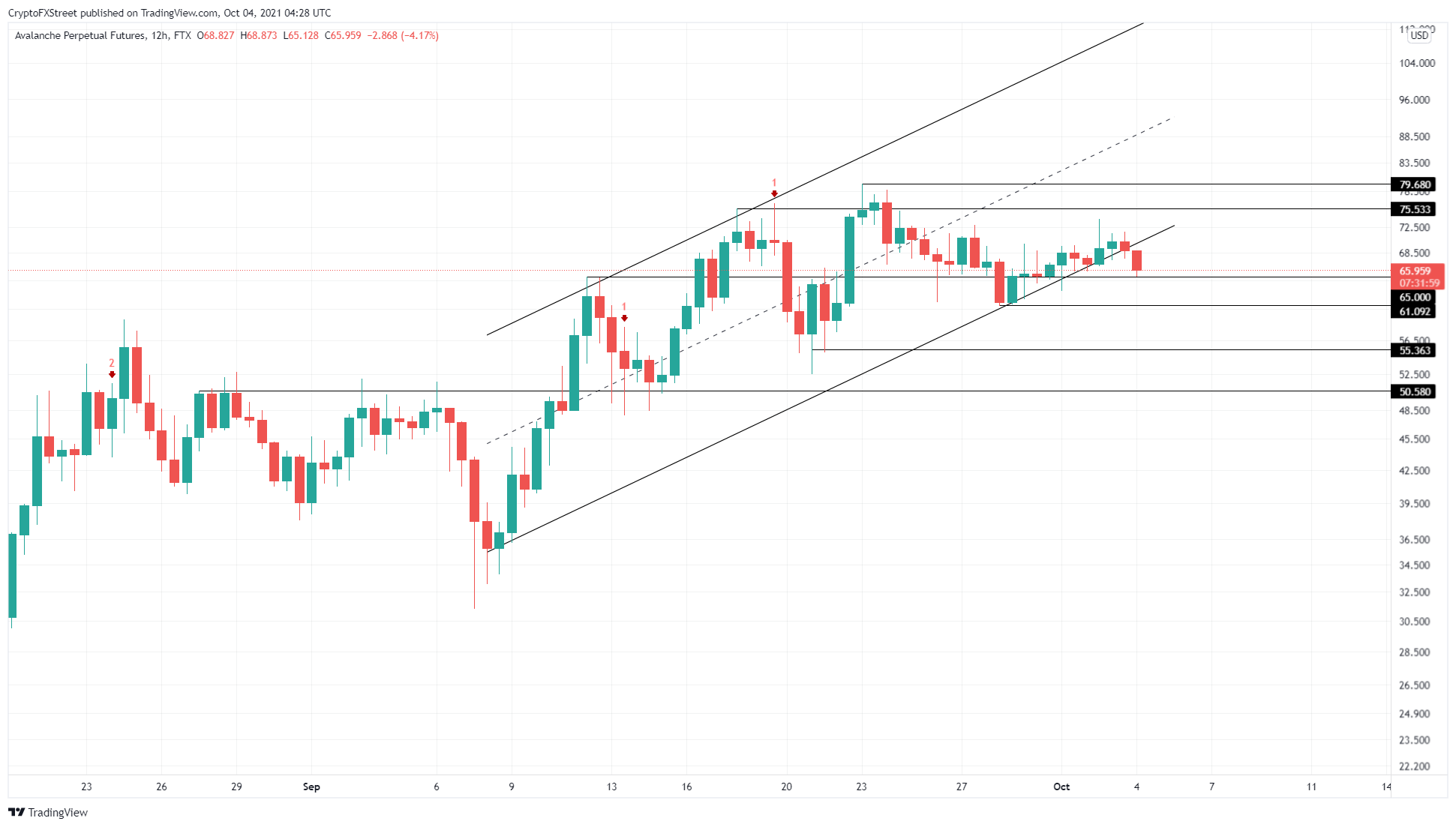 On the other hand, if AVAX price manages to bounce off the $65 support floor and reenter the parallel channel, it could signal a resurgence of buyers. Such a move could hold the key to a new uptrend if it can produce a swing high above $79.68.