AVAX price continues to outperform the majority of the market in its performance. It also has the distinction of being one of a few high market cap cryptocurrencies that remains near its all-time highs. However, that might change soon.

AVAX price is threatened by some term bearish pressure if it prints a bearish hammer on the three-day chart. The hammer pattern is one of the most sought out candlestick patterns because it often forms at the end of a swing. Moreover, the probability of the hammer pattern forming is enhanced by the be bearish conditions of the Relative Strength Index and Composite Index.

A look at the Relative Strength Index and Composite Index oscillators shows two red lines sloping down. Those red lines point to lower highs in their respective windows while AVAX price shows higher highs. This condition is known as regular bearish divergence: a warning that the current upswing could be nearing a reversal. 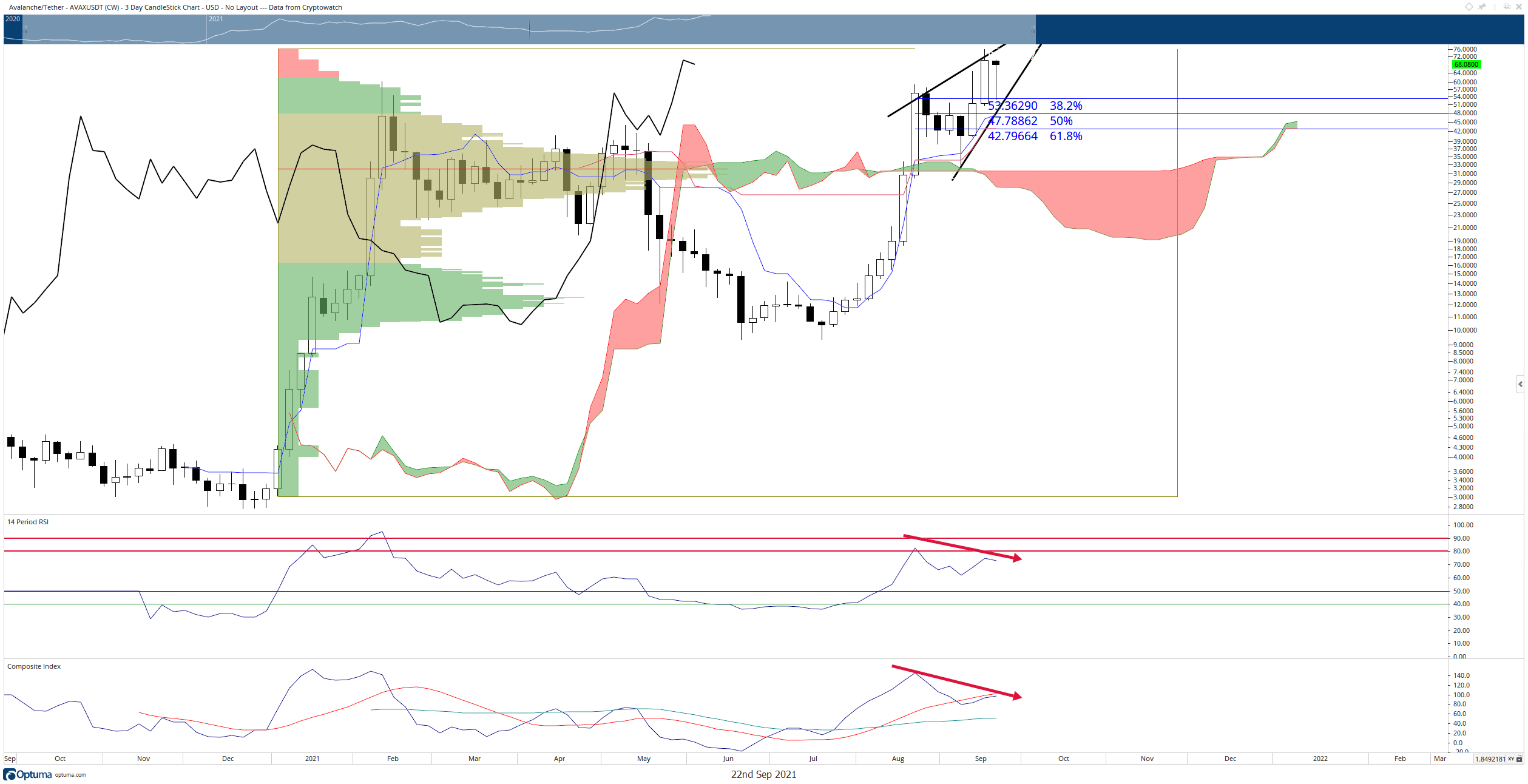 While the projected target for bears is at $47, it is entirely probable that $47 could be just the beginning of an even deeper move south. This is due to AVAX price inside a rising wedge pattern – an extremely bearish pattern that often precedes violent reversals and trend changes.

For bulls to maintain these extremes and invalidate any near-term bearish pressure, AVAX price needs to perform a rare feat by moving above the rising wedge and then closing above that wedge.