The new week has begun with the ongoing drop of the cryptocurrency market as the majority of the coins are in the red zone. 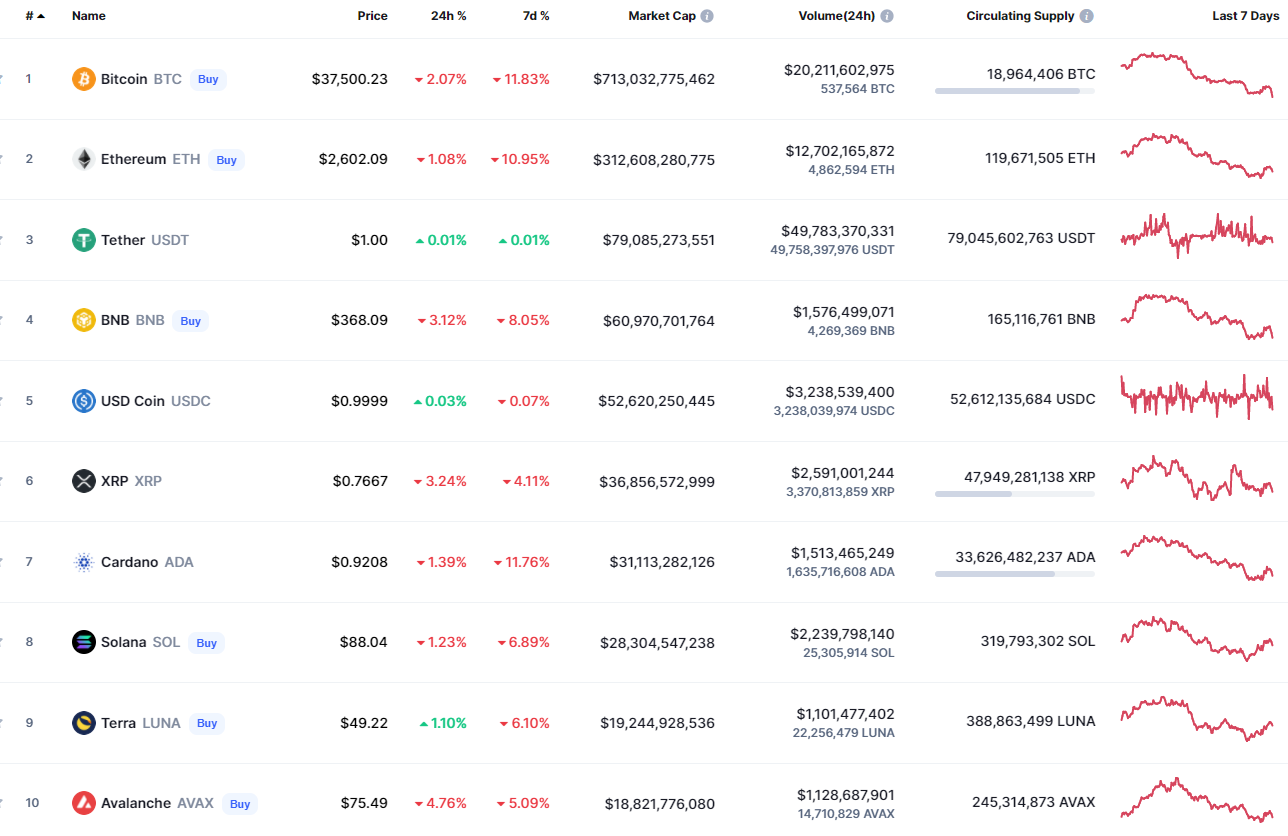 Last Saturday, the price of Bitcoin (BTC) tried to gain a foothold at the psychological level of $40,000 in a narrow sideways range. However, on Sunday morning, the bears knocked the pair out of the flat and pushed the price of BTC to the support of $38,000, where movement in a narrow range continued until the end of the day.

After the breakout of the support level at $39,573, Bitcoin (BTC) has tested it again, followed by an ongoing fall. Currently, bears keep pushing the rate more profound without any reversal signals.

DOGE is not an exception to the rule as it has also followed the drop of the whole market, going down by 2%.

DOGE has closely approached the support level at $0.1310 on the daily chart. The meme coin has accumulated for a further sharp move, and if buyers are not able to seize the initiative, the breakout of the support may lead to a decline to the crucial area around $0.1. Such a scenario is relevant until the end of the current month.

SHIB has lost the least today with a decline of only 0.50% since yesterday.

SHIB has come back to the support level at $0.00002537, which confirms bulls' ongoing weakness. If sellers manage to break this line, one can expect a sharp price decrease to the zone of $0.000024 within the next few days.