Ethereum Merge is less than 24 hours away and the crypto ecosystem has witnessed a steep decline in its overall market capitalization. $69 billion have been wiped out of the global market cap ahead of the historic event for Ethereum. The release of surprisingly high CPI data hit risk assets such as Ethereum and compounded a rising negative bias towards Bitcoin and other cryptocurrencies.

Ethereum Merge is one of the key events in the crypto ecosystem. Traders, holders and developers have anticipated the Merge and its impact on the Ethereum blockchain. The milestone event is less than 24 hours away. The Merge is expected to change the way Ethereum is created and its consumption of electricity is expected to reduce 99.95%.

The transition from proof-of-work to proof-of-stake is key to holders. It is considered a bullish catalyst by traders, as anticipation around the event builds, traders show a negative bias towards Bitcoin and other altcoins.

Based on data from crypto intelligence tracker LunarCrush, Ethereum’s social activity has accelerated over the last three months. Social activity is a measure of Ethereum’s mention across social media platforms like Twitter.

Activity has hit a peak as Ethereum gets ready to shift its consensus mechanism in less than 24 hours. What’s more, there is an ETHW fork within 24 hours of the Merge according to the announcement by Ethereum proof-of-work handle on Twitter. 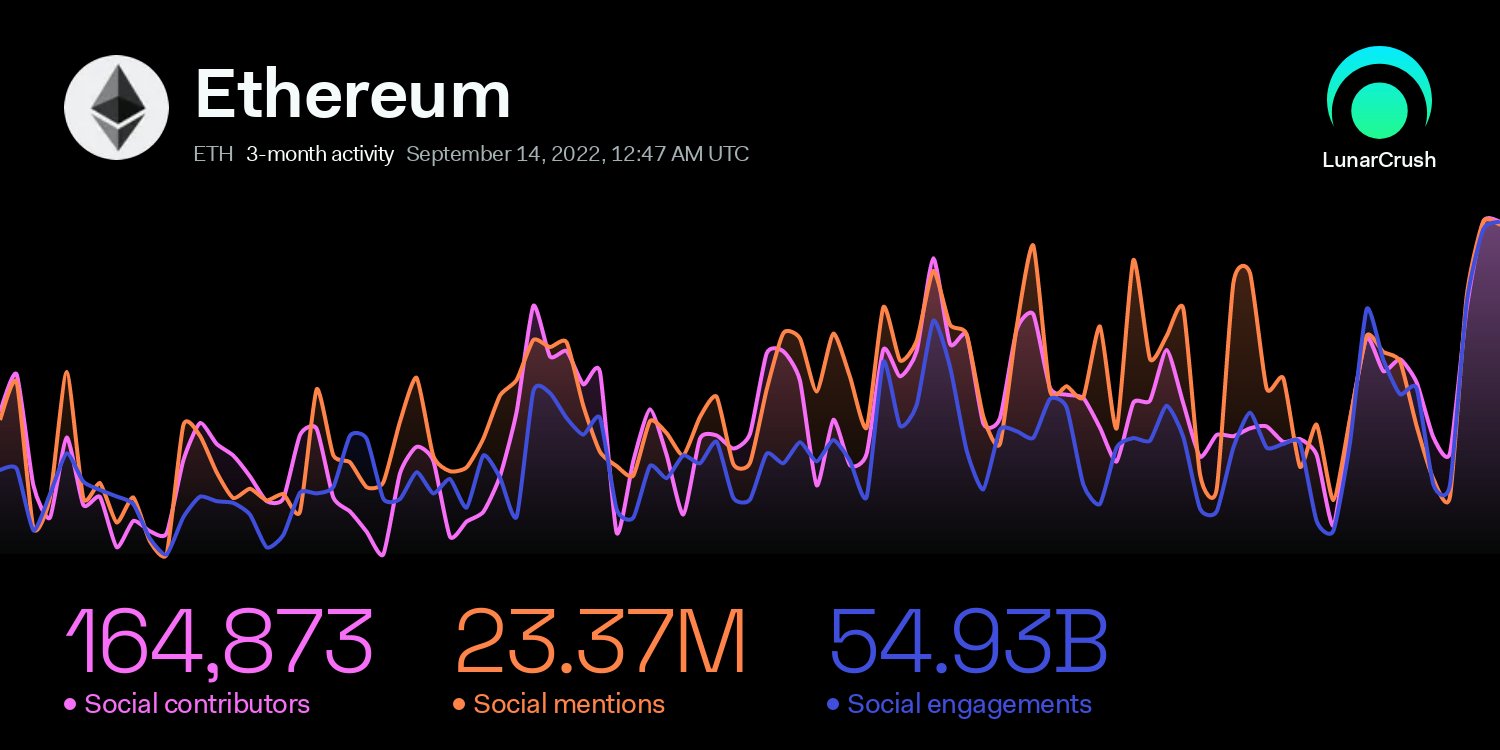 FXStreet analysts evaluated the Ethereum price trend and predicted a decline in ETH price. Ethereum price could nosedive to the $1,280 level as bears take control of leading cryptocurrencies like Bitcoin and ETH.

The analysts’ forecast is bearish despite the bullish sentiment surrounding the Merge for technical reasons. After being a short term uptrend ETH price has rolled over following the release of higher-than-expected CPI data from the US which hit all risk assets including cryptocurrencies. The other reason is uncertainty surrounding the hard fork and the launch of the ETHW chain.

For more information, key price levels and more, check the video below.

To learn more about the Merge, the event's impact on the Ethereum blockchain, check the timeline below: