The equity markets took a serious turn for the worse on Friday in a thanksgiving hangover show. This probably has been brewing for some time and we did note the spike in VIX earlier in the week which is often a portent of doom. While the sell-off has been put down to the new strain of covid found in South Africa, some selling was long overdue in a Fed juiced market that showed no sign of slowing. Now this new strain of covid looks to be worrying according to initial research. More transmissible, more vaccine-resistant and more variants mean it could become the dominant strain globally, just as delta took over from earlier versions. However, even if it is resistant to vaccines, we have to have confidence in the ability of vaccine manufacturers to quickly bring out variants of the vaccine to combat any new strain and added to this we now have two antiviral pills from Merck (MRK) and Pfizer to help in the fight. So for now we will wait for further information before heading into wide-scale doom and gloom mode.

Europe is however in the grip of a fourth wave regardless of any new variants as the delta variant’s spread sees Germany, Austria and many Eastern European countries impose some form of lockdowns. This was causing some concern for investors already before this new strain arrived on our worry screens. With equity valuations already highly stretched and a lack of liquidity around Thanksgiving, the moves are being exacerbated on Friday. We had in our earlier weekly notes this November already restated our view for a 5-10% correction before the Santa Claus rally kicked in, so this is playing out nicely if a bit more volatile than anticipated.

We mentioned VIX spiking in our daily report on Wednesday and last week we focused on the markets diminishing market breadth under the byline “you breath stinks”. For those not familiar, market breadth refers to the wide scale health of the stock market. If the SP500 rallies but only 10 stocks are making new highs or up on the day that means it is not a broad-based rally or it can be said to have poor market breadth. Traditional indicators are stocks trading above their 200-day moving average, stocks making new yearly highs or lows, and the number of advancers or decliners on a given day.

The number of stocks making new 52 week highs, above, is still falling. A bit concerning but other indicators are far more worrying.

Last week we highlighted the number of stocks making new lows was actually increasing despite the main indices rallying. Counterintuitive as it sounds. This trend has worsened and is now exceptionally high, the trend is actually accelerating. This rally was way too narrow and is now likely to pay the price.

The number of stocks above their long-term 200-day moving average (below) was also beginning to decline.  Well as we can see the trend has persisted. 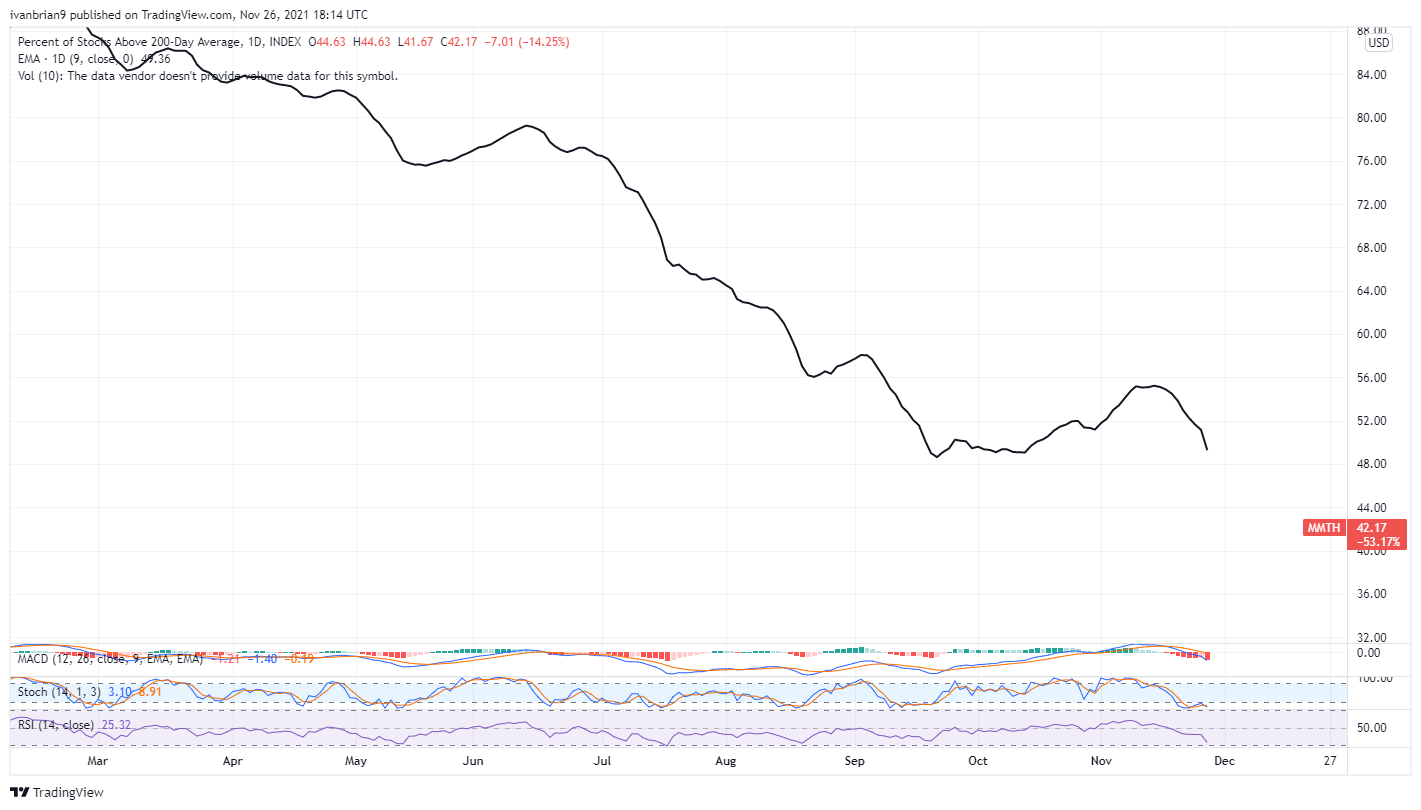 When you add this in with rising bond market volatility (MOVE) and rising VIX you have quite the recipe for fear, fear is the path to the Darkside as someone once said and is the path to suffering. Well, longs are suffering right now and we see this continuing into next week. We already have the macro background in place, rising inflation, rising yields, and rates and a rising dollar and now real fear.

MOVE Index, Bond market volatility above, and VIX chart below. Fear is now in charge of this market going forward. 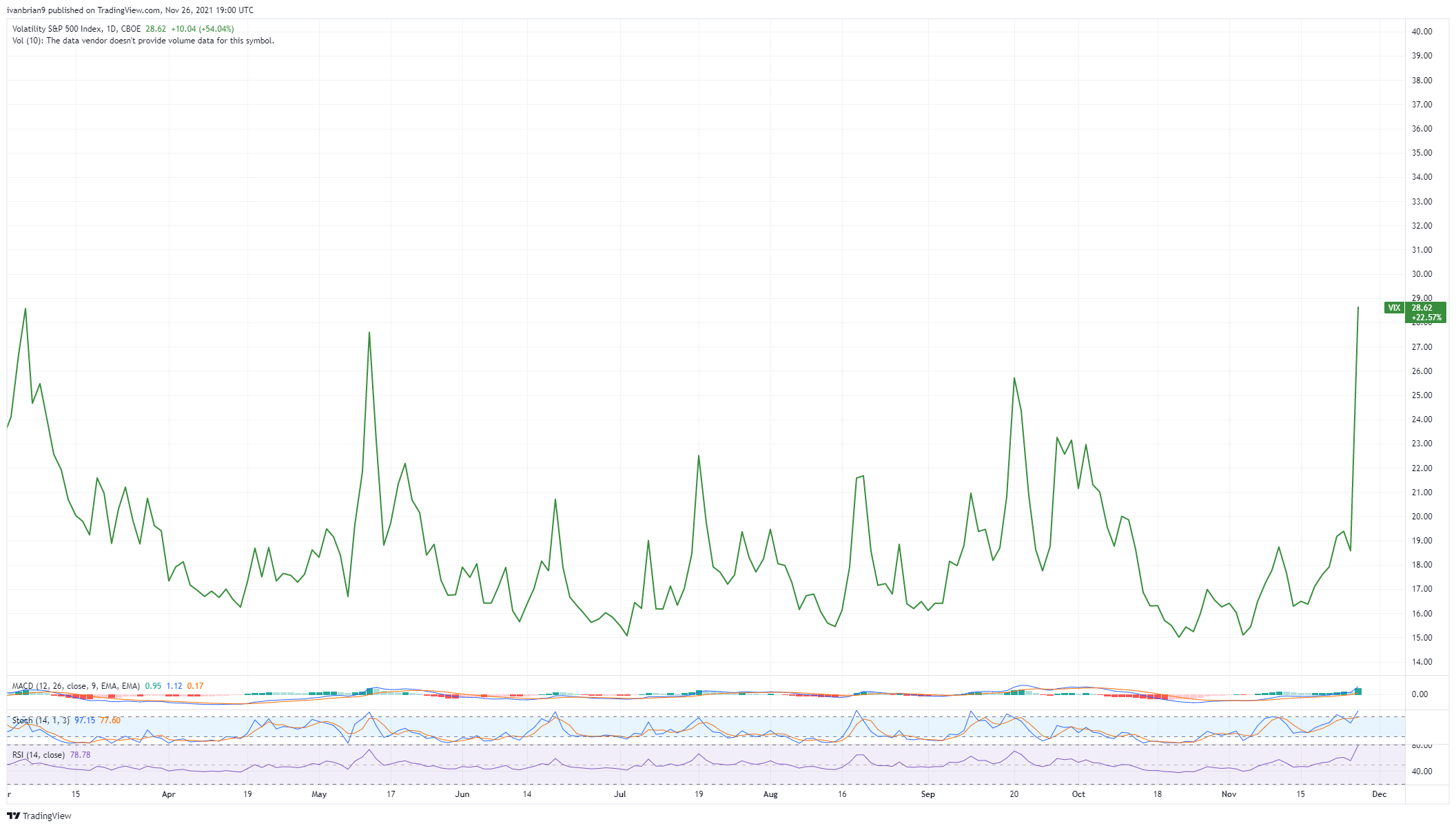 The latest sentiment surveys we have do not take Fridays move into account and will likely worsen. But already the American Association of Individual Investors (AAII) has turned bearish with the lowest bullish reading we have seen for some time.

The professionals have ignored the fear for now. The National Association of American Investment Managers (NAAIM) data shows investment managers are over 100% long the market still, but again as noted this data is also until last Wednesday. Expect a panic reduced number for next week. 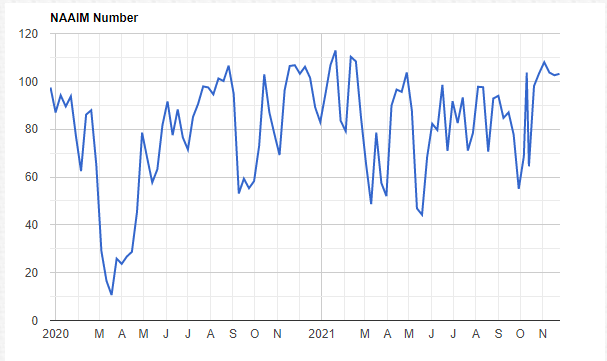 Our weekly note from last Friday "We are going to go out on a limb here and call for the S&P (SPY) to top out and retrace next week to $453. The factors above re market breadth are weighing on our mind as is the mess that Europe is in economically and covid related". Currently at the time of writing the SPY is at $456 so only 3 points to go with one hour left!

The market breadth indicators still favour more downside as does the now elevated VIX and other fear indicators. $453 won't hold and is not the buy the dip point in our view. That is more likely around $440 to $444. The bearish divergence in the RSI identified last week has now played out so watch for divergence on the downside. 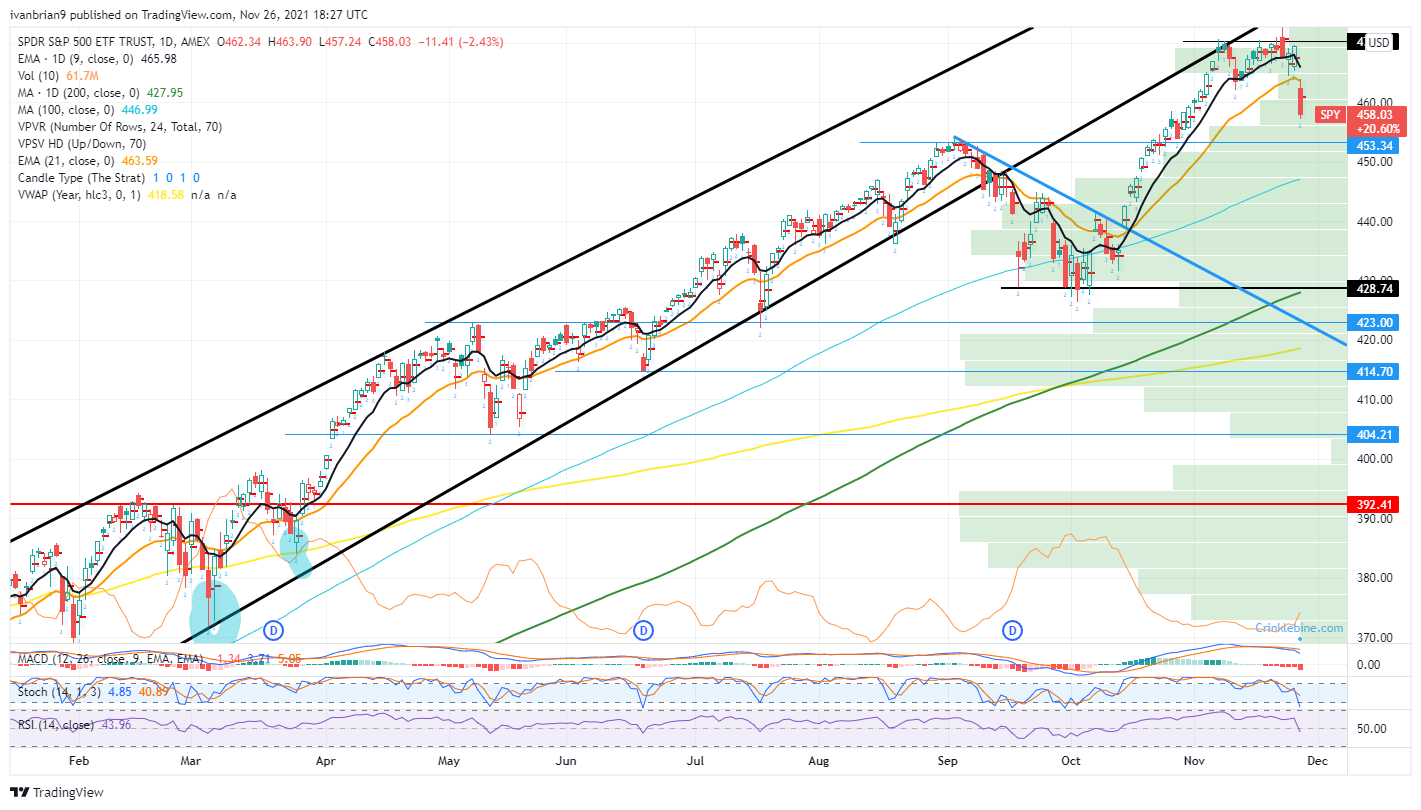 We still have a few retailers left to report and if recent evidence is anything to go by these will be mixed at best. Some meme stock favourites are still around such as Crowdstrike (CRWD) and Snowflake (SNOW). 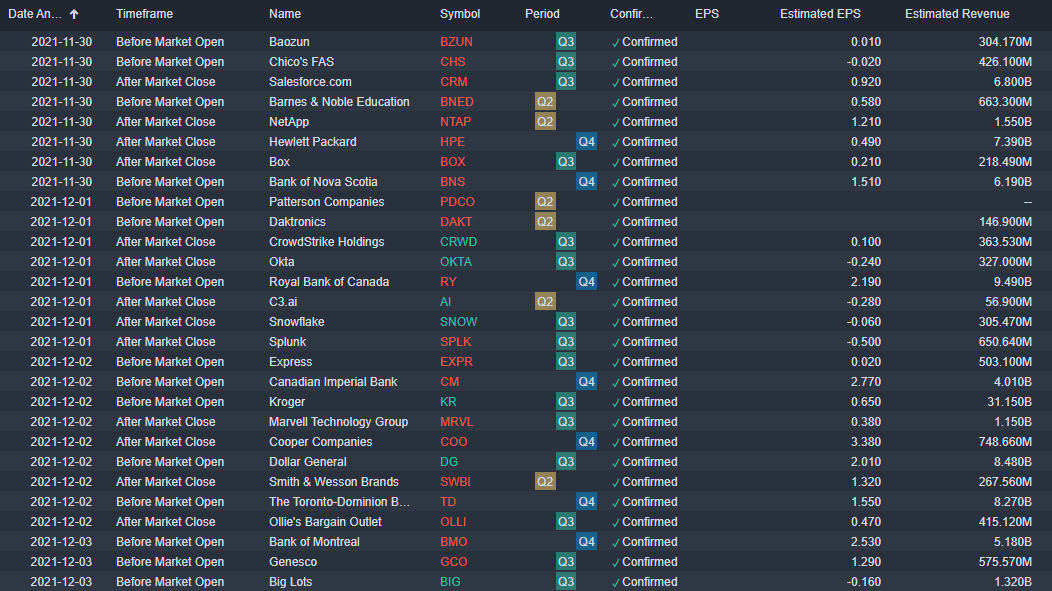 The week revolves, as ever for the first week of the month, around the employment report. Jobless claims have been hitting multi year lows so it should flow thorough to a positive report. Powell takes to the wires this week and his comments have more significance than usual now with the markets in full fear mode. Can he soothe them again? 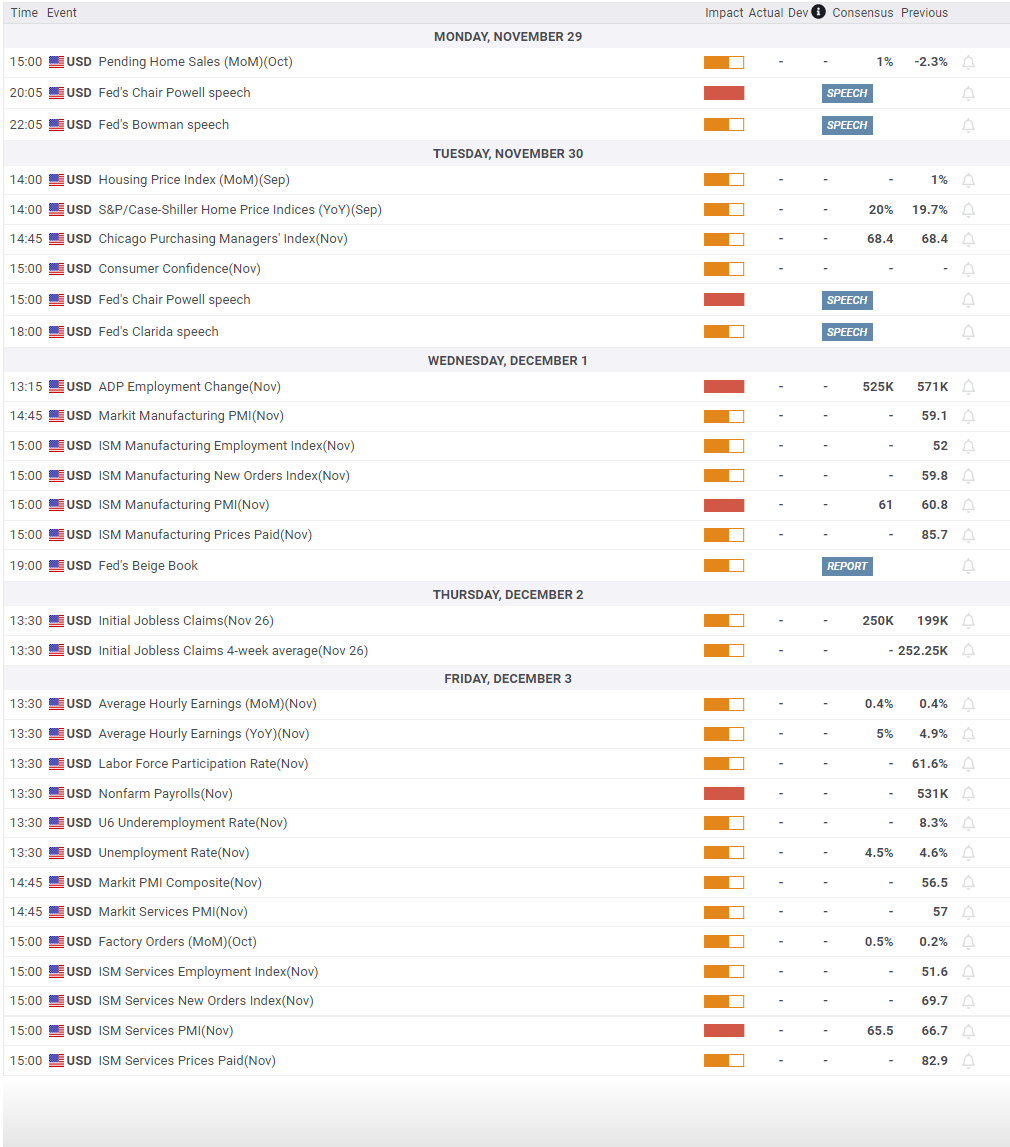 AUD/USD pressured around 0.6940 ahead of Australian employment data

The AUD/USD pair trades near a weekly low of 0.6910, down on Wednesday as investors weigh dismal Australian data and mounting recession concerns. Employment figures coming up next.