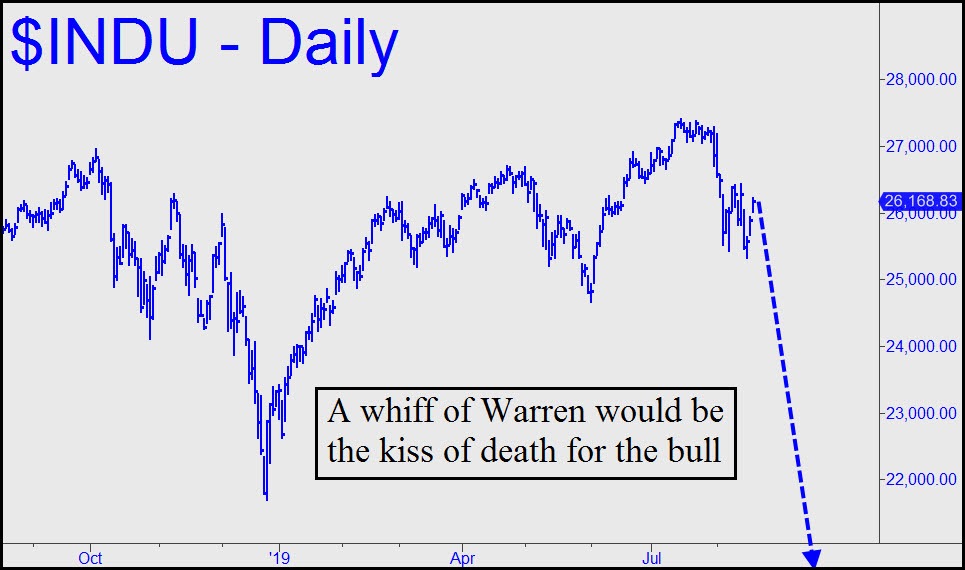 Trump is pulling out all of the stops to keep the economy humming as campaign season draws closer. On Tuesday he let Wall Street know he’s considering capital gains cuts and other pro-business changes in the tax code to help fortify the U.S.  economy against mounting recessions in Europe and China. His plan to index taxes to inflation will likely draw fire from the usual quarters, since those in higher tax brackets would reap most of the gains. Although even leftists undoubtedly recognize that inflation is one of the most pernicious and lucrative ways in which government steals from us, they’re willing to go along with it if most of the theft seems to be from "the rich." The fallacy lies in failing to acknowledge that the "wealthy" on whom blue-state voters would inflict higher taxes are in fact merely affluent. They don’t travel in chartered jets or spend summers cruising the Mediterranean. Rather, they are often working professional couples who borrow to put their kids through college like the rest of us, who live in houses bigger than they can afford, and who are challenged to save enough for retirement.

We have market historian Yale Hirsch to thank for discovering and explaining the stock market’s election cycle clearly enough so that it makes sense. Years one and two of a president’s term are spent taking care of political promises that don’t explicitly benefit "the rich." Year three is where the president starts giving away goodies, and that’s why it is the strongest part of the cycle, followed by year four. Trump isn’t taking any chances, and that is ample reason to give the ten-year-old bull market the benefit of the doubt.

He will be bucking strong headwinds, to be sure. Besides the by-now palpable threat of a global economic downturn, there is strong evidence that the U.S. housing and auto sectors have topped. If interest rates stay low and these key areas do not improve, Trump’s odds will decrease commensurately. And if stocks should start to plummet for no apparent reason, as they always do from the tops of bull markets, Trump could face a tough challenge from the likes of Elizabeth Warren, our current pick as the Democratic frontrunner.  Heaven help investors — help us all — if it begins to seem even remotely possible that she could win in 2020. The Dow Industrials would begin to fall hard for long stretches of weeks and months, dooming Trump’s reelection.  The bear market would begin to feed on itself at that point, with no bottom until Warren’s brand of socialism has wrecked America for a generation.