USDCHF came under significant downside pressure this week, quickly trimming its six-week bullish streak and diving back below the 0.9300 level.

Although the pair has dipped below the supportive 20-day simple moving average (SMA), the medium-term market structure remains skewed to the upside, with the golden cross between the 50- and 200-day SMA promoting the recovery.

Turning to the short-term picture, the pair is in a sideways move, but the momentum indicators seem to be leaning to the bearish side as the MACD keeps losing strength below its signal line and towards zero, while the RSI is set to stretch below its 50 neutral mark.

In brief, USDCHF is neutral with potential for a downside correction in the short-term window. In the medium-term, the bullish outlook is still intact as long as the price holds above 0.9217. 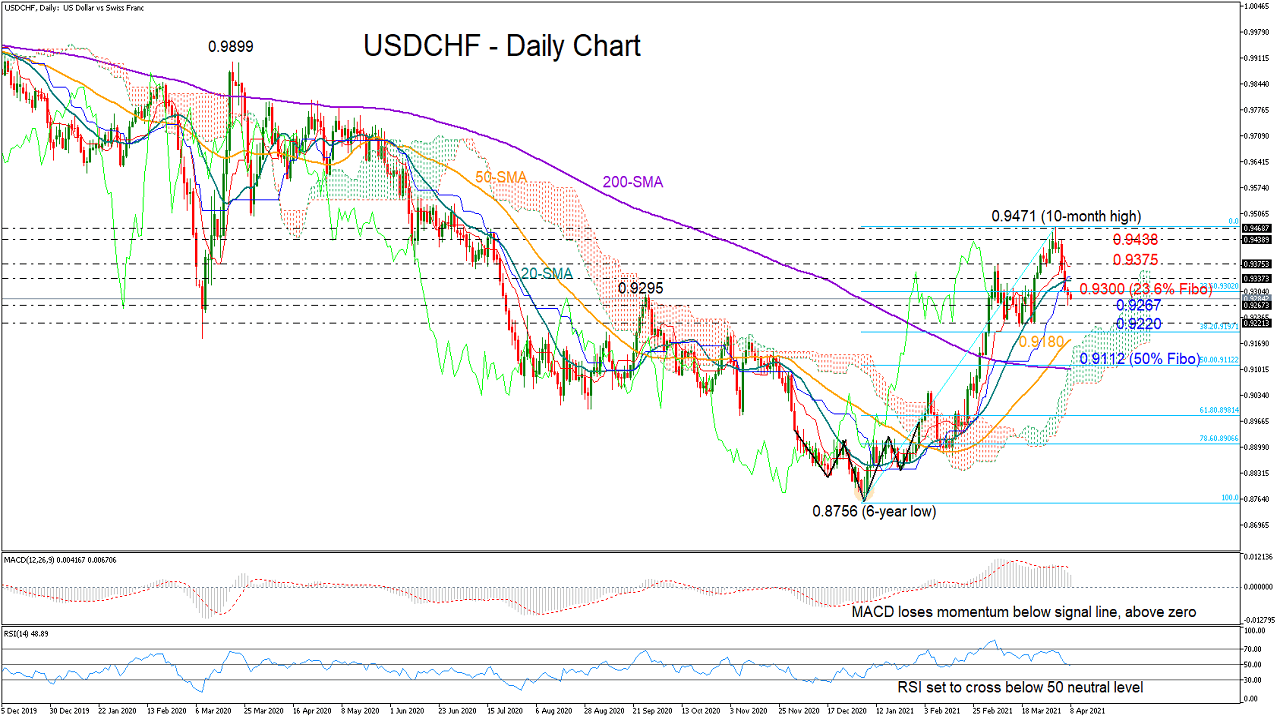