There is much to ponder on USD/JPY as another near term crossroads has been reached. The breakout above 109.70 has been met with a period of uncertainty on USD/JPY. The last two daily candles suggest a market nervous of the breakout. However, is this not just in keeping with several other breakouts in recent months? Time and again, the move goes maybe 30 to 50 pips through resistance, only to then hit the buffers, consolidate before retracing. Momentum indicators suggest that the pair is now into a consolidation phase. The RSI is again faltering in the 60/65 area, whilst the Stochastics are turning lower. How the market negotiates the breakout support at 109.70 or the rally high of 110.20 will now be key. Given today’s early tick back higher towards 110.00, another rejection to close back under the 109.70 breakout would be a corrective signal. However, the bulls will be looking to regain momentum again above the initial breakout high (at 110.20) which is something that has not been seen on previous breaks. That would then open 110.65 the old May 2019 high. 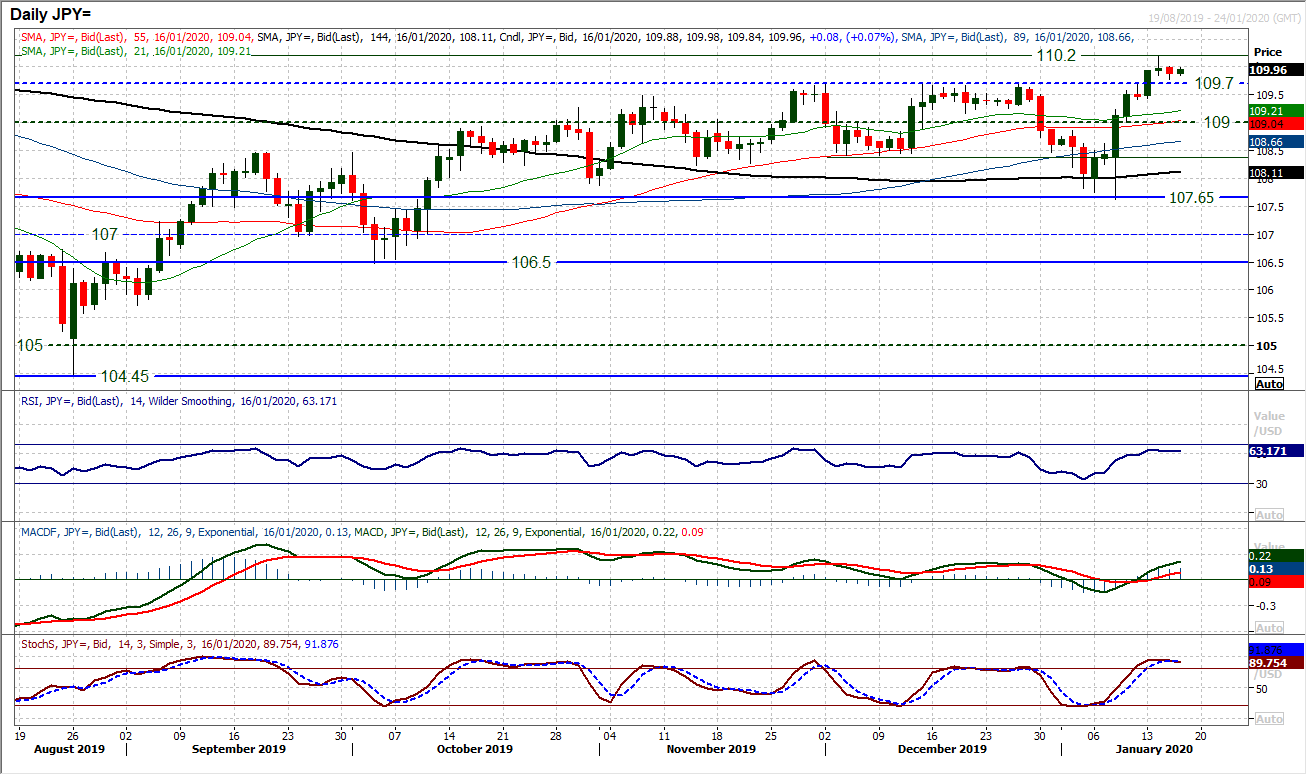