With risk assets surging higher for the second straight day, two of the safe haven currencies are getting left in the dust. FX traders piled in to buy the US dollar and Japanese yen aggressively in recent weeks as they unwound carry trades and sought a safe place to store capital, but now that tide is going out (or at least the latest “wave” of the flow is receding). While the market’s broader risk appetite has interesting implications for various pairs, we wanted to focus in on a key level that may determine which safe haven currency is king in the days to come.

Looking at USD/JPY, rates have seen a violent round trip after peaking near 112.00 in late February, collapsing all the way to near 101.00 by early March, and then rising from the ashes to tack on over 1,000 pips to trade back in the mid-111.00s as of writing: 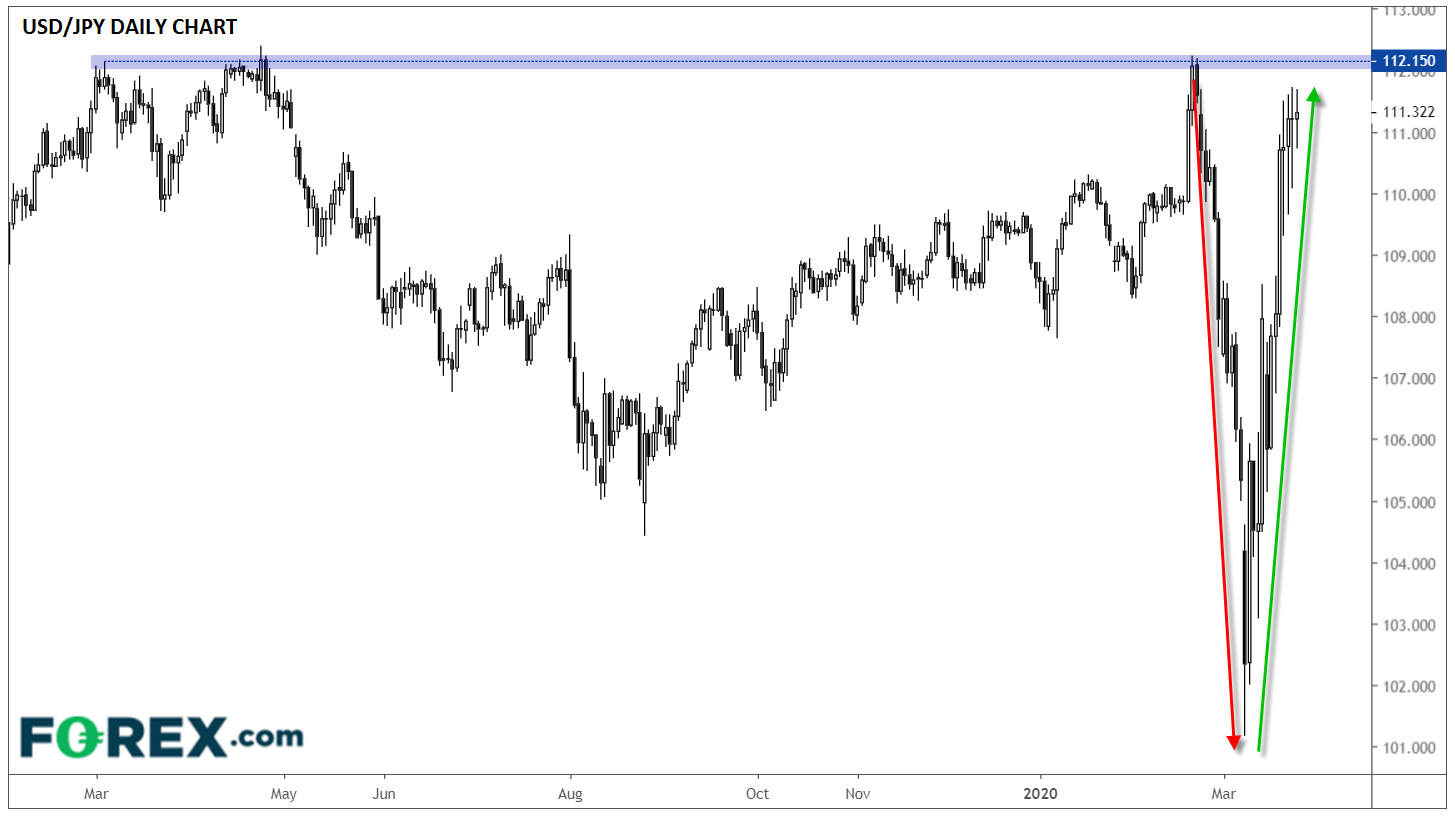 Generally speaking, ascending triangle patterns indicate growing buying pressure that most often leads to a bullish breakout and continuation higher, though as we approach month- and quarter-end rebalancing after one of the most volatile months in recent memory, all FX pairs may see less predictable moves. Nonetheless, a break above 111.60 (ideally confirmed by a daily close above that area) would be a bullish sign that could reaffirm the US dollar as the “Safe Haven King” of the FX market. Meanwhile, a break lower from the current ascending triangle pattern could be the first step toward a swing back toward the yen being the most in-demand currency on the market’s next bout of risk aversion.