April’s Nonfarm Payrolls had descended on a market primed for breakout in US statistics.

After 916,000 new hires in March, 41% more than forecast, and 379,000 in February, double estimates, markets were confidently expecting another excellent report with the May 7 release from the Bureau of Labor Statistics (BLS).

The consensus estimate of 978,00 was thought to be ripe for over-fulfilment. With the economy roaring at 11% annualized growth in the second quarter, according to the contemporary Atlanta Fed estimate, speculation over a blowout was rife.

If the whisper numbers of one million new jobs, or even one-and-a-half million had been reached it would have been far less of a shock than the actual drip of 266,000 new hires.

Markets are far more circumspect this time around. Nonfarm Payrolls are forecast to rise 664,000 and the Unemployment rate  (U-3) is expected to drop to 5.9% from 6.1%. Average Hourly Earnings are predicted to rise 0.2% after the 0.7% gain in April and to fall 0.4% on the year following the 0.3% increase prior, both reverses attributable to the anticipated hiring of lower wage workers. Average Weekly Hours should fall 0.1 to 34.9. The Labor Force Participation Rate was 61.7% in April and the Underemployment Rate (U-6) was 10.4%.

Employment indicators had seemed secure and expansive leading into the April Employment Situation Report, the official name for payrolls.

Clients of the private payroll company, Automatic Data Processing (ADP) reported 742,000 new employees in March, just under the 800,000 forecast and the highest number of new employees since September.

The overall manufacturing PMI dropped to 60.7 from 64.7, missing its 65 forecast, but given the exceptional performance this year and the absolute level that was not indicative of a slowdown.

The New Orders Index dropped to 64.3 in April  from 68, here also the recent numbers were remarkably active.

The one possible caveat was the Manufacturing Employment Index which faded to 55.1 from 59.6, well under its 61.5 forecast.  As with the others, this was ignored as a minor variation on a very good theme.

What happened to April payrolls? No one is quite sure.

One possibility is that the BLS seasonal adjustment was far off the mark.The unadjusted Nonfarm Payrolls number was 1.089 million. A seasonal adjustment designed to smooth out recurring monthly swings reduced it to the issued figure of 266,000. These revisions are based on the historical record.

Do assumptions founded in normal seasonal hiring patterns have any predictive value for a time frame as unusual as the past 15 months?

In a normal year summer temporary hiring that might begin in April and May would be discounted as part of long-term employment. This year, a good portion of the more than one million jobs reported in the raw numbers were likely not temporary employment at all but a return to pandemic squelched work. Did the BLS models differentiate between the two putting the rebound in permanent employment in the correct category? Even if the problem was recognized, as it probably was, how can statisticians determine the percentages until the temporary employment ends in the fall?

A second possibility is that the enhanced and extended, from June to September, federal unemployment benefits delayed the return of hundreds of thousands of workers to employment. For lower wage workers whose salaries might not be very different from their jobless benefits, taking the rest of the summer off is hardly an irrational choice.

The market response to April’s unexpectedly weak payrolls was equivocal. The dollar lost ground initially but in the month since the result has been mixed.

The greenback is lower against the euro, the sterling, the Swiss franc and the Canadian dollar, higher versus the Japanese yen and the  Australian and New Zealand dollars. 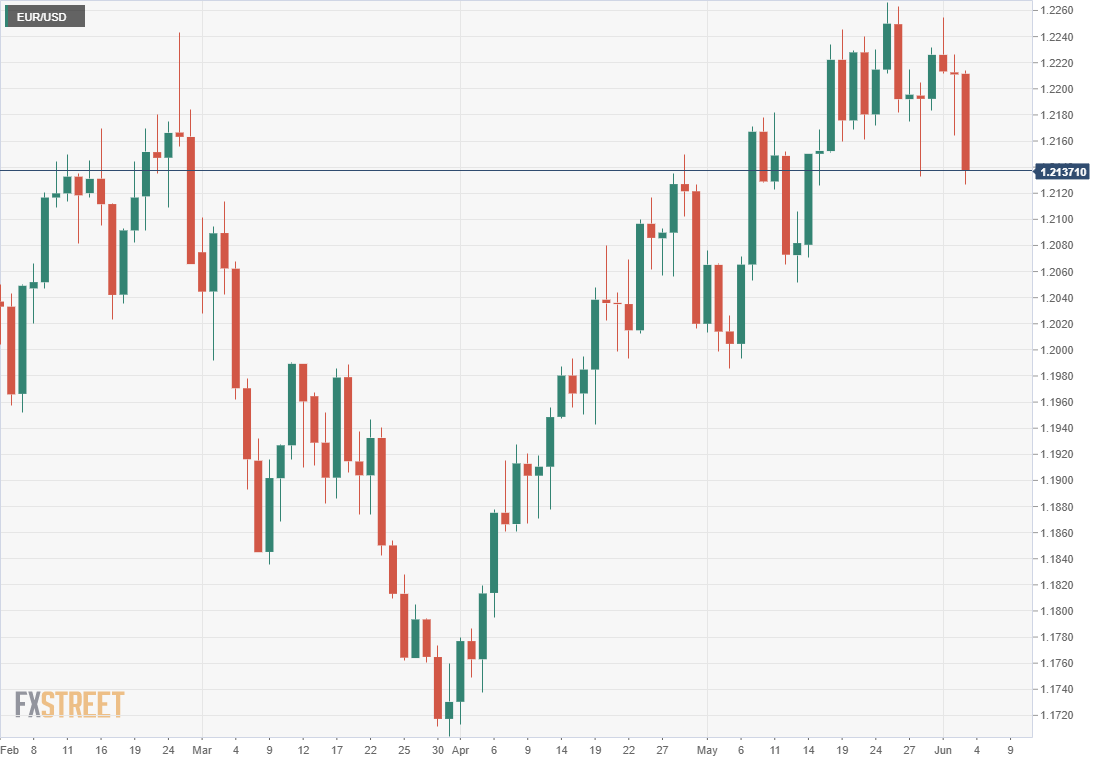 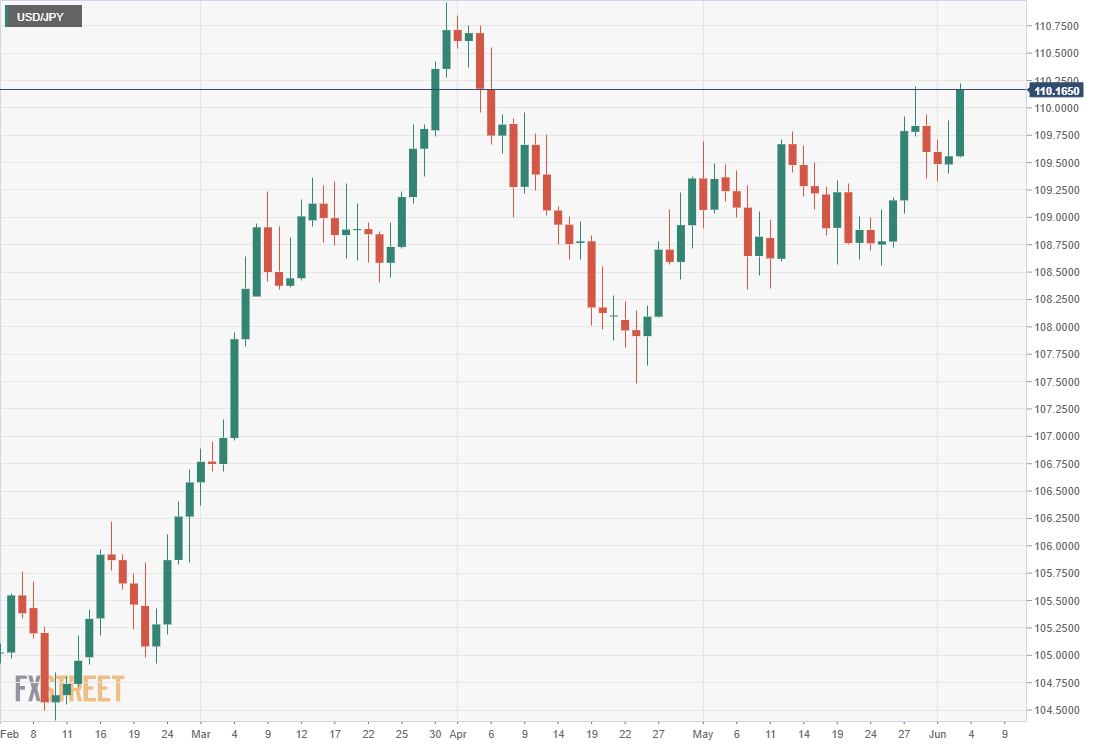 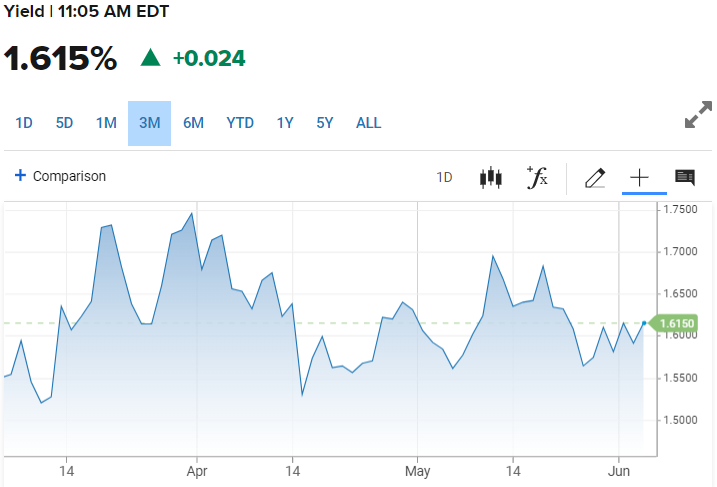 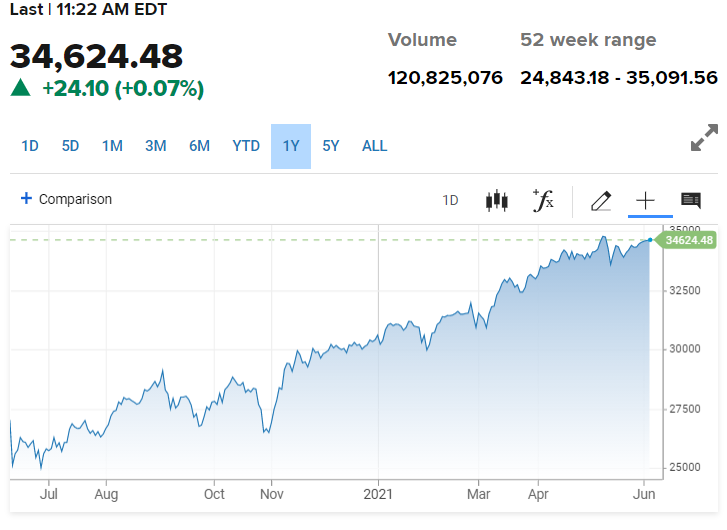 Most US statistics continued to improve last month with the important exceptions of employment indexes from the Institute for Supply Management.

The US economy is growing at a 10.3% annual rate in the latest Atlanta Fed estimate.

However, the manufacturing sector, as it did in April, is displaying another labor market warning. The ISM Employment PMI dropped sharply to 50.9 in May from 55.1 in April. It had been forecast to rise to 61.5, the same level that was missed in April.  The other indexes improved. Overall PMI to 61.2 from 60.7 and New Orders to 67 from 64.3.

The service sector continued to soar. Overall PMI jumped to 64 from 62.7, a more than decade high. New Orders climbed to 63.9 from 63.2, far more optimistic than the 57.9 consensus estimate. Only Employment PMI showed hesitation, dropping to 55.3 from 58.8, missing the 58 prediction. Managers in both sectors noted material shortages and difficulty in finding qualified personnel. 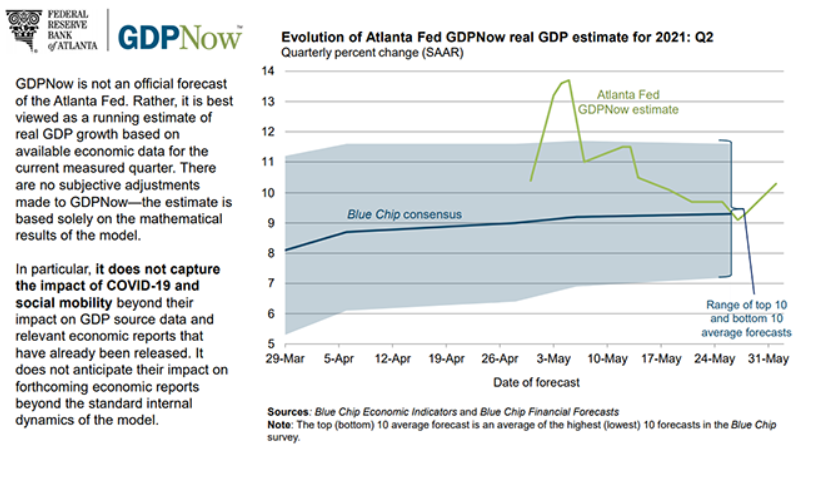 Another large miss for US payrolls will be devastating for the recovery narrative. How much of a warning is the weak manufacturing employment PMI? Is the anemic hiring in April and perhaps May a temporary phenomenon related to extended unemployment benefits or is it a sign of deeper problems in the US labor market?

With 8.1 million unfilled positions in the March Job Openings and Labor Turnover Survey (JOLTS), likely more in April and May, and employers offering higher wages, the lack of hiring appears inexplicable.

Fed policy will be the immediate focal point, with the Treasury market the scene of the action. Weak payrolls will help to stave off the inevtiable taper discussion and keep rates stable. Strong job creation will bring the taper, if not a tanturm, to the forefront of Fed policy. Either way it is not a topic the Fed can avoid for much longer.

If the May payroll number disappoints, it will not matter to the markets whether it is from a lack of interested workers or a lack of jobs, the dollar, equities and Treasury yields should fall.

If May payrolls resume rapid growth, even if April remains unexplained, the recovery narrative will restart; but after the recent scare, markets will need additional reassurance before taking that growth to the bank.