The US labor market continued its slow progress to normality as firms hired 390,000 workers in May, bringing total nonfarm employment to just 822,000 less than in February 2020, according to the Bureau of Labor Statistics on Friday.

Unemployment was stable at 3.6%, where it has been for three months, 0.1% higher than at the start of the lockdowns and the lowest level since December 1969.  Analysts in the Reuters survey had anticipated 325,000 new workers and a 3.5% jobless rate.

Jobs were spread across most categories, with only two, retail and motor vehicles and parts shedding workers. Leisure and hospitality led all groups, as it has for three months, with 84,000 new workers. In the past 12 months, the area has added 199,000, more than any other category and 52% of total private hiring. Professional and business services added 75,000, transportation and warehousing rose 47,000 and construction increased 36,000. Retail trade lost 61,000 positions though it is still 159,000 above its pre-lockdown level.

Leisure and hospitality employment was hardest hit by the lockdowns and subsequent restrictions, losing more workers than any other industry. The predominance of these workers in the hiring of the last year suggests that the economy is not creating new jobs but simply filling those left empty by the economic collapse brought on by the lockdowns.

If that is the case, the 1.5% GDP contraction in the first quarter and the 1.3% estimate for the current three months from the Atlanta Fed, are unlikely to provide equal job creation once the losses from 2020 are filled.

Average Hourly Earnings rose 0.3% in May and 5.2% for the year. Earnings have declined sharply from their peak of 5.6% in March. Labor Force Participation was unchanged at 62.3%, matching its post-pandemic high, though 1.1% below the February 2020 level of 63.4%.

The Employment Situation Report, the official name for the May NFP data, was no doubt a relief for Fed policy makers. Having turned the bank toward inflation after two years of focusing on job creation, payrolls are still a major sensitivity.

A collapse in hiring would put great strains on the Fed rate hike program. With May successfully behind them, the voting members have just June’s NFP on July 8 before considering a second 0.5% hike at the July 27 bank meeting. This month’s FOMC meeting on June 15 has a  94.2% probability for a 0.5% increase.

The decline in wage gains to 5.2% in May underlines the threat to consumer spending from rampant inflation and the danger to growth in the the United States' consumption-based economy.

Consumer purchasing power has been eroding for 14 months.

In March CPI was 8.5% and Average Hourly Earnings (AHE) rose 5.6%, a difference of 2.9%. In April CPI was 8.3% and wages gained 5.5%, an improvement to 2.8%. The sharp fall in May AHE to 5.2% means that even if CPI comes in as expected next Friday at 8.2%, the purchasing gap will have expanded to 3.0%. With West Texas intermediate (WTI) up 10.6% in May, the potential for CPI to run hotter than expected is high. The faster the inflation rate, the greater the drain on consumer finances.

If Americans pull back on spending before the end of June, second quarter GDP could easily become negative, meeting the traditional standard for a recession.

How will the Fed justify a rate increase at the September 21 meeting if the US is in a recession?

May job creation has kept Federal Reserve rate policy on track, virtually guaranteeing a 0.5% increase this month and another in July. The credit, equity and currency markets reflected that reality.

Treasury returns rose across the yield curve, though they remain below the highs reached in the first week of May. The 10-year yield climbed 2.6 basis points to 2.941% and the 2-year added 1.9 points to 2.657%. 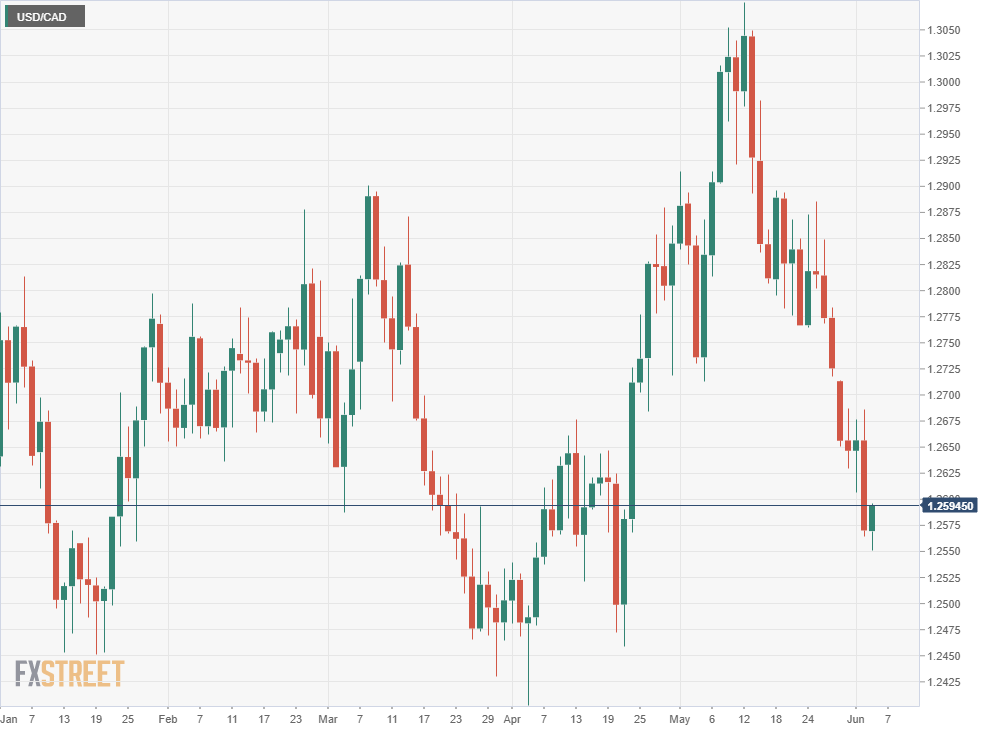 The dollar saw gains in all the major pairs with the smallest in the USD/CAD as WTI closed at $118.77, its highest since the first week of March and the reaction to the Russian invasion of Ukraine.