Good Day… And a Wonderful Wednesday to you! I was watching my beloved Cardinals get shut out again last night, and I heard the two knucklehead announcers say that they didn’t see this coming, all these shut outs… I sat there and said… I guess they don’t read the Pfennig, nor do they listen to me during spring training games, when I kept saying out loud… This team can’t hit! Well, they can sometimes, but most nights it’s just not their night to hit… Unfortunately, those nights are becoming more and more often… UGH! Well, day one, alone, was no biggie… I actually slept for most of the afternoon, since I was up at 3 am to take my wife to the airport… I ate Chinese food for dinner last night and my fortune cookie’s message to me was; “Your personality is fueled by the fascination you feel for life” I thought, by gosh, by golly it’s right! Rod Stewart greets me this morning with his rock classic song: Maggie May…

Well, the constant buying of dollars by the dollar bugs tailed off yesterday, and the currencies, led by the euro, were able to gain back some of their lost ground… Not all, but some… Well, longtime reader Bob, sent me a note last night, that scared the bejeebers out of me first thing this morning… So, since it hit me like a ton of bricks, I thought why not you too? Here it is: The amount of negative yielding global sovereign bonds has never been higher, now $12 trillion worth. So bad is the global economy, so nervous is big money, that it is prepared to PAY for the privilege of owning government issued debt.

And yesterday, European Central Bank (ECB) President Mario Draghi, threw the euro under the bus again, when he talked about how the Eurozone had not reached its inflation target, of 2%, and therefore he had plenty of arrows in his quiver to combat that, including deeper negative rates, and bond buying...

This talk should have shook the euro to its foundation... But it didn't... I thinking that traders have seen and heard enough of Draghi, by now, and just don't pay attention to him... But deeper negative rates?

Oh, me oh my… And I can’t help but think that before we know it happened, U.S Treasuries will see a part of its curve in negative territory… Yes, I’m saying negative yielding Treasuries are in our future… Just like negative deposit rates are too… I know, I know, I sound like Dr. Doom, and quite frankly, I think Dr. Doom is too Polly Anna for what’s in store for us in the next recession!

But I’m really a very positive person! When positivity is called for that is… Other than that I’m just a guy that calls them the way he sees them… So, now that we’ve laid that groundwork… I have a very interesting FWIW article today, it'll have you scratching your head and wondering What the Hell! (WTH)

The Fed's FOMC Meeting will end this afternoon, but not before we find out who sunk Bullard's battleship! HA! I really threw a grenade from left field yesterday, when I told you I expected to see a rate cut in July and 2 more before year-end, didn't I? But that's not today, and today we're going to hear the Fed heads talk about how things have changed since their April meeting, and that they see the need for a rate cut should they continue to deteriorate. That should do the trick, for the dollar folks, but then we never know, right?

Gold found its way to gain $7 on the day yesterday, but is down $4 in the early trading today. Can't have Gold getting to close to the Maginot line of $1,350 now can we? Well, like I said yesterday, there will be a break through in the Maginot Line for Gold, and I do believe it's coming soon...

But for now, you're still able to pick up some physical Gold before the break through $1,350 comes... Because after the break comes and it is followed through, it won't be too late, but shall we say, tardy?

The U.S. Data Cupboard only has the FOMC Meeting on its agenda today... Yesterday, the housing data proved me to be correct, when I said it lags and that houses can still be being built well into a recession... There isn't much in the Data Cupboard for the rest of the week after today, so the way I see this going is that the Fed hints and greases the tracks for a rate cut in July, which causes whiplash to the markets, and then it will linger through the weekend because there's nothing else to deal with, data-wise.

OK, the meeting is on! It was announced yesterday that Trump and Xi WILL meet at the upcoming G-20 meeting. The markets breathed a deep sigh of relief hearing this, but I have to ask them why? When in all their years of dealing with meetings have they ever been a part of a meeting that actually accomplished anything? Come on.... I shake my head in disbelief that they fell for the "meeting"....

Before I head to the Big Finish today, I wanted to mention that all the saber rattling going on between President Trump and Fed Chairman Powell, is getting old... But I have a suggestion for the President, should he find that he needs to add a Fed Head... I would love for him to consider economist, Danielle Di Martino Booth... She's been in the belly of the beast (the Fed) before, and has a better viewpoint as to what the Fed needs to do...

To recap... The currencies fought back yesterday, and through the overnight markets to start today, looking a bit healthier than yesterday morning. Draghi tries to throw the euro under a bus again, but this time traders aren't hearing him... But Draghi did mention deeper negative rates, and that has Chuck talking about how he see those coming to the U.S.

For What It’s Worth… Another article sent to me from dear reader Bob last night, and this one just makes me madder than hell! This article is about what the Banks did with all the Billions of cash the Fed gave them after the last financial meltdown.

Or, here’s your snippet: “After receiving billions in aid from U.S. taxpayers, the nation's largest banks say they can't track exactly how they're spending it. Some won't even talk about it. "We're choosing not to disclose that," said Kevin Heine, spokesman for Bank of New York Mellon, which received about $3 billion. The Associated Press contacted 21 banks that received at least $1 billion in government money and asked four questions: How much has been spent? What was it spent on? How much is being held in savings, and what's the plan for the rest? None of the banks provided specific answers. Some banks said they simply didn't know where the money was going.

There has been no accounting of how banks spend that money. The answers highlight the secrecy surrounding the Troubled Asset Relief Program, which earmarked $700 billion ... to help rescue the financial industry. Lawmakers summoned bank executives to Capitol Hill last month and implored them ... not to hoard it or spend it on corporate bonuses, junkets or to buy other banks.

But there is no process in place to make sure that's happening and there are no consequences for banks that don't comply. Meanwhile, banks that are getting taxpayer bailouts awarded their top executives nearly $1.6 billion in salaries, bonuses, and other benefits last year. Congress attached nearly no strings to the $700 billion bailout in October. And the Treasury Department, which doles out the money, never asked banks how it would be spent. No bank provided even the most basic accounting for the federal money. Most banks wouldn't say why they were keeping the details secret.”

Chuck Again… Well, I can tell you that some banks didn’t want to take any cash but were made to take it anyway… But aside from that, the Gov’t doesn’t want to know what the banks did with the money… And since there apparently isn’t any accounting of the money… Now you tell me how in the hell that happens when there are bank auditors? I’m shaking my head in total disgust this morning and had better calm down because I’ll be having my blood pressure taken shortly! UGH!

That's it for today... And this week... Sorry, but I'm needed somewhere tomorrow morning... I know, I know I'll miss talking about the FOMC, but I'm sure the media outlets will cover it... Not the way I do, but at least you'll know what the main story is. My good friend, Dennis Miller, is hanging in there, and is almost finished with his treatments. He still needs your prayers though, so don't forget! I get to see my oncologist today... She's great! I don't think I continued to drop any weight, so she'll be good with where I am now... I think I need a different antibiotic to combat the cellulitis in my leg... It just keeps hurting and doesn't heal... Oh well... life goes on...  The Strawbs takes us to the finish line today with their song: Autumn.... Hold on to me, I'll hold on to you, the winter long I will be with you.... I love that line... if you hold me, I'll hold you... You can bet your sweet bippie I will! I hope you have a Wonderful Wednesday, and Tub Thumpin' Thursday, and Fantastico Friday! And I hope you continue to Be Good To Yourself! 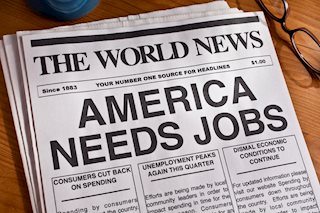