The initial purchasing managers index for manufacturing is expected to rise to 50 while the index for services is seen rising to 48. (9:45 a.m. ET).

We get the Fed minutes and the flash PMI’s today but it’s likely the big story is at least some economists starting to buy into the bond market’s vision of a far less aggressive Fed going forward. The economists are still divided on the inevitability of a fat recession next year. The yield inversion is the biggest of all time, showing the bond gang accepts the worst-case scenario, despite decent growth expected in Q4 and a strong labor market. The Atlanta Fed estimate last time was 4.2% GDP growth and we get another update today.

So the jury is still out on recession, but consensus is solidifying fast on the Fed. Beware the minutes today. For one thing, commentators front-load expectations that hardly ever get met. The minutes almost always disappoint and analysts end up counting specific words for clues. For another, we still have data to come before the next Fed meeting and a rush to judgment is dangerous. Finally, we are going into a 4-day holiday in the US and the minutes don’t come out until 2 pm, when a lot of people will have one foot out the door.

In other words, it’s almost over.

The WSJ has an article about the uncertain effect on the economy of Fed rate hikes, and the delay it can take before hikes work to cut inflation–as much as 3-4 years. This time the Fed moved exceptionally fast, something Powell justified by the abnormal pace of inflation and the low starting point. The article runs through the outcomes for various sectors in each of the previous hiking rounds–stock market, housing, labor market, and bonds, which now offer the highest yields since 2007. The conclusion is a cheery one: “If the fall in core inflation (which excludes the volatile food and energy components) between September and October continues, and September proves to be the peak, the time between the first Fed increase and the high point of inflation will be one of the shortest of any Fed hiking cycle. 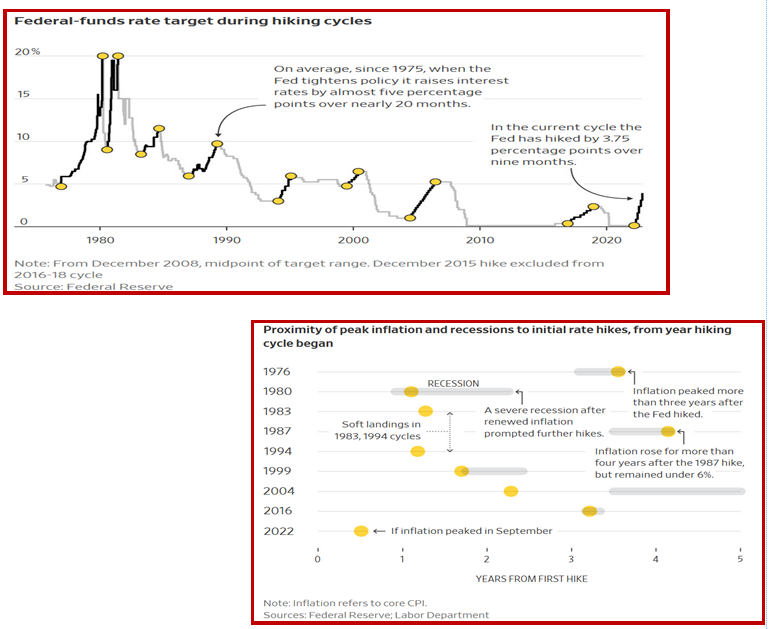 “Often, the break in inflation has been accompanied by a recession. But recent economic readings have been strong–the economy grew in the third quarter, job openings remain high and jobless claims remain low. Whether the economy escapes a recession now hinges to a large extent on whether that fall in inflation continues apace.”

From another direction, we get a glimmering of a really good possibility inflation is falling faster than we think. Krugman in the NYT has a stunner of an article showing that if you recalibrate the cost of rent to show recent fat declines, as the Zillow version does in the first chart. Remember that “rent” covers homeowners estimating what they would pay if they were renting the houses they actually own, and true rent of recent renters–but new renters are seeing prices drop. And rent is over 30% of CPI. Falling costs are not reflected in the statistics yet because of the lag in reporting. 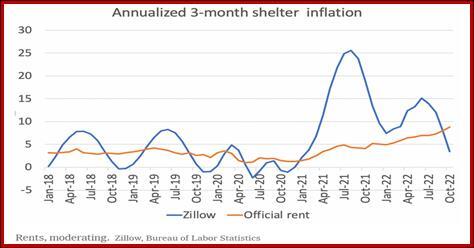 The second chart reinforces the idea that the supply bottleneck is getting fixed. We wrote earlier this year we could expect a fix by Q4, and here it is. 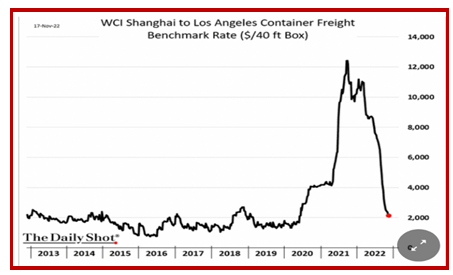 Here’s the thundering deduction: If the official statistics used the unlagged data, see chart 3. CPI inflation would be about 3% using the hypothetical data. (It would be confirmed in January or February.) Krugman doesn’t say inflation is over, but it’s awfully nice to imagine the respite. Now if only we knew what the back room Fed economists think of this. 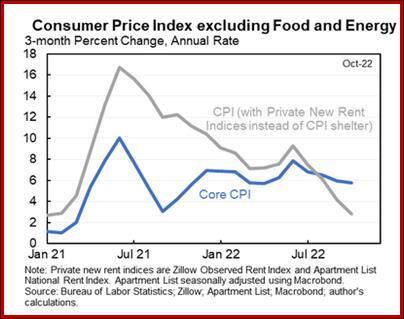 Unless there is some kind of geopolitical crisis–and strange stuff is happening in the Middle East (Saudi backing Turkey) and China–the need for a safe haven is diminishing and the dollar rally is at real risk. As long as rate hikes were aggressive, and 75 bp four times in a row is super-aggressive, the dollar had traction. Now the consensus is forming that peak inflation is behind us and the Fed can take its foot off the gas pedal. Meanwhile, others are still hiking (New Zealand) and even the Europeans say they want to catch up to the US. (Heaven only knows what the BoE is up to). One of the few known unknown surprises might be Japan giving up curve control, but nobody sees that coming.

We have been expecting the dollar pullback to be smallish and short-lived, with a recovery going into year-end and Q1. Now we have to reconsider.