More and more people are beginning to recognise, having already had such a good run in stocks and property in recent years, that continued market risk may not be the best course of action. I am speaking here of less active investors.

The opportunity is shifting incredibly fast to the active, even aggressive trader, who is willing to trade markets up or down without attachment.

Being quick on one's feet has never been more important and that is purely in the power of the individual investor/trader. The big institutions are well behind the curve still debating what the Federal Reserve or Reverse Bank of Australia are doing? When in fact what those institutions are saying or doing is backward and inept.

The individual investor/trader has the advantage.

The big institutions are so tired up in their keep their individual careers safe by hiding in the small minded crowds formed by committee meeting structures, they are completely inappropriate as platforms for successful trading.

John Maynard Keynes said a long time ago that trading by committee was a sure path to failure.

Always has been. Always will.

This is the age of the individual investor. Same information at the same time as the big banks and funds, but with the fleet of foot access to the market that completely bypasses all the nonsense of those institutions.

Which brings us to the market activity of the day.

The decline was the product of key technical levels breaking, itself triggered by increased risk of war and perhaps with US direct involvement.

The recovery was driven by both bargain hunting by some funds that are still bullish, and also by the WHO saying Omicron could prove to be part of the solution long term to the pandemic.

Something we have been thinking as well. Though on the economic side the market under-estimates the long term damage and dislocation that is is already in place.

As the rally was over-stated on the WHO announcement with day traders joining that drive, and the risk of very real sustained military conflict grows, this rally may last about as long as a snowflake in summer.

On a purely technical price action basis what we just saw would normally signal a period of consolidation with upward pressure. So there is an argument there.

It is just the background fundamentals being of greater deterioration than the market anticipates and the on-going pressure cooking regarding Ukraine, that sways me to favour this time the usual price action reversal pattern will not be sustained.

In fact, the market could drop again rather quickly.

Yesterday, I was forecasting AUS200 6800 as a far away target. We almost got there overnight? Well almost to 6900, but still that was a very big move.

The technical traders will be in a buying frenzy on the basis of the strong reversal and New York close, but suggest be wary the still un-changed background fundamental picture. 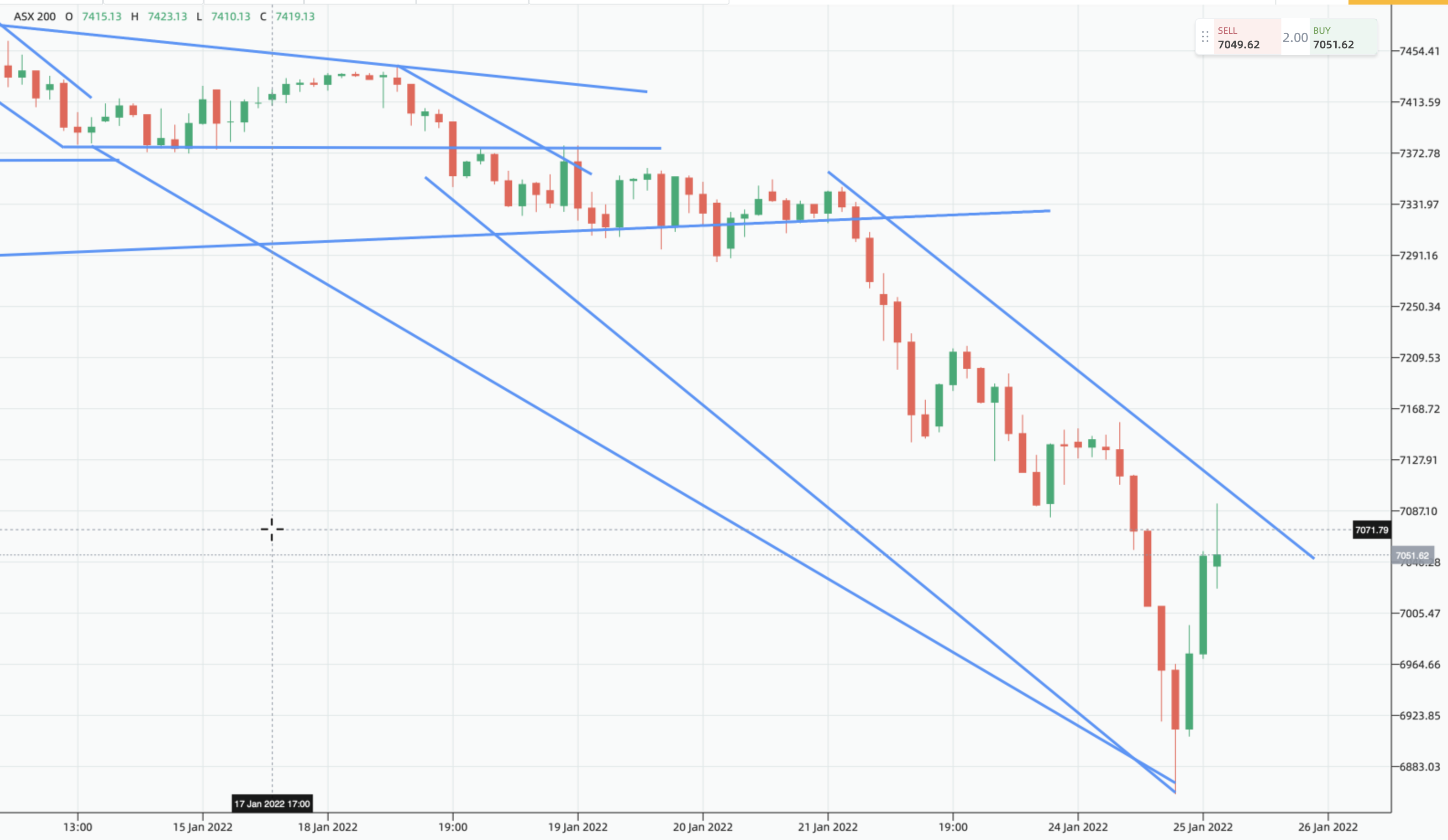