Gold broke below key support areas and lost more than 4% to end the week below $1,800 pressured by technical selling pressure and the lack of interest for safe-haven assets.

Gold started the week under strong bearish pressure as risk flows continued to dominate the financial markets.AstraZeneca announced on Monday that the COVID-19 vaccine they have been developing with the Oxford University showed up to 90% effectiveness in the latest trials. Following this development, the XAU/USD pair lost 1.77% on Monday. Moreover, the upbeat Markit PMI data from the US, which showed ongoing expansion in the manufacturing and service sector’s business activity at a robust pace in November, provided an additional boost to the risk-sensitive assets and further weighed on gold.

On Tuesday, the risk-on mood remained unimpaired and caused XAU/USD to slump to its lowest level since July 17th near $1,800. However, the broad selling pressure surrounding the greenback allowed the pair to limit its losses.

On Wednesday, mixed macroeconomic data releases from the US failed to trigger a significant market reaction. The US Bureau of Economic Analysis reported that it left the annual GDP growth in the third quarter unchanged at 33.1%, the Department of Labor’s weekly publication showed that Initial Jobless Claims rose by 30,000 to 778,000 in the week ending November 21st. Additionally, the US’ international trade deficit widened to $80.29 billion from $79.36 billion and the University of Michigan’s Consumer Sentiment Index declined to 76.9 from 81.8. On a positive note, the Durable Goods Orders in October rose by 1.3% and surpassed the market expectation of 0.9%.

The thin trading conditions due to the Thanksgiving Day holiday in the US allowed gold to consolidate its losses in the second half of the week. However, a drop below $1,800 on Friday triggered a technical selloff and dragged XAU/USD to a fresh multi-month low of $1,774.

At the start of the week, the official Manufacturing and Non-Manufacturing PMI figures from China will be the first data that could have an impact on market sentiment.

On Tuesday, FOMC Chairman Jerome Powell will be testifying before Congress and investors will look for fresh clues regarding possible adjustments to the asset purchase program. The FOMC’s November Minutes showed on Wednesday that policymakers noted they could provide more accommodation, if appropriate, by increasing the pace of purchases or shifting to longer maturities. In the meantime, the ISM Manufacturing PMI will be featured in the US economic docket.

On Thursday, the ISM Services PMI and the Initial Jobless Claims data will be released from the US. However, investors are likely to ignore these data while waiting for the US Bureau of Labor Statistics Nonfarm Payrolls (NFP) report on Friday. Analysts expect the NFP to come in at 520,000 in November following  October’s increase of 638,000. A better-than-expected reading could help US stocks gain traction and make it difficult for gold to find demand. 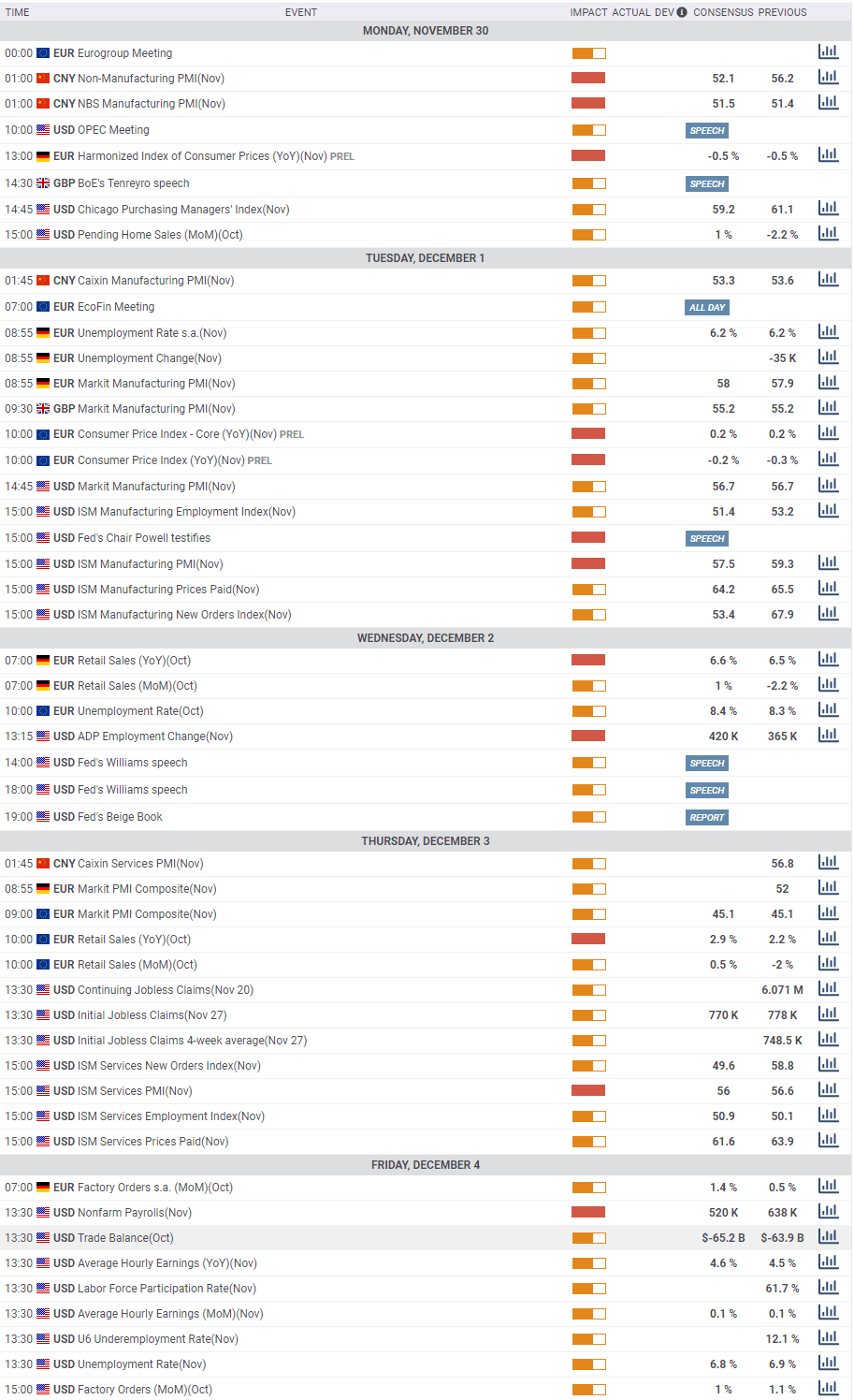 The sharp decline witnessed on Friday dragged XAU/USD below the critical 200-day SMA for the first time in more than eight months. On the daily chart, the Relative Strength Index (RSI) indicator is at its lowest level since March near 30. The last time the RSI fell to this level, it staged a decisive rebound.

Although a technical correction in the near-term is likely, buyers could struggle to take control of the price unless it reclaims $1,800 (200-day SMA). Above that level, $1,820 (November 25/26 high) is the next resistance before $1,850 (Fibonacci 61.8% retracement of the June-August uptrend).

On the downside, the initial support is located at $1,750 (static level) ahead of $1,720 (the beginning point of the June-August uptrend).

Despite the fact that the technical outlook favours bears following this week's sharp decline, the FXStreet Forecast Poll shows that experts see the precious metal recovering in the near-term. The one-week and the one-month views point out to an average target of $1,820 and $1,829, respectively. 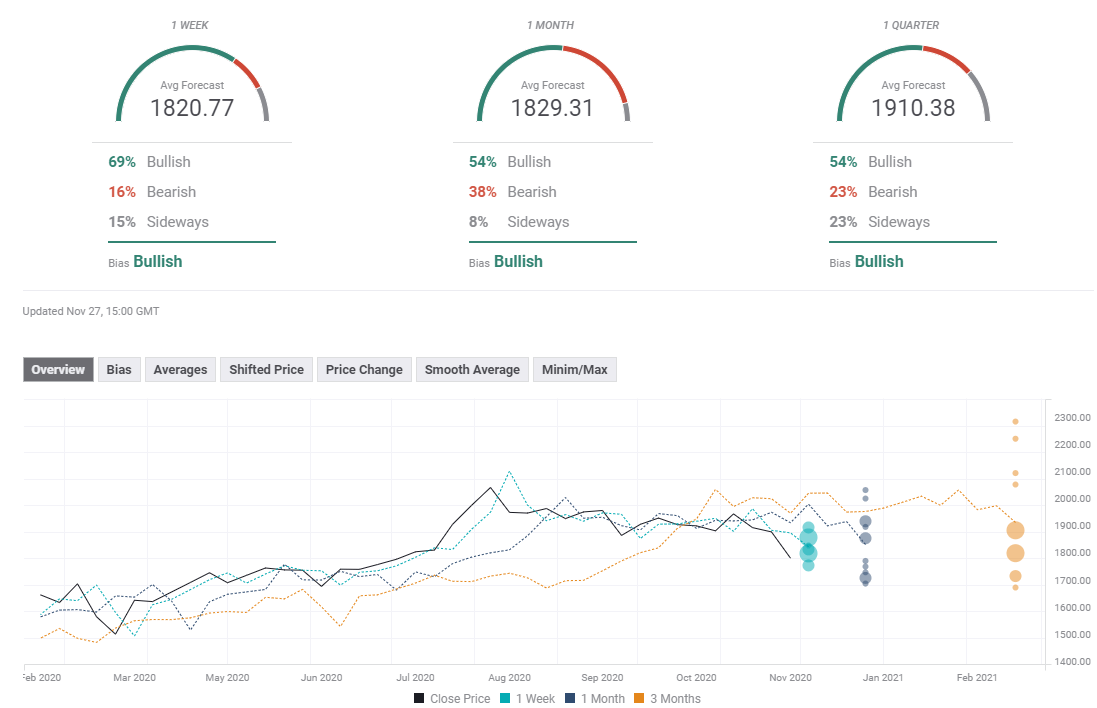