Having found fresh bids just below the $1,700 mark over the past two trading days, Gold Price is looking to extend the recovery from an 11-month low of $1,698, as bears give way to bulls at the start of a new week.

The bright metal defended the $1,700 threshold in early trades and since then witnessed moderate gains, with eyes back on the $1,750 psychological barrier. The latest rebound could be viewed as a technical one after booking five straight weeks of decline.

Also read: Gold Weekly Forecast: Upward correction could be in the books during Fed's blackout

The US dollar’s extended retreat offers the much-needed impetus to gold buyers. The US dollar index is continuing with its corrective downtrend from two-decade highs of 109.29 into the third consecutive day this Monday, currently trading at 107.79, down 0.25% on the day. A weaker greenback makes bullion cheaper for overseas investors.

Risk-on sentiment remains in vogue at the start of the week, extending Friday’s upbeat mood seen in the US session. Stronger than expected US Retail Sales data brought risk-on flows back in the game. On Monday, China’s pledge to step up economic growth seems to bode well for risk flows, weighing negatively on the safe-haven dollar at gold’s expense. 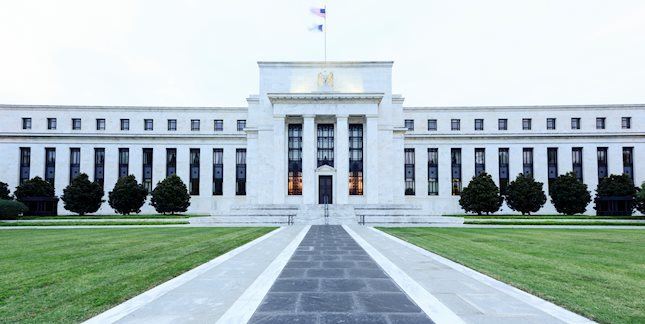 A 75 bps Fed rate hike in July appears to be a done deal, especially after the Fed’s most hawkish policymakers James Bullard and Raphael Bostic petered down 100 bps rate hike expectations last week. Markets had ramped up expectations of a full percentage point rate hike this month after the US inflation came in hotter than expected last Wednesday. Easing fears of aggressive Fed tightening are helping calm nerves about recession risks while aiding the rebound in the USD-priced golden metal.

Ukraine's central bank sold $12.4 billion of gold reserves since the beginning of Russia's invasion on February 24, Ukrainian central bank’s Deputy Governor Kateryna Rozhkova. “Rozhkova said the gold was not being sold to shore up Ukraine's hryvnia currency,” per Reuters. These headlines failed to have any impact on the metal’s price action so far.

A light US docket combined with the Fed’s blackout period leave XAUUSD in the hands of the broader market sentiment and the dynamics of the dollar, as well as, the yields. The Fed rate hike expectations will also continue to influence the gold price action in the days ahead.

The yellow metal confirmed a falling wedge breakout on the four-hour chart last Friday after it recaptured the descending trendline resistance at $1,703 on a convincing basis.

Against that backdrop, bulls extended their control this Monday, as the bullion now challenges the bearish 21-Simple Moving Average (SMA) hurdle at $1,717.

The Relative Strength Index (RSI) has turned slightly flat but maintains its recovery mode, suggesting that there could be more room for gold price to rise.

On the flip side, a rejection at the 21 SMA could recall sellers, calling for a retest of the wedge resistance now support at $1,694.

Bears will, however, challenge the bullish commitments at 11-month lows of $1,698 beforehand.