As the US and China prepare to sign the first phase of their trade agreement, risk appetite has been positive. This drove gold lower yesterday and maintains the negative pressure today. It also means that the retracement of the big bull run continues. The move in the past 24 hours has now broken a three week uptrend and momentum indicators are reflective of a market in correction mode. A break of the support at $1540 (last week’s low) today now means that a new near term downtrend (with lower high at $1563, and a lower low) is forming. The RSI is back under 60 now, whilst MACD lines are closing in on a bear cross. Finding the 38.2% Fibonacci retracement (of $1445/$1610) at $1548 as a pivot resistance the market is open for 50% Fib at $1528 as an initial target now. We still see that gold is just unwinding the excess of the December into January bull run and believe that the medium term outlook is still positive. There is support in the range of the old breakouts $1518/$1536 which we see will likely be an area to bring the next significant higher low. For now though, the correction is on. 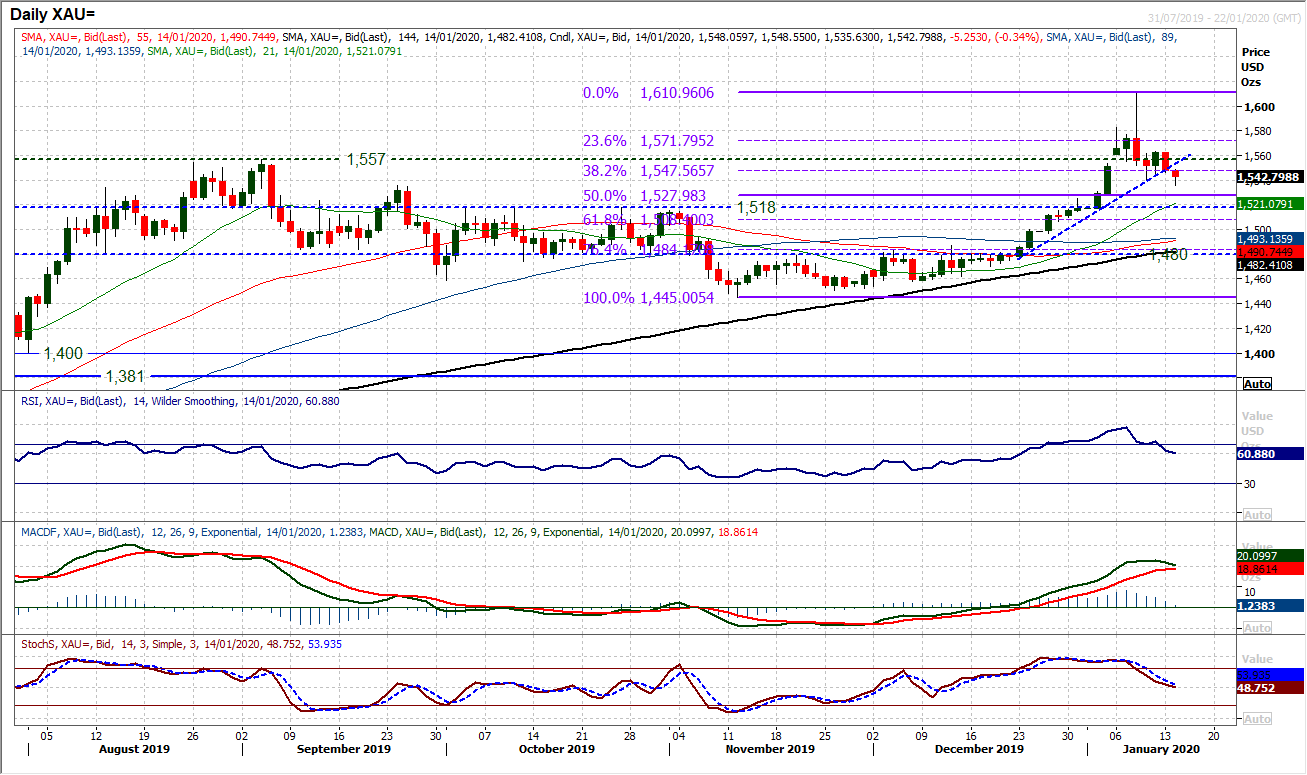