Yesterday’s signals might have produced a losing short trade at 1.3151 although the action here wasn’t really bearish enough to justify a short entry – much depended upon interpretation.

I wrote yesterday that action was likely to quieten down now unless there was a shock development. I was wrong as even before the surprise result in yesterday’s vote symbolically ruling out a No Deal Brexit for all time (not just on 29th March), the Pound had already begun to rise quite strongly. The narrow win for the non-Government amendment pushed the Pound to new 9-month high prices against both the U.S. Dollar and the Euro on volatility more than twice the average – which tends to be a bullish sign indicating still higher prices are going to be made very soon.

The British Parliament will vote today on requesting a delay to the U.K.’s scheduled departure from the European Union on 29th March. It is very likely to pass and should send the Pound higher when it does – if somehow it is voted down, expect a spectacular downwards move in the Pound.

I think the best opportunity is going to be on the long side but watch out for the very high volatility and spreads which are likely to continue for some time. Technical analysis can be relatively useless in these circumstances but the levels at 1.3350 and 1.3000 look especially significant as “lines in the sand”. 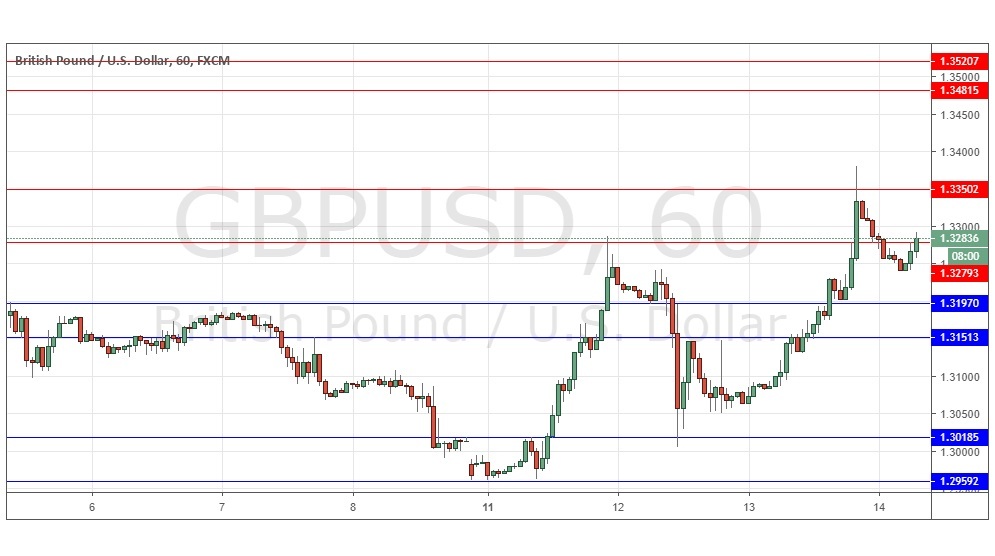 Concerning the GBP, the British Parliament will be voting on requesting a delay to the Brexit date beyond 29th March during the second half of the New York session. Regarding the USD, there is nothing of high