Hartlepool – a place where many GBP/USD traders are unable to locate on the map – is breaking the typical pre-Nonfarm Payrolls silence. Prime Minister Boris Johnson's Conservatives have won a by-election for the Northern seat, defeating the opposition Labour Party in its heartland. Such a victory provides some political calm.

Counting in a long list of other local and regional elections is moving slowly, but speculation about Scotland's elections is set to increase. The pro-independence Scottish National Party (SNP) is close to winning an absolute majority, paving the road for another clash with London over a new referendum.

However, the sweep toward the ruling Tories south of the border may imply a pro-unionist majority up north. That would boost sterling. Investors prefer political stability over drama, and at least the standoff in Jersey seems to wane off. The British Navy retreated from the island after a protest of French fishermen ended peacefully. The row over fish is minuscule in economic terms but drew markets' attention.

Sterling has stabilized after the Bank of England announced it would slow the pace of purchasing bonds, but maintain the total buying plan unchanged. The initial reaction was positive, but the pound retreated after BOE Governor Andrew Bailey insisted the move was not tapering.

BOE Quick Analysis: Slowing the printing press sends sterling higher, why more may be in store

On the other side of the pond, all eyes are on April's Nonfarm Payrolls figures. The world's largest economy is expected to have gained nearly one million jobs last month amid a rapid recovery. Figures leading to the publication were somewhat disappointing, but the fact that President Joe Biden summoned a press conference for after the release may imply the data is strong. Robust figures could boost the dollar.

US Nonfarm Payrolls April Preview: When the economy booms, its all about rates

Which force is stronger, UK politics or the US economy? While the NFP causes jitters, sterling could still come on top. 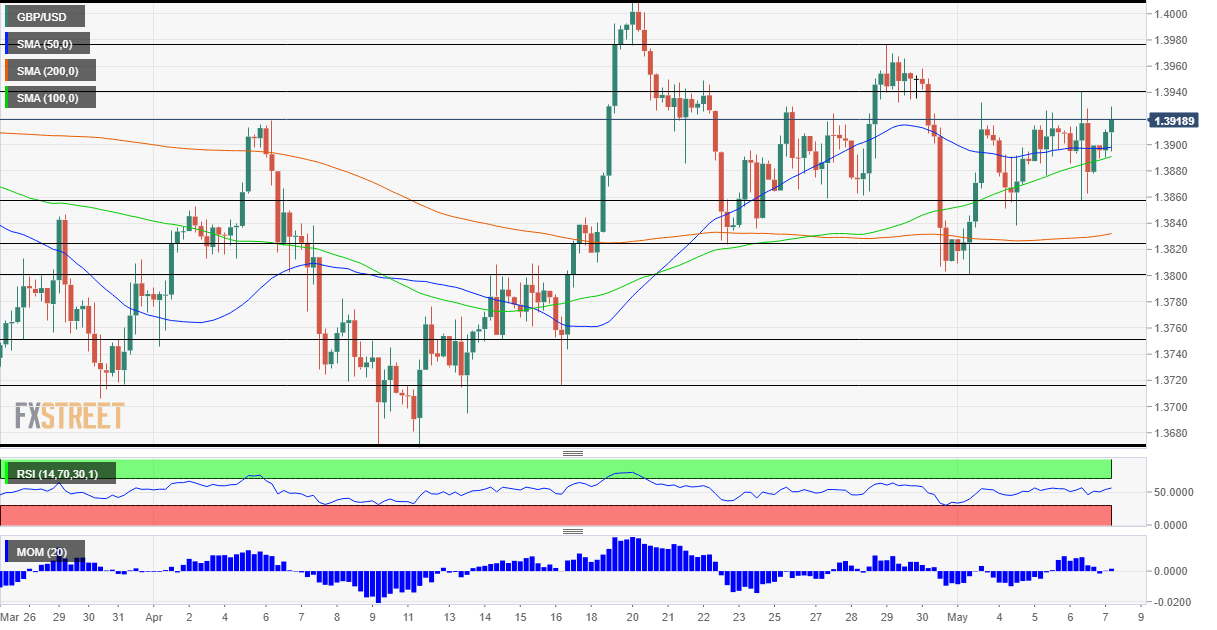 Pound/dollar is benefiting from upside momentum on the four-hour chart and has surpassed the 50 and 100 Simple Moving Average in its latest upwsing. These are bullish developments.