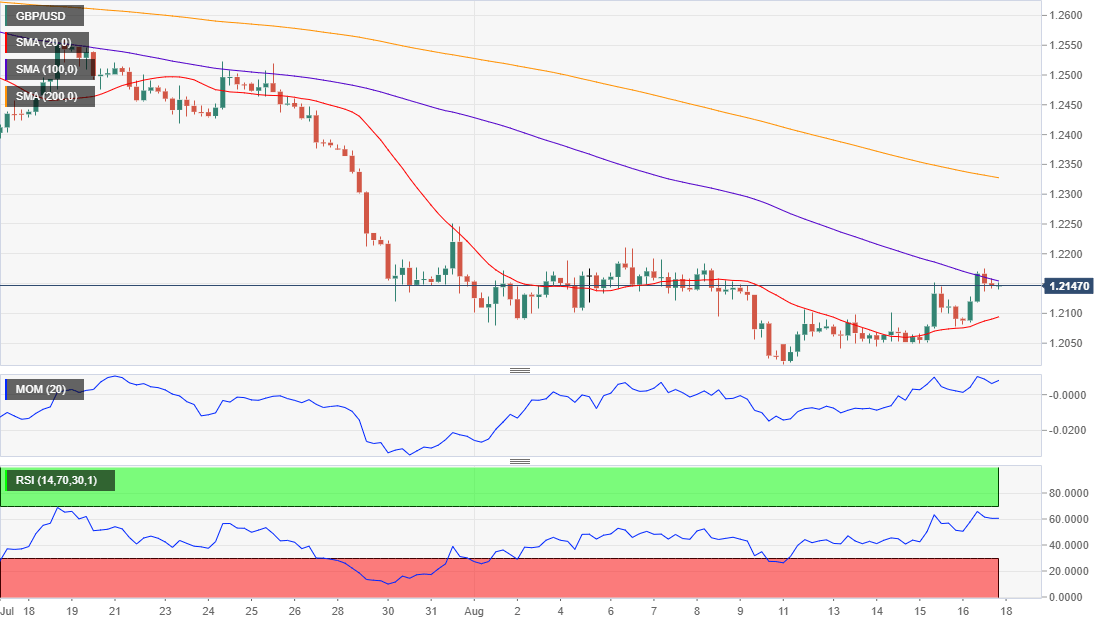 The GBP/USD pair has closed the week with gains, a handful of pips below the 1.2150 level. The Pound advanced for a third consecutive day, helped by some headlines indicating that Labour leader, Jeremy Corbyn, has been in talks with the Scottish National Party, on how to work together to stop a no-deal Brexit. Hopes that the UK can avoid exiting the EU with an agreement are quite limited, mainly after some government leaked papers that show that a hard border in Ireland would be likely in the event of a no-deal. The document compiled by the Cabinet Office also shows that the UK will likely face shortages of food, fuel and medicine,  and disruption at ports, among other negative consequences. The Sterling may gap lower at the weekly opening, despite the market’s mood was generally positive by the end of last week. At the beginning of the week, the UK will release the August Rightmove House Price Index.

The GBP/USD pair is technically bearish, as, in the daily chart, it barely corrected up to the 23.6% retracement of its latest daily slide, measured between 1.2557 and 1.2014 at 1.2145. In the mentioned time-frame, the 20 DMA converges with the 38.2% retracement of the same decline in the 1.2200/10 region, where the pair also has relevant daily highs from this August. Technical indicators aim higher within negative levels, falling short of supporting a continued advance. For the shorter term, and according to the 4 hours chart, the pair is technically neutral, as despite settling above its 20 SMA, a sharply bearish 100 SMA capped the upside, while technical indicators are already retreating within positive levels.