The Dollar and Yen remained on a softening tack, the Pound hit fresh lows before paring losses, while the Euro and Dollar bloc currencies occupied the outperforming lane. EURUSD drifted higher, posting an intraday peak at 1.1874. Broad demand for the Euro has been driving, while concurrent gains in the Dollar bloc currencies have been putting pressure on the Dollar. ECB’s signalling yesterday has been supporting the Euro, which gave no indication of further accommodation and disappointing hopes for a dovish slant. ECB chief economist Lane, who a couple of weeks back popped the EURUSD rally by voicing his disquiet about recent Euro gains, said that core inflation projections have been “significantly muted” by the rise in the Euro. His rhetoric this time around hasn’t been impactful as other council members, including President Lagarde, have a similar but more sanguine view on forex and the negative CPI print in August. As for the Dollar, recent price action suggests that markets are looking at it as a safe haven once again; falling yesterday, for instance, during the bullish early part of the Wall Street session before subsequently rallying as risk appetite turned sour. 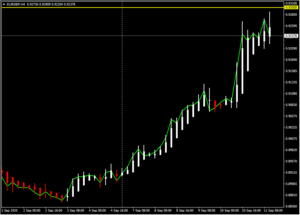 Elsewhere, the Pound staged a partial rebound on news that it signed its first trade deal (in principle), with Japan, in the post-Brexit era. The boost to trade is estimated to worth about 0.07% of GDP, so not hugely significant in itself. The Pound had earlier lurched to fresh six-month lows against the Euro, (0.9290) while Cable edged out a seven-week low at 1.2764 before rallying back above 1.2800 on the trade deal news. The Pound still looks to be vulnerable. The EU has called the UK government’s bluff, demanding it scraps plans to overwrite parts of the Withdrawal Agreement by the end of the month or risk jeopardizing trade talks. Senior UK cabinet minister Michael Gove said the government has made it “perfectly” clear it would not. PM Johnson also confirmed that the wage support scheme will not be extended when it expires next month, while new ‘case-demic’ restrictions have been introduced. Both threaten to countervail economic recovery in the UK. 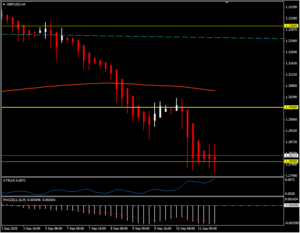