USDJPY has perked up to NY-session highs of 106.67, up from 105.15 ahead of the US CPI data. Wall Street has been the driver of the move. US equities have jumped higher after posting modest declines at the open, as trade worries were soothed after news broke that China said it will hold trade talks by phone with the US in 2 weeks. Also, the USTR said tariffs on some goods will be delayed until December 15 from the original September 1 deadline.

The Pound has been trading relatively steadily today. Cable has settled to around the 1.2050-60 area, above the 31-month low seen yesterday at 1.2015, and below the rebound high that was pegged at 1.2106. UK unemployment unexpectedly ticked higher to a 3.9% rate in June, slightly up on the 44-year low 3.8% that had been prevailing in recent months, but the employment rate remained at a joint record high and wage growth hit an 11-year high rate. The data didn’t cast much impact on markets, and seems backward looking given the intense focus on upcoming Brexit dramas. Regarding Brexit, there are intense debates and rumours of backroom machinations in the corridors of Westminster at play, but little in the way of substantial developments. This will change when the UK parliament returns from its summer recess on September 2, with “no to a no-deal Brexit” members plotting to legislatively block no-deal as an option. This comes with a Reuters poll finding a new high in the probability being ascribed by analysts for there being a no-deal Brexit, which is now pegged at 35%, up from 30% in the previous survey. A new poll also found that there may be enough support for Boris Johnson to win in an election, even without the help of the Brexit Party. This will only bolster the risk for there being a no-deal Brexit. 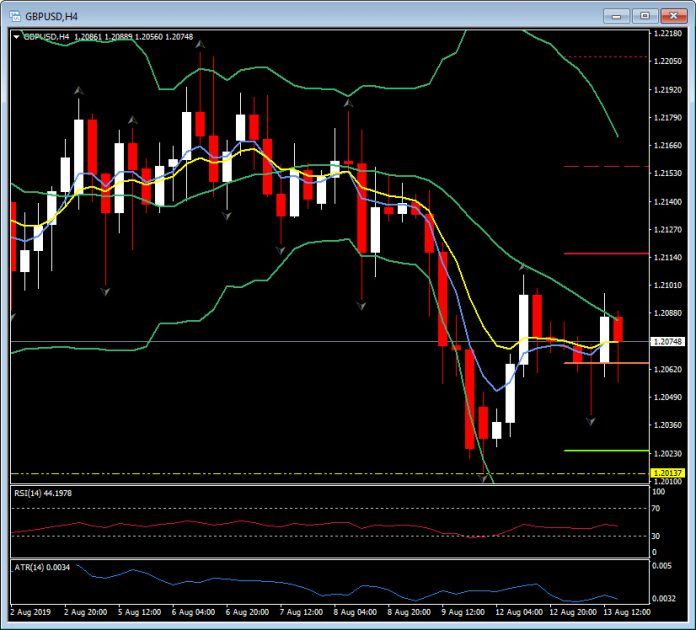 USDCAD has rallied to 1.3290 highs, with the move higher gaining traction following the warmer U.S. CPI outcome. Buyers had stepped in ahead of the North American open, taking the lead from WTI crude prices, which fell over $1 from overnight highs. Major resistance for USDCAD is at 1.3300, which represents the 200-day moving average. The trade news broke, Oil rallied and USCAD dropped back to 1.3200. 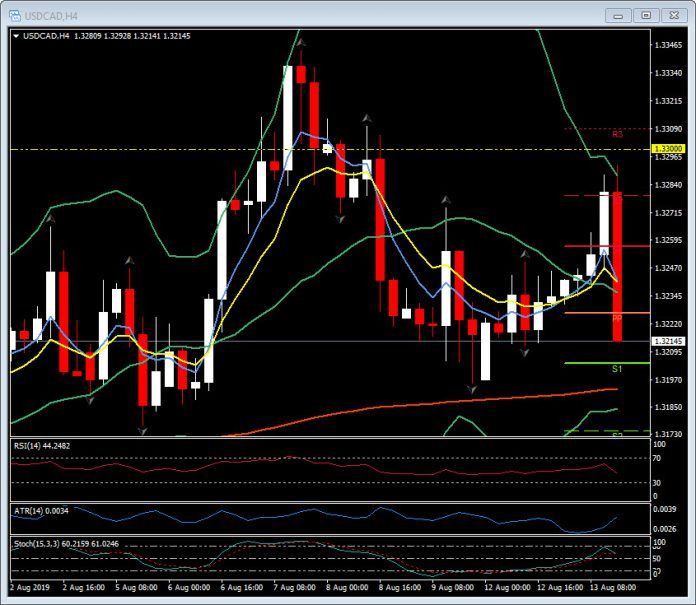