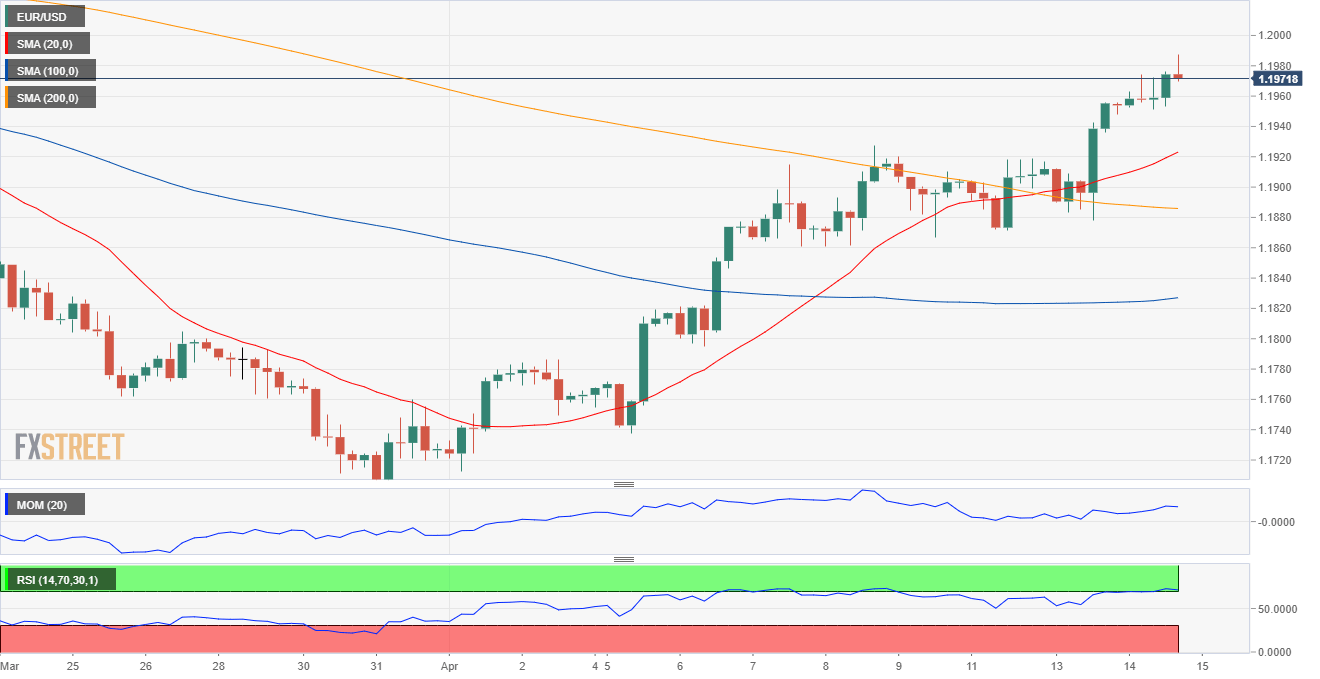 The EUR/USD pair neared 1.2000 this Wednesday, as Wall Street rallied to record highs, with risk-appetite weighing on the greenback. Comments from US Federal Reserve chief Jerome Powell who repeated his well-known conservative stance. He repeated that it is highly unlikely that the Fed would raise rates before the end of 2022,  adding that the US economy is at an inflexion point and heading “a period of faster growth, more job creation.”

The EU published February Industrial Production, which contracted 1% MoM and fell by 1.6% YoY.  The US released the March Import Price Index, which rose 1.2% MoM and the Export Price Index for the same month that was up by 2.1%, both beating the market’s expectations. On Thursday, Germany will publish the final version of March inflation figures, while the US will release March Retail Sales, Initial Jobless Claims and the Philadelphia Fed Manufacturing Survey.

The EUR/USD pair trades in the 1.1970 price zone, up for a third consecutive day. The near-term picture keeps favoring the upside, although the bullish potential remains limited. The 4-hour chart shows that the pair is developing well above a bullish 20 SMA, which crossed above the longer ones. Technical indicators are retreating from overbought readings but hold well above their midlines. A corrective decline could extend down to the 1.1910 price zone, but as long as the pair holds above such a level, the risk will remain skewed to the upside.