Turnaround Tuesday? Maybe for markets, but for EUR/USD which barely experienced a dead-cat bounce and has hit a new 15-week low under 1.1755 at the time of writing. The greenback has been able to maintain its strength despite stocks' upswing – showing that it is more than a safe-haven currency.

Moreover, the greenback also seems to ignore the moves in bond markets. Returns on 10-year Treasuries have bounced off the lows and are hovering around 1.20% – the dollar is powering ahead regardless.

What is going on? Tuesday's stocks bounce was probably temporary, a countertrend within a downtrend. COVID-19 cases continue climbing all over the world, threatening global recovery. That includes the US, where all 50 states have reported increases and where hospitalizations and deaths are also marching higher. The vaccination campaign remains stuck. 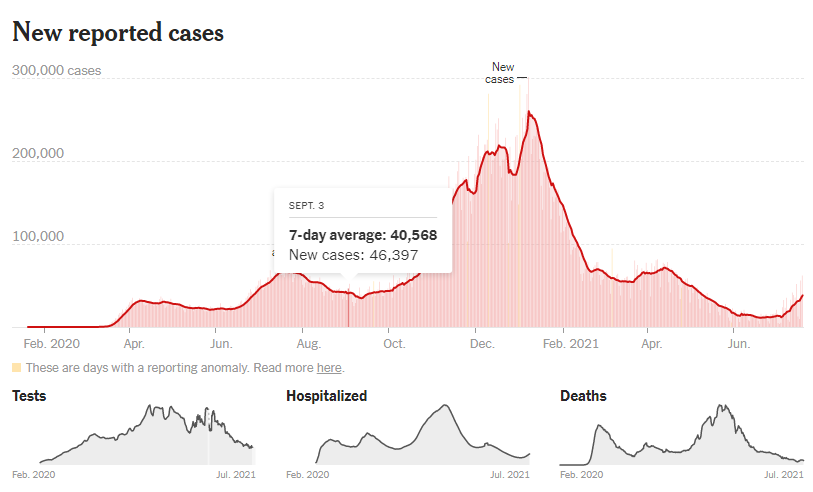 Uncertainty is also the name of the game in Washington, where the Senate is set to hold an initial vote on a bipartisan infrastructure bill – but the details are still unclear.

Concerns about future developments also weigh on the euro – first and foremost, Thursday's decision by the European Central Bank. The Frankfurt-based institution is convening for the first time after unveiling its strategic review – which allows inflation to hover around 2% and does not cap it at that level.

The ECB's strategic dovish shift could be reflected in the new policy, which could weigh on the euro. Moreover, the bank is set to respond to rising coronavirus cases and their impact on Europe's recovery.

See ECB Preview: Three reasons why Lagarde could hit the euro when it is down

Overall, uncertainty about covid, infrastructure and the ECB could continue pushing the dollar up and the euro down.

Euro/dollar has been setting lower highs and lower lows – yet remains outside oversold conditions on the four-hour chart. The Relative Strength Index (RSI) is above 30. Moreover, the currency pair trades below the 50, 100 and 200 Simple Moving Averages. Bears have not lost their grip.

Turnaround Tuesday: Why some currencies recovered and others didn't?