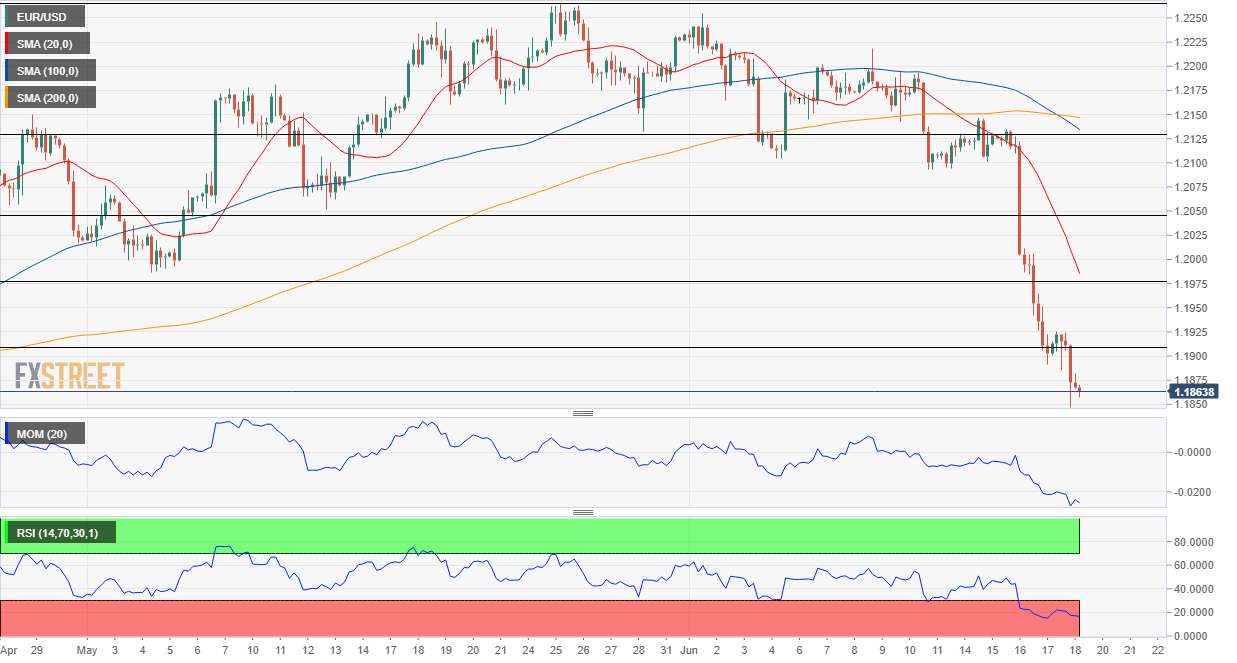 The American dollar kept rising, heading into the weekly close, with EUR/USD bottoming on Friday at 1.1846 and settling at around 1.1860. The market was still pricing in the hawkish surprise from the US Federal Reserve from Wednesday. Equities maintained the sour tone heading into the weekend, with European and American indexes closing in the red. Meanwhile, the greenback strengthened despite falling government bond yields.

The macroeconomic calendar had nothing relevant to offer. The EU posted the seasonally adjusted April Current Account, which posted a surplus of €22.8 billion, while Germany published the May Producer Price Index, which improved from 0.8% to 1.5% MoM. On Monday, the focus will be on the European Central Bank President Christine Lagarde, due to testify at a virtual hearing before the European Parliament Economic and Monetary Affairs Committee.

The EUR/USD pair fell for a third consecutive week, posting its largest weekly decline for 2021. The pair settled below the 61.8% retracement of its latest bullish run measured between 1.1703 and 1.2266, at 1.1917. In the daily chart, the pair has plunged below all of its moving averages, with the 20 SMA accelerating south above the longer ones. Technical indicators maintain their bearish slopes within oversold readings. The near-term picture is also bearish, according to the 4-hour chart, despite some signs of exhaustion amid extreme oversold conditions. A pullback towards the 1.1920 price zone is possible, although as long as it holds below it, the risk remains skewed to the downside.

Gold remains on track to test 200-DMA, US GDP awaited

In the aftermath of the Fed decision, gold price is extending its recent run higher, looking to recapture the critical 200-Daily Moving Average (DMA) at $1821. The market mood has improved amid a rebound in the Chinese stocks.