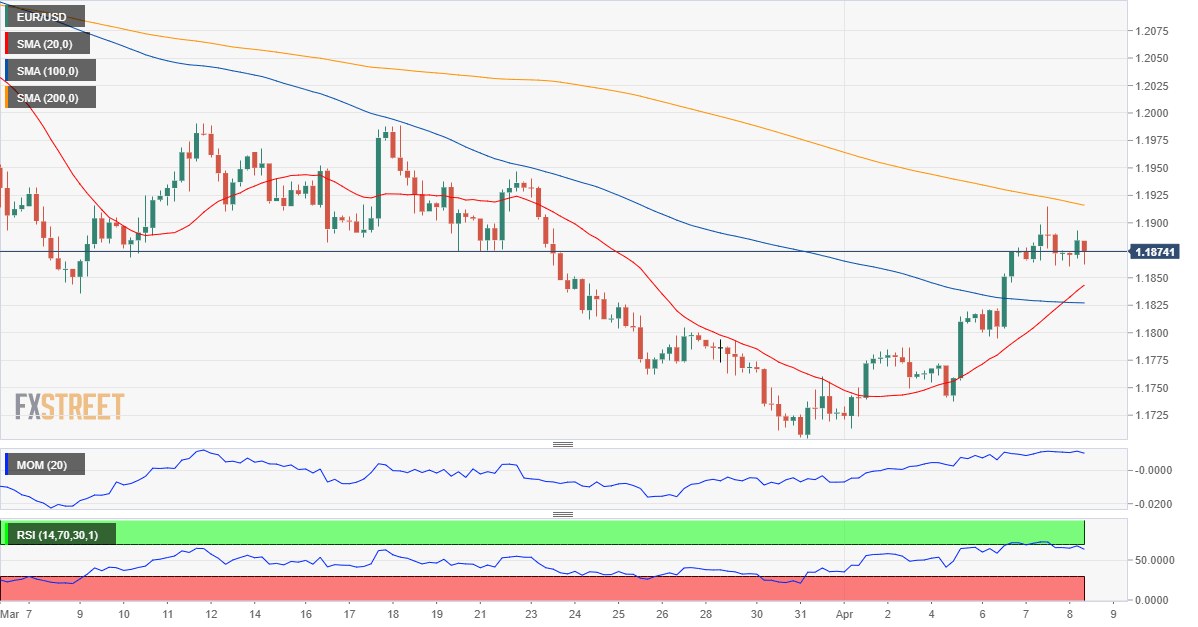 The EUR/USD pair advances within range, recovering from an intraday low of 1.1861. The greenback is weak against all of its major rivals, as on Wednesday, the US Federal Reserve reiterated its dovish stance through the Minutes of its March meeting. Policymakers agreed that the accommodative monetary policy would remain in place until “substantial further progress” towards employment and inflation goals is achieved.

The shared currency found support in commends from Robert Holzmann, Austria central bank Governor, as he said that the European Central Bank might be able to start reducing its bond purchases during the summer.

Germany published February Factory Orders, which were up 1.2% MoM and 5.6% YoY, much better than in January. The EU released the February Producer Price Index, which printed at 1.5% YoY.  US Initial Jobless Claims for the week ended April 2 resulted at 744K worse than the 680K expected and the previous 728K.  Later today, US Federal Reserve chief Jerome Powell is due to participate in a panel discussion about the global economy at a virtual International Monetary Fund Seminar.

The EUR/USD pair trades in the 1.1870 region, mildly bullish in the near-term. The 4-hour chart shows that it holds above its 20 and 100 SMAs with the shorter crossing above the longer one. Technical indicators lack directional strength but hold well above their midlines, with the RSI close to overbought readings. At this point, the pair needs to advance beyond 1.1915 to gain bullish traction.