February was not the month for US consumers as Durable Goods followed Retail Sales into contraction, but markets are betting that the latest Washington stimulus payments on top of the waning pandemic will bring back January's buying fervor.

New orders for Durable Goods dropped 1.1%, far below their 0.8% forecast and the January surge of 3.5%. Durable Goods ex Transport fell 0.9% on a 0.6% expectation and 1.6% in January. Orders ex Defense slipped 0.7% after rising 2.3% in the previous month. Nondefense Capital Goods ex aircraft, the business investment proxy, sank 0.8% on an 0.5% prediction and 0.6% in January.

It was not surprising that Durable Goods purchases turned out to be much weaker than economists expected. These orders are consumer and business items designed to last more than three years in normal use. From automobiles and farm tractors to hair dryers, skis, model railroads, and commercial aircraft, these purchases are a component of Retail Sales.

The stimulus bill passed by Congress and signed by President Trump in December delivered $600 to many Americans in January. That stipend fueled an extraordinary 7.6% jump in Retail Sales, which, except for the lockdown rebound in May and June, was the largest single month increase in the 29 year history of the series. Sales ex-Autos climbed 8.3% and the Control Group, the analog for the GDP consumption input, rose 8.7%, both the same records as the headline statistic.

Durable Goods and its components, as above, had a good but by no means a record month in January. Consumers, it seems, spent the free government money as pandemic relief (psychological perhaps) on ephemeral items and did not add it to the family finances for pickup trucks and air conditioners.

The January funds had produced a single burst of spending. They did not change the general economic picture or convince families that recovery was at hand.

The near inevitability of weak Durable Goods Orders following poor Retail Sales, despite the mildly optimistic forecasts, accounts for the initial equity reaction.

Both averages fell sharply toward the close as technology stocks surrendered their gains and the market rotation out of growth names and into cyclicals continued. 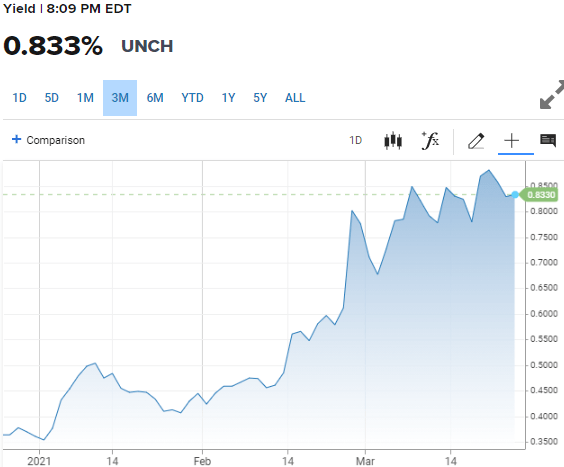 The dollar was the unequivocal winner on the day rising in the EUR/USD, USD/JPY, GDP/USD and AUD/USD. Only the Canadian dollar eked out a small gain against the the greenback, aided by a 6% jump in West Texas Intermediate (WTI). 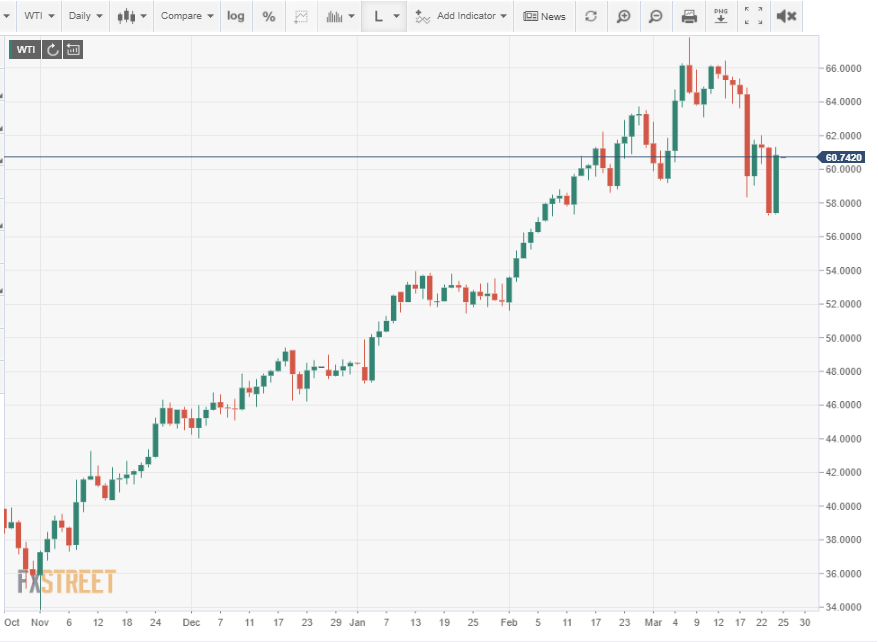 Markets remain focused on the recovery and convinced that the waning pandemic in the US, assisted by some of the highest vaccination rates in the world and massive government stimulus spending, will deliver robust growth and employment in the next several quarters.

Even the Federal Reserve seems to be optimistic, with 6.5% GDP in its March projections for 2021.

If the January American consumer returns with the $1400 stimulus payment, it will be no less than markets expect.