AUDUSD is edging slightly lower after reaching a 15-month high of 0.7185 but is still holding a strong upside tendency since March 19. The stochastic oscillator is pointing down, ready to post a bearish cross within its %K and %D lines in the overbought zone, suggesting some losses in the short-term. However, the MACD oscillator is strengthening its upside structure above its trigger and zero lines.

In case the pair extends the pullback, immediate support could come from the 0.7030 – 0.7067 area, which encapsulates the 20-day simple moving average (SMA). Marginally below this line, the 40-day SMA at 0.6970 could be in focus ahead of the 0.6800 psychological mark. A break below the latter may pause near the 200-day SMA, which overlaps with the lower surface of the Ichimoku cloud and the 0.6685 barrier.

All in all, AUDUSD sustains a bullish mode in the bigger picture. A break below the 200-day SMA may shift the outlook to neutral. 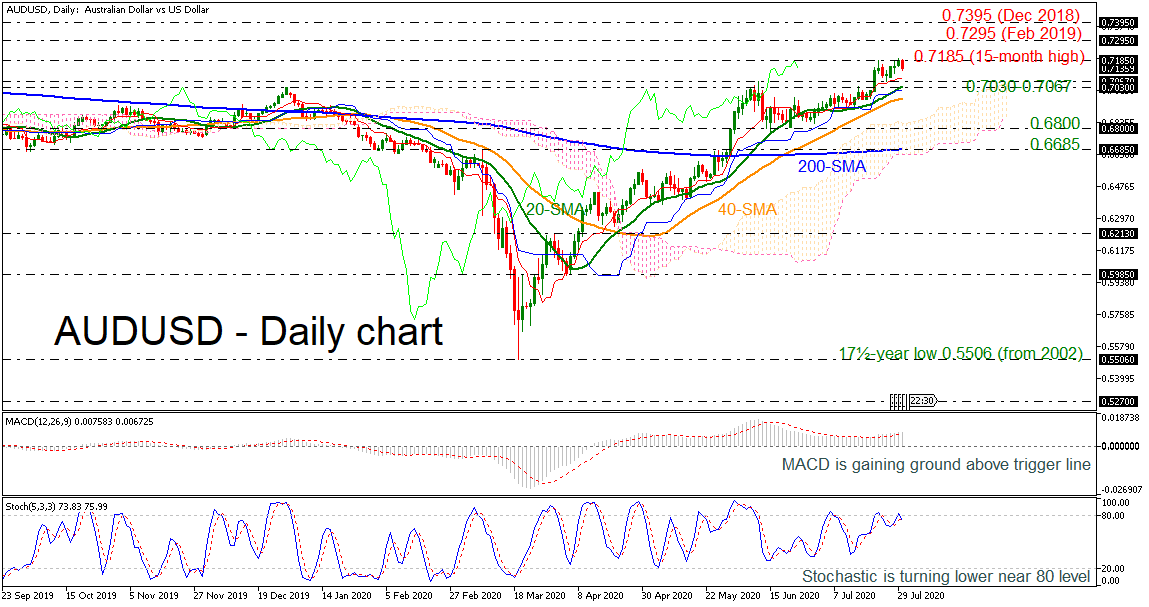