AUDUSD continues to send bullish signals in the daily timeframe as the price further enhanced its two-month old uptrend after stepping on the 0.6400 level and printing another higher high at 0.6615 on Wednesday.

In the short-term, some weakness cannot be ruled out as the price is hovering around the upper Bollinger band and the RSI seems to be losing steam towards its 50 neutral mark. That said, any retracement would not be a big worry unless the market closes clearly below the 0.6400 mark and keeps deteriorating within the lower Bollinger area.

On the upside, the bulls are targeting the 200-day SMA currently around 0.6655, a break of which could increase positive momentum towards 0.6755, shifting the medium-term trajectory from bearish to neutral as well. Moving higher, the pair would aim for the 0.7031 peak but the area between 0.6830 and 0.6930 needs to give way first.

In brief, the short-term risk is expected to hold positive as long as AUDUSD keeps its uptrend valid above 0.6400. 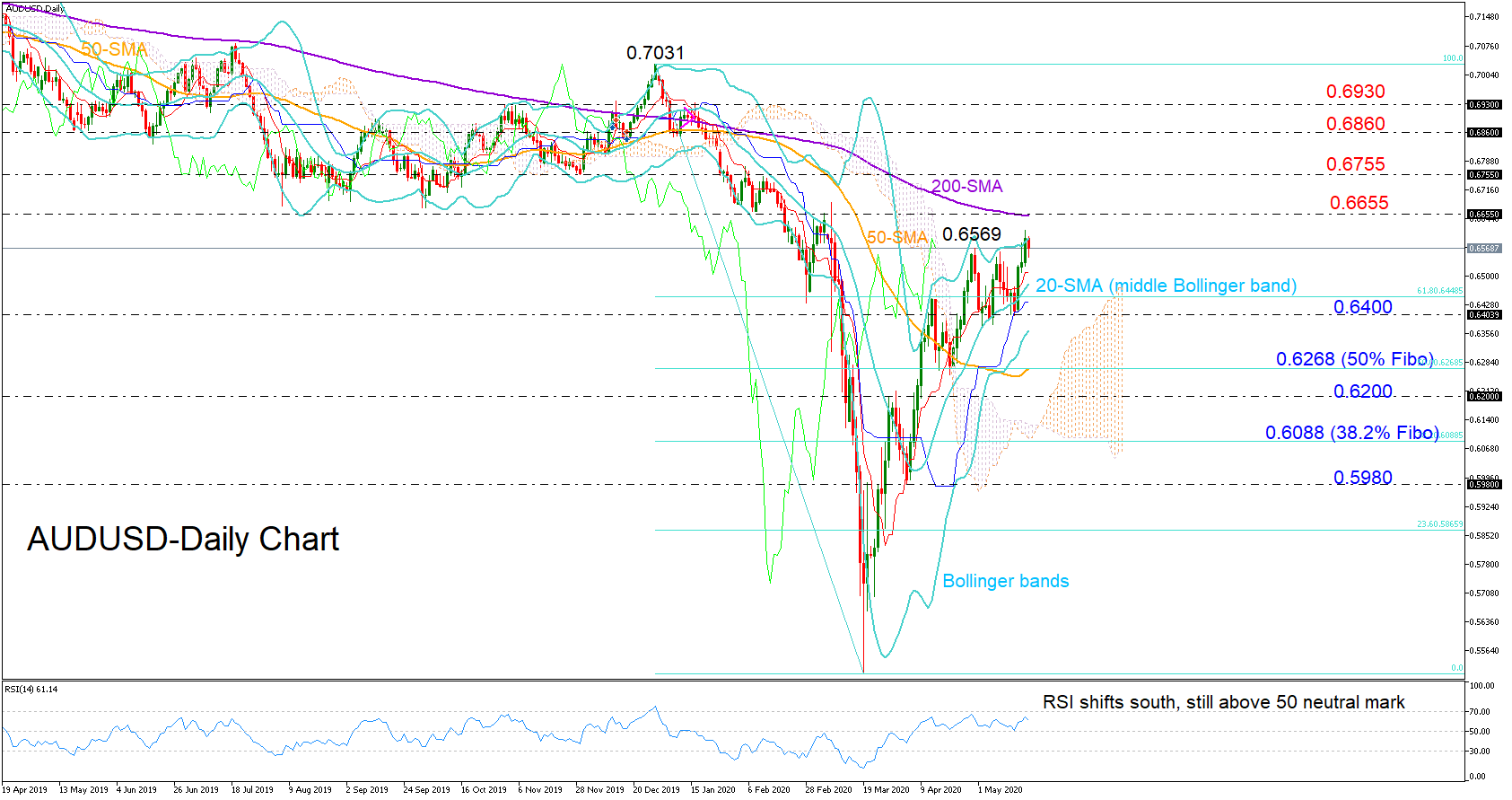