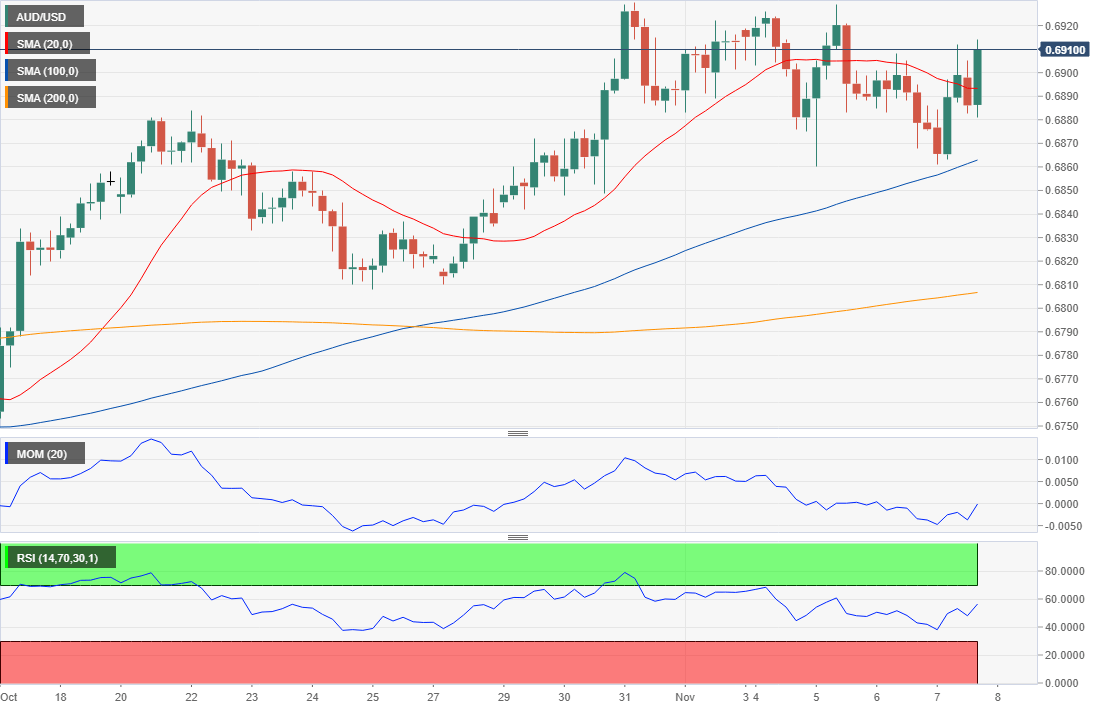 The AUD/USD pair recovered the 0.6900 level in the last trading session of the day, after falling at the beginning of the week to a fresh weekly low of 0.6861. The Aussie fell amid doubts about the US-China trade deal after the leaders of both economies delayed their next meeting to December. However, sentiment shifted during the London session, as Chinese authorities confirmed plans to roll back tariffs in phases if a deal is reached, something that US representatives confirmed in the American afternoon.

Australia released the AIG Performance of Construction Index, which recovered in October to 43.9 from 42.6. September Trade Balance, in the meantime, posted an upbeat surplus of 7180M, as exports rose by 3.0% in the month, while imports also increased by 3.0%. During the upcoming Asian session, the country will release housing data and the latest RBA Meeting’s Minutes. However, attention will be on China, as the country will release its October Trade Balance.

The AUD/USD pair is at the upper end of its weekly range, although the lack of follow-through leaves the intraday picture neutral. In the 4 hours chart, the pair is developing above a flat 20 SMA, anyway, far above the larger ones which retain their bullish slopes. Technical indicators in the meantime, remain around their midlines, without strength enough to support additions gains. These last are more likely on a break above 0.6930, the immediate resistance.