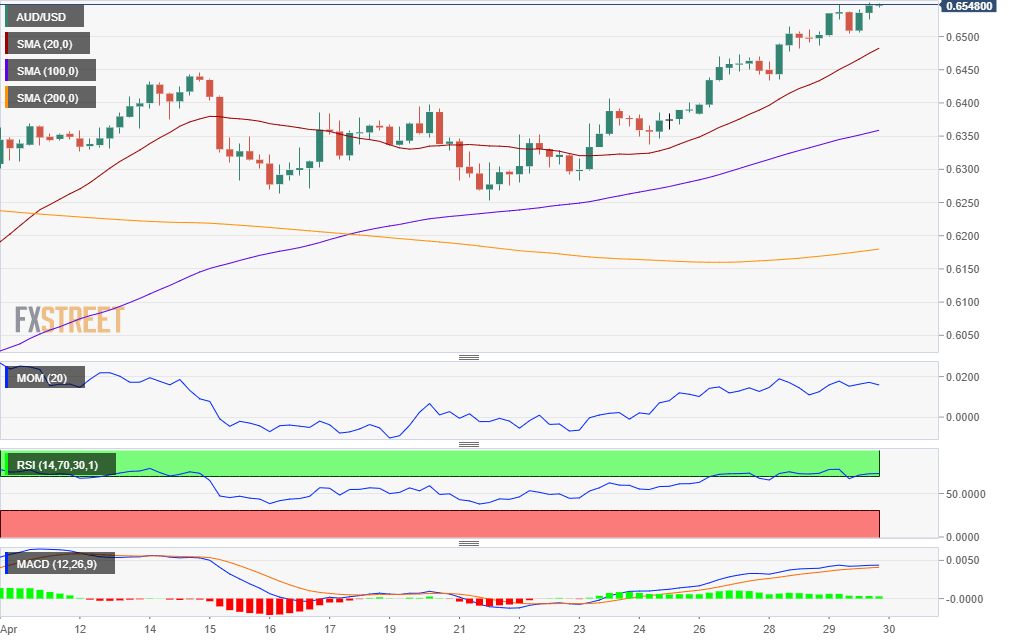 The AUD/USD pair has extended its advance to a fresh one-month high of 0.6551, trading a couple of pips below this last ahead of the Asian opening. The Aussie has steadily advanced for a sixth consecutive day, underpinned by the positive tone of equities and absent demand for the American dollar. The country released Q1 inflation data at the beginning of the day, which was slightly better than anticipated. The RBA Trimmed Mean CPI was up by 1.8% in the Q1 and when compared to the first quarter of 2019.

Australia will publish this Thursday minor Q1 import and export indexes, and March Private Sector Credit. Attention, however, will be on China, as the country will publish April official PMIs. The manufacturing index is seen at 51 against 52 previously, while services output is expected at 52.7 after printing at 52.3 in March.

The AUD/USD pair retains its short-term bullish stance, according to the 4-hour chart, advancing above all of its moving averages. The 20 SMA maintains its bullish slope, currently at around 0.6480, proving dynamic support. Technical indicators advance just modestly, the Momentum within familiar levels but the RSI at 76. Upbeat Chinese data could give the pair and additional boost and send it toward the 0.6600 region.