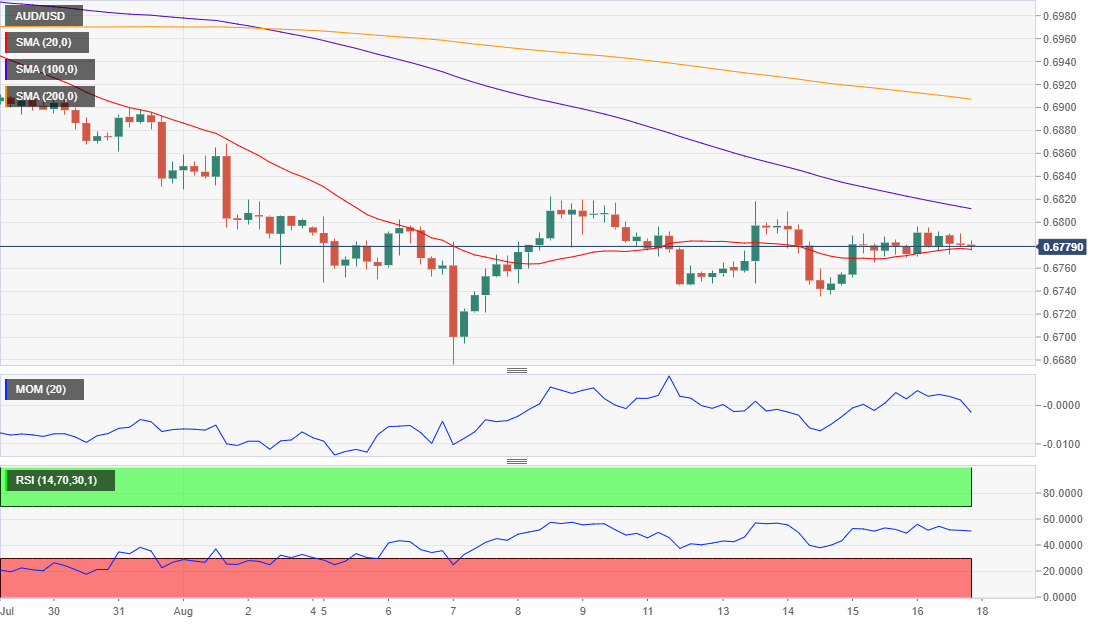 The AUD/USD pair closed Friday at 0.6775, pretty much unchanged for a second consecutive week. The better market mood seen by the end of the week was enough to keep the pair afloat, with sellers still strong at around 0.6800. Tensions surrounding the trade relationship between the US and China have been the main driver for the pair, offsetting encouraging employment-related Australian data, as wages grew by more than expected in the second quarter of the year, while the economy added more jobs than anticipated in July. The dismal sentiment escalated these days after China accused the US of breaking the agreement reached in the latest G-20 summit, although US President words by the end of the week cooled down concerns, at least temporarily. At the beginning of the week, Australian macroeconomic calendar will remain empty, which means that sentiment will continue to lead the way.

The daily chart for the AUD/USD pair shows that the pair is in a consolidative stage, yet at risk of extending its decline, as it keeps developing below all of its moving averages and with the 20 DMA heading sharply lower below the larger ones. Technical indicators recovered from oversold readings but turned flat within negative levels, reaffirming the bearish case. In the shorter term and according to the 4 hours chart, the pair is technically neutral, as it´s stuck to a directionless 20 SMA and below bearish 100 and 200 SMA, while the RSI indicator turned modestly lower around its mid-line. The pair would need to advance beyond 0.6820 to be able to extend its positive momentum toward the 0.6900 region.