The Federal Reserve will announce its decision at 18:00 GMT. At the same time, updated macroeconomic projections of FOMC officials will be released, including the “dot plot” (interest rate estimations). Janet Yellen is schedule to give a speech at 18:30 GMT.

The labor market remains solid and inflation data points to the upside (February CPI 12-month rate reached the highest in five years) supporting action from the Federal Reserve to normalize its policy.

At the last meeting the US central bank left rates unchained (it raised back in December) but taking into account economic data and speeches from FOMC officials including Chair Yellen, all points toward a mover.

Most analysts and traders expect a hike of 25bp points to the 0.75% - 1.00% range. They affirm that if the Fed delivers as expected attention is likely to be on the projections and the words of the statement.

Markets consensus point to a rate hike in the Fed Funds rate. So that decision by itself could no have a significant impact on the US dollar. If the central bank decides to leave rates unchanged, the US dollar could tumbled in the market.

The most likely scenario is that traders and analysts will look into the FOMC projections, the statement and Yellen’s press conference in order to take clues about the future path of monetary policy. They will try to see how the tightening (or normalization) process continues after today. A more “hawkish”path, suggestion more than 2 rate hikes during the current year could boost the US dollar. While on the other direction, signals that the Fed could lower the speed of the normalization, could weaken the greenback. 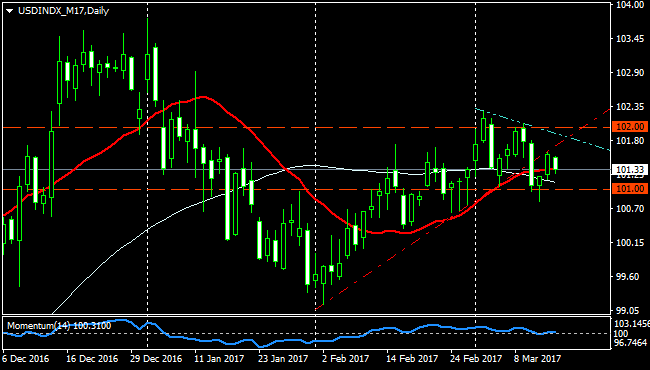 About the interest rate decision

With a pre-set regularity, a nation's Central Bank has an economic policy meeting, in which board members took different measures, the most relevant one, being the interest rate that it will charge on loans and advances to commercial banks. In the US, the Board of Governors of the Federal Reserve meets​ at intervals of five to eight weeks, in which they announce their latest decisions. A rate hike tends to boost the local currency, as it is understood as a sign of a healthy inflation. A rate cut, on the other hand, is seen as a sign of economic and inflationary woes and, therefore, tends to weaken the local currency. If rates remain unchanged (or the decision is largely discounted), attention turns to the tone of the FOMC statement, and whether the tone is hawkish, or dovish over future developments of inflation.

About the FOMC statement

This report, released by Federal Reserve, includes the FOMC's projection for inflation and economic growth over the next 2 years and, more importantly, a breakdown of individual FOMC member's interest rate forecasts.