The cost of living in the UK as represented by the consumer price index (CPI) for January is due later on Wednesday at 0930 GMT.

The headline CPI inflation is expected to arrive at -0.4% inter-month in January while the annualized figure is seen higher at +1.6%. The core inflation rate that excludes volatile food and energy items is likely to have risen by 1.5% YoY last month. 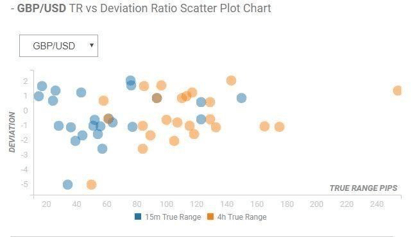 Readers can find FX Street's proprietary deviation impact map of the event below. As observed the reaction is likely to remain confined between 15 and 80 pips in deviations up to 2 to -3, although in some cases, if notable enough, a deviation can fuel movements of up to 120 pips.

At the time of writing, GBP/USD treads water around the 1.30 mark, as investors remain cautious ahead of the UK CPI data release. A below-forecast UK price pressures data could revive the recent bearish momentum in the pound. Meanwhile, the cable could swing back towards the 1.3070 supply zone should the data blow past expectations.

According to FXStreet’s Analyst Haresh Menghani, “From a technical perspective, nothing seems to have changed much for the pair and bulls are likely to wait for a sustained move beyond 50-day SMA, around the 1.3050-60 region, before positioning for any further near-term appreciating move. Above the mentioned barrier, the pair seems more likely to aim towards surpassing the 1.3100 round-figure mark and head towards testing its next major hurdle near the 1.3145-50 resistance zone.”

“On the flip side, the pair might continue to attract some buying ahead of mid-1.2900s. This is closely followed by 100-day SMA support near the 1.2930 region, below which the pair might turn vulnerable to accelerate the fall further towards retesting sub-1.2900 levels,” Haresh adds.