Eurostat will publish the first estimate of Eurozone inflation figures for July at 0900 GMT this Friday.

The headline CPI is seen a tad lower at 0.2% YoY while the core inflation is expected to hold steady at 0.8% YoY during the reported month.

At the same time, the bloc’s Preliminary GDP report for Q2 will be published, with the headline figures seen arriving at -12% QoQ vs. -3.6% previous. On an annualized basis, Eurozone GDP is likely to contract 14.5% vs. -3.1% last.

Readers can find FX Street's proprietary deviation impact map of the event below. As observed the reaction is likely to remain confined between 5 and 30 pips in deviations up to 4 to -4, although in some cases, if notable enough, a deviation can fuel movements of up to 45-50 pips. 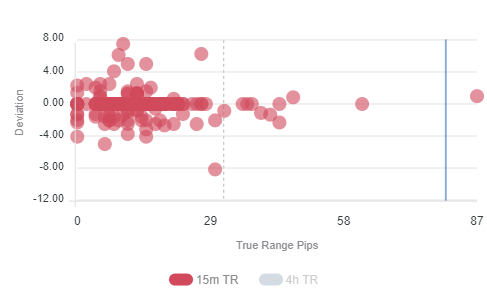 How could affect EUR/USD?

Haresh Menghani, FXStreet's Analyst, offers important technical levels ahead of the key release: “any meaningful pullback might still be seen as a buying opportunity and seems more likely to find decent support near the mentioned resistance breakpoint, around the 1.1820-15 region. A subsequent slide below the 1.1800 mark might lead to some additional weakness and drag the pair further towards the 1.1760-55 intermediate support en-route the overnight swing low, around the 1.1730 region.”

EUR/USD Forecast: Correction coming? The dollar's reasons to dive do not mean a one-way street

ECB's Lagarde: We have to maintain safety net at least until June 2021

French FinMin Le Maire: GDP figures were not as bad as some had feared

The Euro Zone CPI released by the Eurostat captures the changes in the price of goods and services. The CPI is a significant way to measure changes in purchasing trends and inflation in the Euro Zone. Generally, a high reading anticipates a hawkish attitude which will be positive (or bullish) for the EUR, while a low reading is seen as negative (or bearish).

EUR/USD jumps back above 1.1950 amid upbeat market mood

The bid tone around the euro strengthened on Tuesday, pushing EUR/USD higher above 1.1950, as stock markets gained, weakening safe-havens such as the greenback. Coronavirus vaccine optimism and buoyant equity markets weigh over the dollar. Fed's Powell says the US economy remains in a damaged state.

GBP/USD welcomes December with mild gains, trading above 1.3350. Concerns about US economic strength, stimulus weigh on the greenback. Brexit chatters reach the end-game with no clarity over the key hurdles. US Manufacturing PMIs and Fed Chair Powell’s testimony awaited.