USD/JPY is sitting around 144.50 in Tokyo following the release of inflation data for the Tokyo area in September. At this time of writing, USD/JPY is flat and has stuck to a 144.41 and 144.62 range so far.

Headline inflation arrived at 2.8% vs. 2.8% expected, so no great shakes there as per usual, but the US data from Monday's trade has been the foundation for volatility that has weighed on the pair. ISM manufacturing index data, which provides a gauge for manufacturing activity in the US, came in lower than expected. The ISM reported a figure of 50.9 for September, lower than the forecasted 52.2. The data is another reason why some observers are moving toward a less hawkish bias from the Fed.

The greenback fell within demand while the 10-year yield slipped to test critical support levels on the downside. the US dollar was softer by 0.4% and stocks on Wall Street ended sharply higher on Monday. The Dow finished +2.7%, the S&P 500 closed +2.6% and the Nasdaq Composite ended +2.3%. The 10-year Treasury yield fell 14 basis points to 3.66% and at one point dropped by 20 basis points. The 2-year yield declined 9 basis points to 4.12%.

In other events, the yen firmed slightly in early Asia when South Korea's military said that North Korea fired a short-range ballistic missile over Japan flying more than 4,000KM according to NHK and the target appeared to be the Hokkaido area which is Japan's northernmost prefecture and second-largest island. This led to a rare warning issued by Japanese authorities for people to seek shelter.

North Korea's firing of a ballistic missile over Japan is "unfortunate," Daniel Kritenbrink, the top US diplomat for East Asia, said on Monday. Kritenbrink, who is the State Department's assistant secretary for East Asian and Pacific Affairs, made the comment at an online event hosted by the Institute for Korean-American Studies.

North Korea has tested an unprecedented number of missiles this year as it expands its weapons program at around the same time that the nuclear-powered aircraft carrier USS Ronald Reagan arrived in South Korea for joint military exercises designed to showcase the allies’ strength and serve as a deterrent to any nuclear threat. 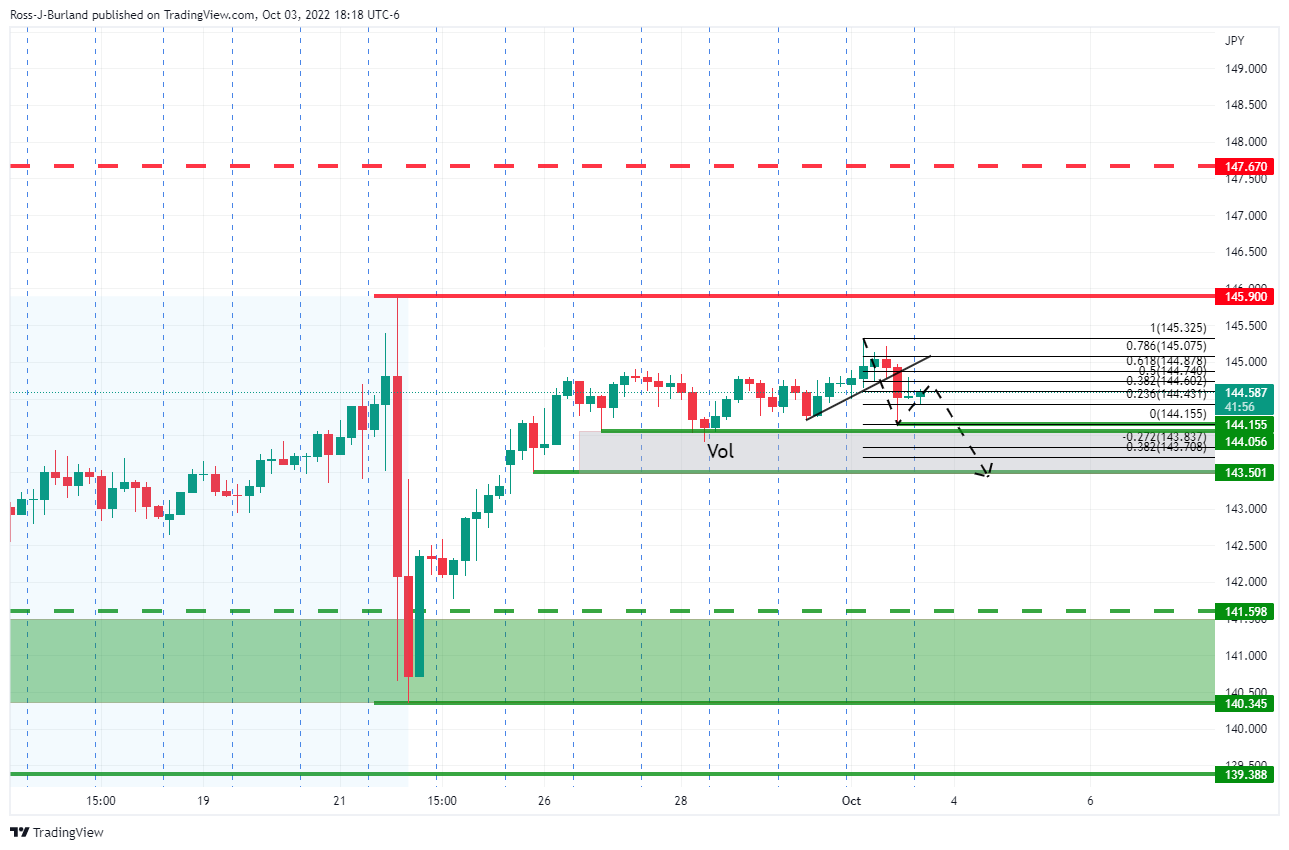 The pair is pressured below a counter-trendline that was broken at the start of the week with prospects tilted towards a further decline into an area where volumes of orders would be expected to be placed. Below 144, 143.50 guards a deeper correction of last and the prior week's rally.

AUD/USD consolidates weekly gains around 0.6800 while snapping a three-day uptrend during Friday’s Asian session. The Aussie pair retreats from the highest levels since September 13 while marking the 200-day EMA as the key hurdle to the north.