The USD/CHF battles to break above the 20-day Exponential Moving Average (EMA) and slips beneath 0.9200 to fresh two-day lows at 0.9172 as the US Dollar remains offered in the FX space. Also, a risk-off impulse underpins the safe-haven status of the Swiss franc (CHF). Hence, the USD/CHF exchanges hand at 0.9182 after hitting a daily high of 0.9245.

The USD/CHF continued its downtrend after hitting a weekly high of 0.9297, unable to reclaim 0.9300, which exacerbated the fall below the 20-day EMA at 0.9241. Also, the path for the USD/CHF pair was opened to test the year-to-date (YTD) lows of 0.9085, though initially, it would need to hurdle demand zones in between.

On its way to the YTD lows, the USD/CHF’s first support level would be this week’s low of 0.9159. Break below will expose the January 20 daily low of 0.9141, ahead of the 0.9100 mark. Once that psychological price level gives way, then the YTD low would be in play.

Looking ahead, USD/CHF’s failure to test the YTD low could expose the USD/CHF to some buying pressure, as the pair has been bottoming around 0.9085/0.9160 since December 2022. 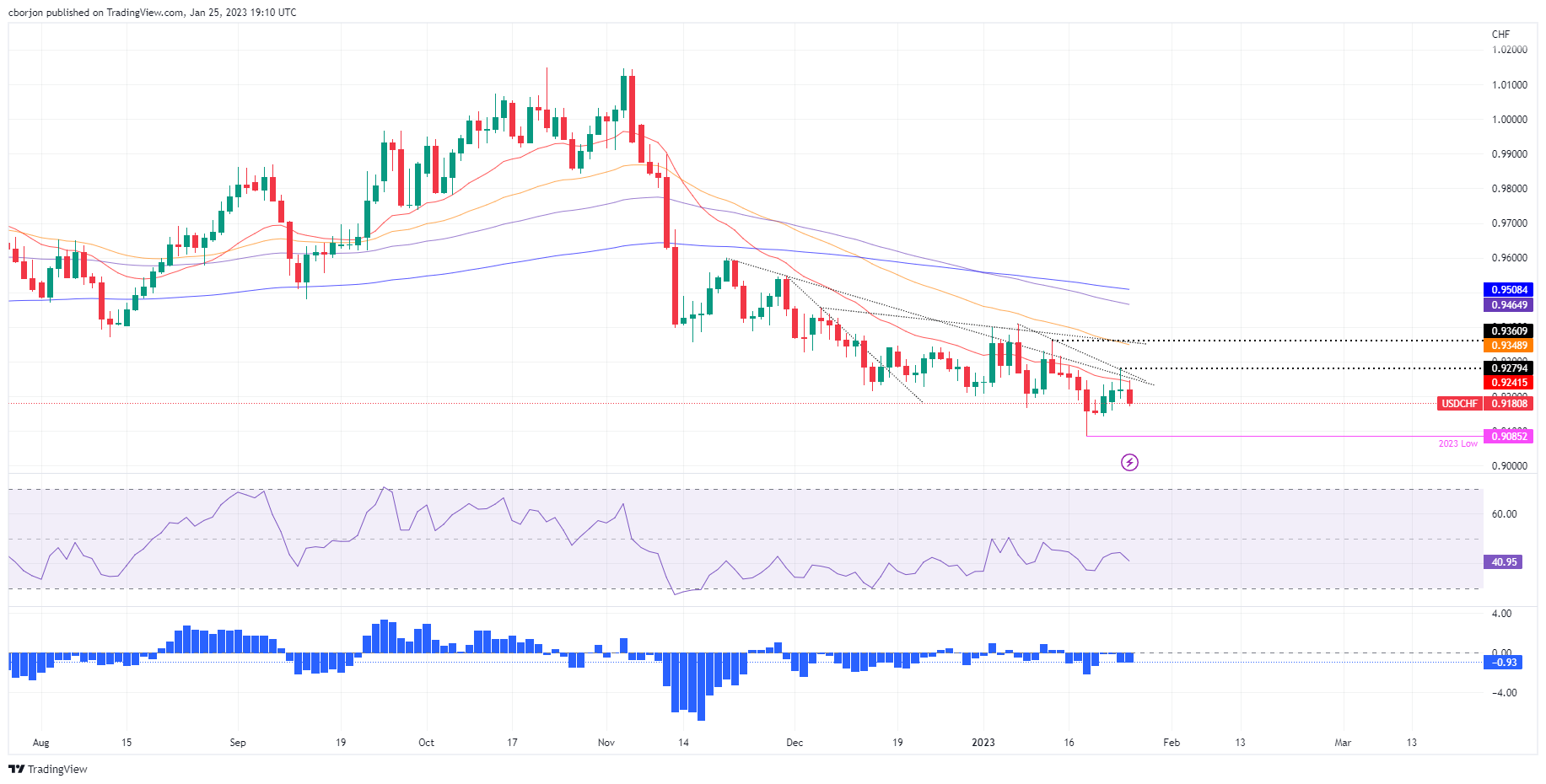