Tesla shares as we mentioned yesterday have gotten a bit, well boring. Being stuck in a range can be good to play but eventually, a catalyst will come and shake the shares out either way. Equity markets as a whole have been on hold for the last few sessions as traders remain nervous about pushing yet more record highs before the US CPI data. Tesla has managed to recover some losses from May but has stalled around the $600 area.

All bets are off until the CPI data but Tesla has at least some good levels to target on both sides once things start moving again. The $539 level, $540 depending on your data provider – ok, slight detour here.

There is no longer one trading venue as was the case in the past when the NYSE was the only gig in town, regulatory changes have meant other exchanges have sprung up such as BATS CHI-X, not to mention dark pools where big transactions can be done without showing the order size in the market. All this means is that prices track each other more or less exactly depending on the exchange but sometimes there are slight discrepancies. More importantly, it means tracking volume has become much harder and volume indicators are not what they used to be.

Ok, enough divergence, the $539 level is key to holding any form of bullish sentiment. A break should see a quick move sub-$500 due to the lack of price discovery on the way up from consolidation 1 zone to the $600 region. Price discovery is important as it shows a battle or price acceptance between bulls and bears. TSLA stock price will eventually break out of consolidation zones but the speed of the move up meant there is little time for price discovery. So, a break below $539 could see an acceleration to the bear target zone identified on the chart. The $667 mark remains key for the bulls to retake to end the series of lower highs and lows. 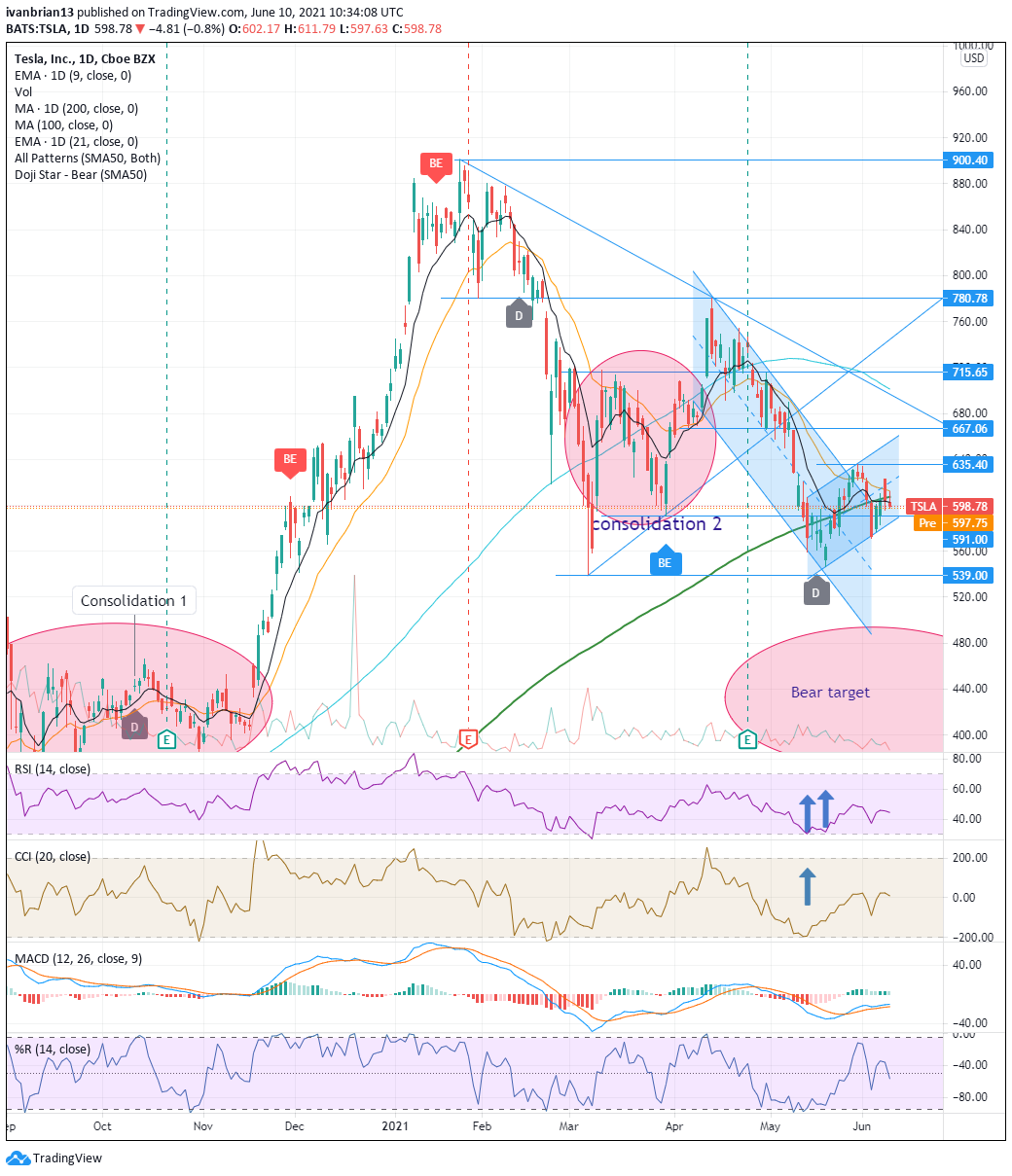