Reuters has reported that New Zealand's debt level is projected to reduce from the middle of the decade as the country's economy recovers from the impact of the coronavirus, the finance minister said in a pre-budget speech on Tuesday.

"'The levels of debt that we have taken on to save New Zealanders’ lives and livelihoods are projected to reduce from the middle of the decade. We are in a good position to handle the debt we have taken on' the minister, Grant Robertson, said in the speech to the Wellington Chamber of Commerce.''

''The budget, which will be unveiled on May 20, will reprioritise NZ$926 million ($667 million) of funds that were previously allocated to responding to COVID-19, he said.''

Meanwhile, this has not impacted the bird in late North American trade today but the US dollar is under pressure.

EUR/USD edges higher towards 1.2100,  bouncing off a key support line. Fed comments, upbeat US data and CDC mask mandate back risk-on mood amid geopolitical fears. ECB Minutes and US Retail Sales in focus.

GBP/USD consolidates around 1.4050 amid upbeat mood, ahead of US data

GBP/USD is ranging around 1.4050 amid an upbeat market mood and steadier US dollar. Tensions mount with the EU on post-Brexit rules for financial services. Critical US consumer data awaited.

Gold (XAU/USD) extends the previous day’s losses towards $1800. Gold traders ignore the mildly bid S&P 500 Futures and soft US dollar while taking clues from the US 10-year Treasury yields. All eyes on US Consumer data.

SHIBA price suffered a fatal fall after, Ethereum creator Vitalik Buterin removed liquidity for the token on Uniswap. However, Shiba Inu seems to be holding up fine as it bounced off a demand barrier, eyeing a comeback. 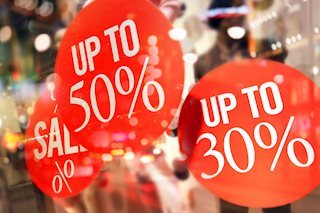