Update July 27: Amazon denied a widely circulated report on Monday that it was planning to accept payments in Bitcoin. The report was cited as the reason for Bitcoins' wild rise on Monday but Amazon said the speculation is not true in a statement late on Monday.

"Notwithstanding our interest in the space, the speculation that has ensued around our specific plans for cryptocurrencies is not true," said a spokesperson from Amazon. "We remain focused on exploring what this could look like for customers shopping on Amazon."

Amazon sent the price of Bitcoin soaring on Monday as reports hit the wires that it plans to start accepting Bitcoin for payment by the end of the year. City AM reported that Amazon is looking to start accepting payments in Bitcoin by the end of the year and is also looking to launch its own token in 2022. The City AM report cited an inside source. The report also cited a job advertisement over the weekend for a cryptocurrency executive for Amazon. See more on the Bitcoin reaction here. 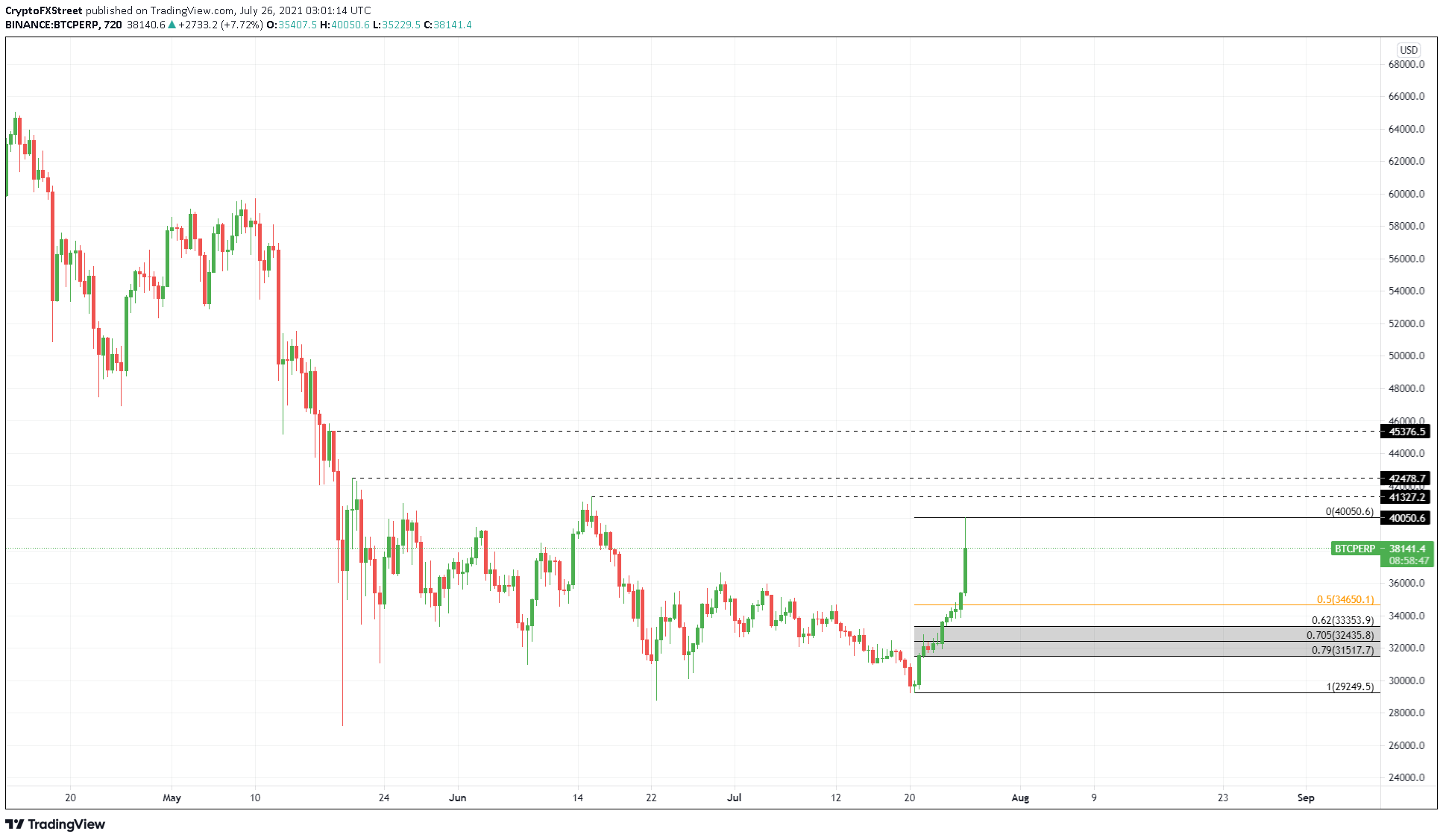 Bitcoin bulls were delighted with the news and immediately sent the price of the cryptocurrency leader soaring. Bitcoin is currently trading at $38,300, up over 8%. Bitcoin had topped out at $39,850, just failing with the psychological $40k resistance. Bitcoin has struggled recently as it stabilized around $30,000 after suffering heavy falls in May when it practically halved in value. Now having a company the size of Amazon reportedly on its side should help bulls to feel more confident in their arguments. This is no Tesla accepting payment in Bitcoin for car sales. This is Amazon, the biggest online and global retailer the world has likely ever known. Amazon releases results this Thursday, July 29, so it will be interesting to see if any mention is made of these plans in the release or in the conference call afterward.

AMZN is poised just beneath all-time highs but is unlikely to see too much action before results on Thursday. Investors will shy away from any new positions until those results give some more clarity. We can see from the chart below that the previous two results, despite being impressive, have not been kind to the share price with AMZN falling afterward. A case of better to travel than arrive and buy the rumour sell the fact. Amazon is expected to release earnings per share (EPS) of $12.22 and revenue of $115 billion for the quarter.

Any pullback should stall and find support at $3,260 to $3,200 as this area clearly has a large amount of volume on the profile chart. Also here is the point of control (price with the highest concentration of volume) at $3,190. If you want to add support to the argument, the 200-day moving average is at $3,260. So if Amazon results follow the pattern of the previous two releases and we get a pullback, this is the support level to get long. 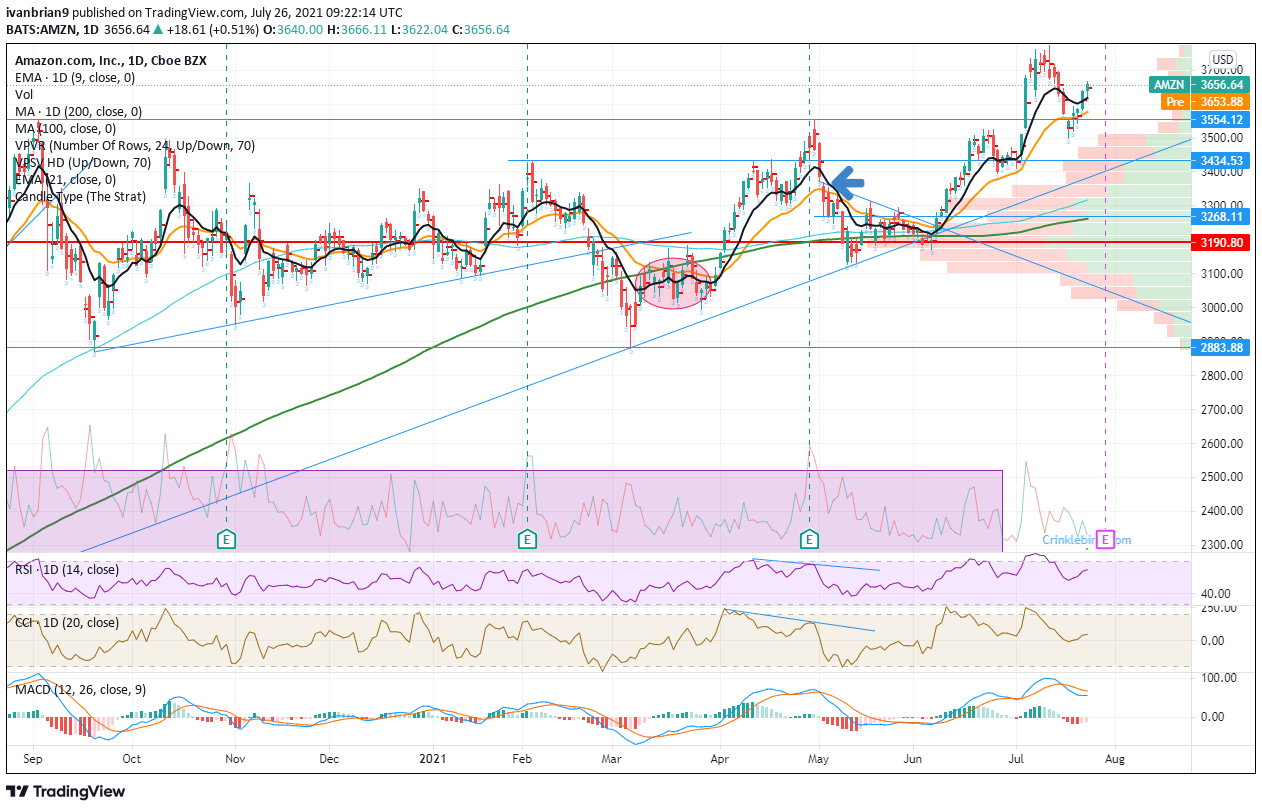