Gold price is correcting the moves from the US session in a busy start to the week. XAU/USD is up by some 0.3% following a recovery from the overnight lows that touched below the $1,770s on broad US Dollar strength. Robust economic data reignited the prospect of bigger interest rate hikes by the Federal Reserve.

The US Services industry activity unexpectedly rose in November leading observers to expect that the Federal Reserve may lift interest rates more than recently projected. The Institute for Supply Management (ISM) said its Non-Manufacturing PMI rose to 56.5 last month from 54.4 in October, indicating that the services sector, which accounts for more than two-thirds of US economic activity, remained resilient in the face of rising interest rates. The data beat forecast the Non-manufacturing PMI would fall to 53.1.

There has been a shift in the markets following last Friday's surprisingly strong Nonfarm Payrolls whereby wage growth and consumer spending accelerated the prior months so far in the last quarter of 2022. As a consequence, the market that has been pricing below 5% at around 4.75%-5%, markets are now rethinking this to 4.92% by March of next year and more likely than not into the 5%-5.25% range by May, as per the futures contract prices and the CME Fed watch tool.

Nevertheless, the Fed Chair Jerome Powell said last week that the US central bank could scale back the pace of its rate increases "as soon as December."

Meanwhile, futures contracts tied to the Fed policy rate still imply a 70% chance that central bankers will slow the pace of rate hikes when they meet Dec. 13-14, rather than adding to a string of 75-basis-point rate hikes over the past four meetings.

Elsewhere, several Chinese cities are easing their COVID restrictions in what could be a shift toward gradual reopening as the country nears entering the fourth year of the pandemic had given risk appetite a boost. In recent trade, it was said that Beijing no longer requires tests for entering supermarkets and commercial buildings.

Analysts at TD Securities said that they see signs of buying exhaustion in Gold but a notable consolidation in prices will be needed before CTA trend followers spark renewed outflows. ''At this juncture, positioning risks are no longer tilted to the upside, as a rally north $1,830 only points to marginal CTA buying from current positioning levels,'' the analysts said. 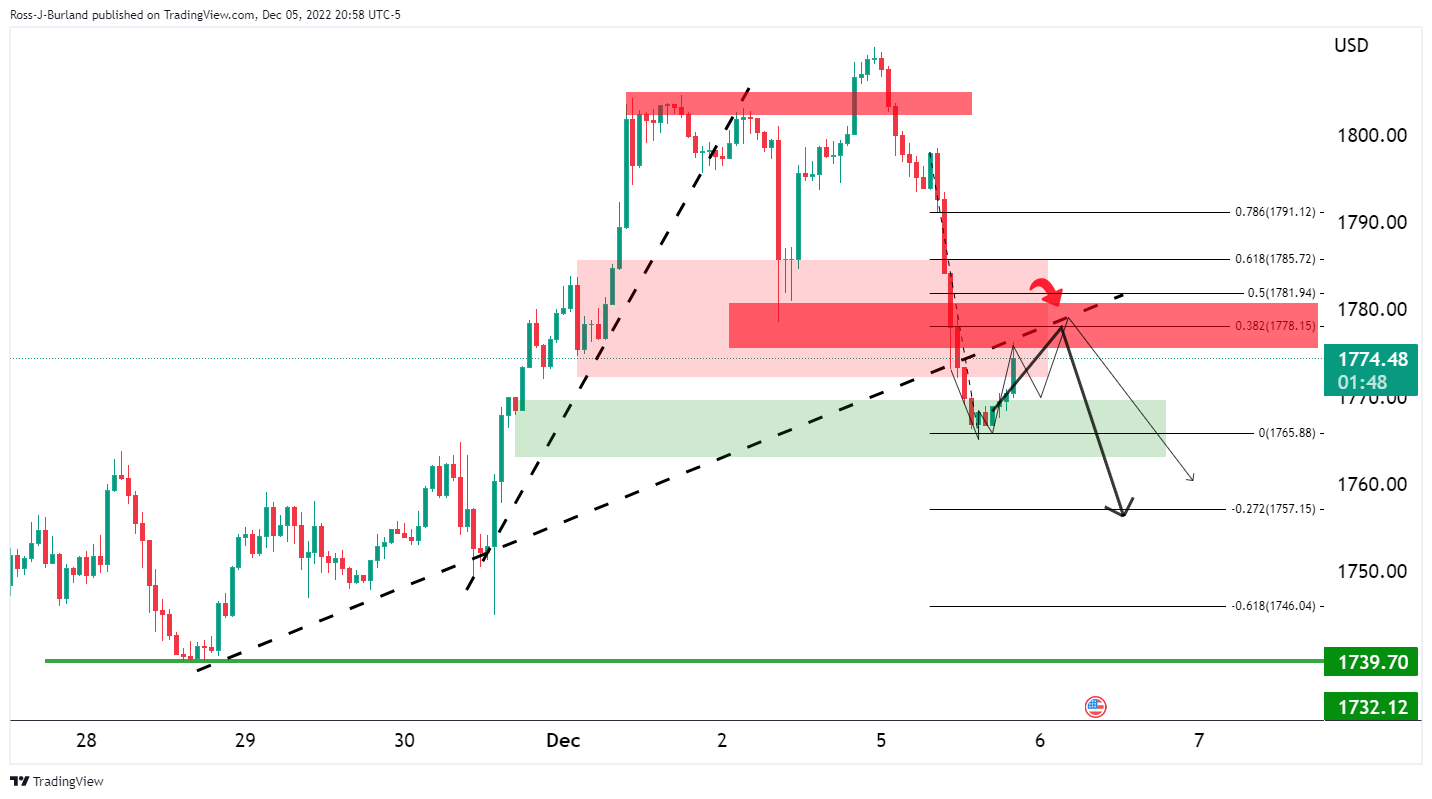 Gold is now on the backside of the micro trend but it is making a bullish correction with $1,780 eyed. Failures to break through the 50% mean reversion area could develop into supply for a downside continuation for a mid-week test of the $1,750s.