Where there is a price imbalance, PI, on a 4-hour perspective on the way there that guards an order block, OB, above it.

The US dollar is extending the downside after it slipped on Friday and posted its first weekly decline this month. A fall in oil and commodity prices has dented the greenback's safe-haven appeal. We have seen the price action in DXY play out as follows: 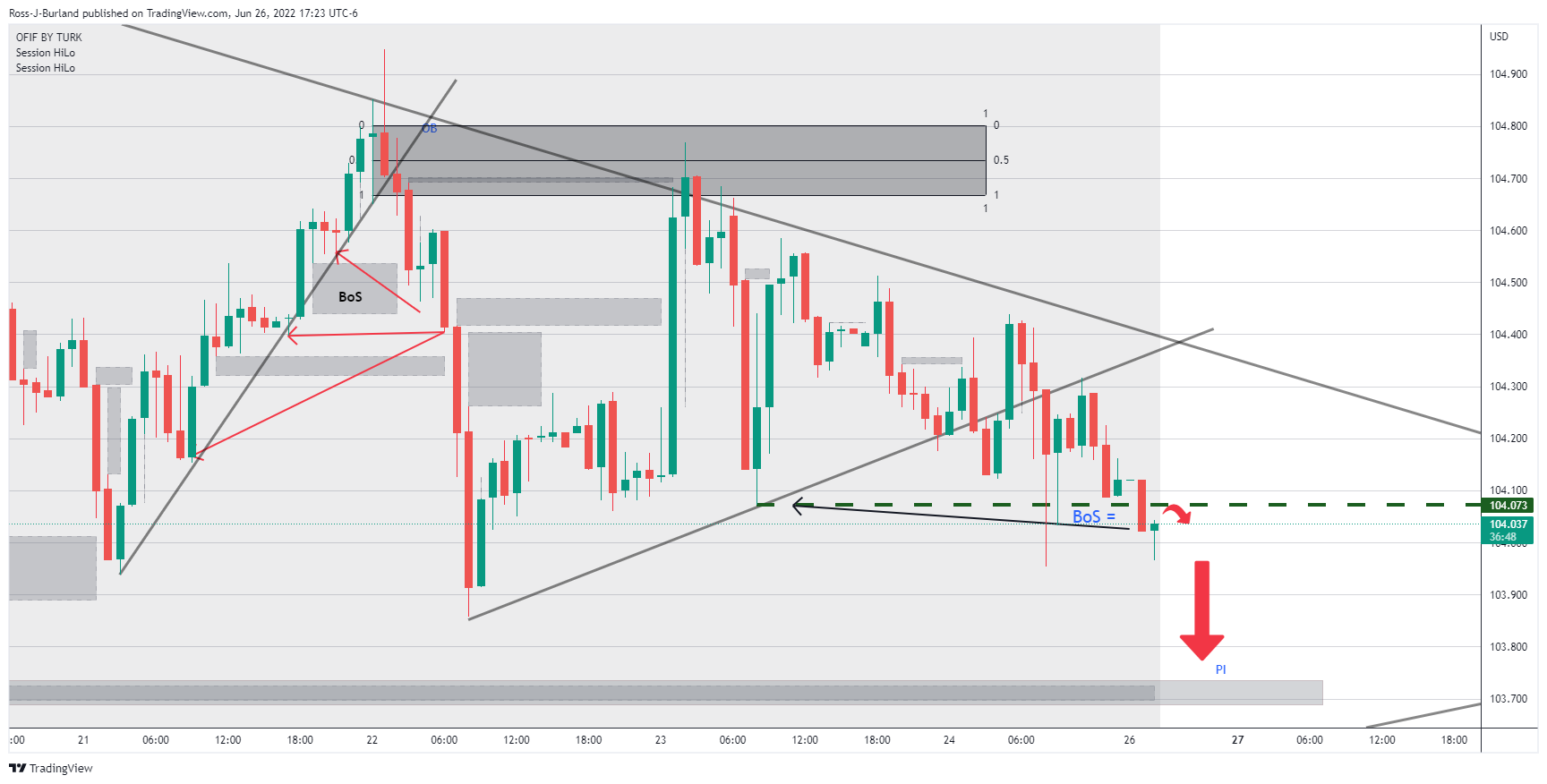 Meanwhile, while this is a positive development for GBP, domestically, the focus is on the forthcoming Bank of England while observers note that the UK is in danger of being the slowest-growing major advanced economy next year.

The Uk could have with the highest inflation rate and the biggest current account deficit, analysts at Societe Generale said.

''That's quite a collection, and it represents a clear threat to the pound. The sentiment is already poor and there are plenty of speculative shorts out there too, but further weakness is likely. Whether it falls more as the US dollar continues to rise, or under-performs a recovering euro, it will struggle. Longer-term, we will see sterling make new trade-weighted lows.''

The downside risks to growth resulting from higher interest rates have resulted in a complicated relationship between GBP and the BoE's gloomy predictions about the risks to growth have been a weight for sterling.

The Bank is not scheduled to update its forecasts again until August, but investors may take little comfort from another rate hike when they next meet. Growth fears have been reinforced by April's growth data but the recent strong labour data has given the pound a softer landing as seen in the following technical analysis: 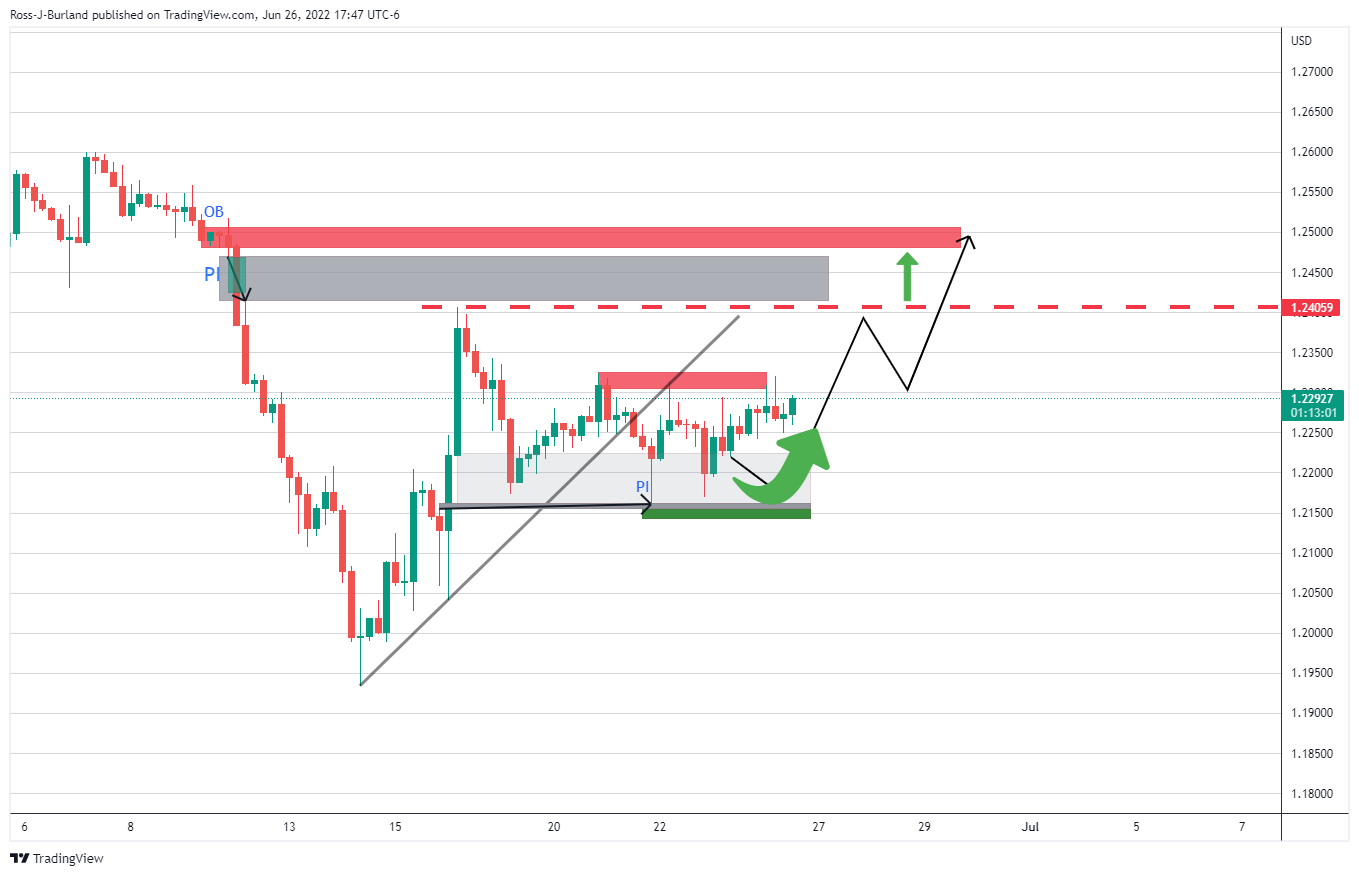 The price is moving in on near-term resistance and a break of which opens risk towards 1.2500 where there is a price imbalance, PI, on a 4-hour perspective on the way there that guards an order block, OB, above it.