The move keeps on going for AMC shares, which have traded perfectly from a technical setup, as retail traders show they look at charts as well as movies. The move was started by the break of $40, which had held the range for most of the summer. Some technical indicators began to perk up on the bullish side, and this created momentum to bring more buyers in to keep the move going. A short squeeze has been mentioned as one of the main reasons, but it is the continuing focus on key technical levels and how to squeeze positions that are more impressive.

Momentum creates momentum and this is certainly a feature of AMC. Having broken $40, AMC stock came back and retested the level last week but importantly held the level. A retest not only provided those who missed it a second chance to jump on board the long train, but confirms the bullishness. From a psychological point of view, buyers push the stock higher, sellers come in and push it back to the breakout level where once again more buyers step in and defend the level. This reinforces the breakout level. Now, the bullishness is firmly in place and the momentum oscillators are trending higher to confirm.

We can see from the volume profile on the chart below why we want AMC to keep going and breach $48. The volume profile shows that, once through, it gets easier for bulls or AMC apes to keep the party bull bus going all the way to $58 where volume picks up again. The momentum oscillators are all pointing in the right direction, helping to confirm the trend and the Moving Average Convergence Divergence indicator has pushed into a bullish crossover. The level to hold is still $40, as this keeps AMC bullish. Premarket indications are good with AMC already printing at $48.30, so it seems like more attention is being gained from Tuesday's move.

The Refinitiv social media sentiment monitor below shows the spike in attention:

The daily chart below shows a dip in volume above $48 meaning a break should accelerate. Volume has also been increasing on a daily basis but has yet to hit the peak from the breakout on August 24, so we have more room for new volume to enter and keep the momentum going. 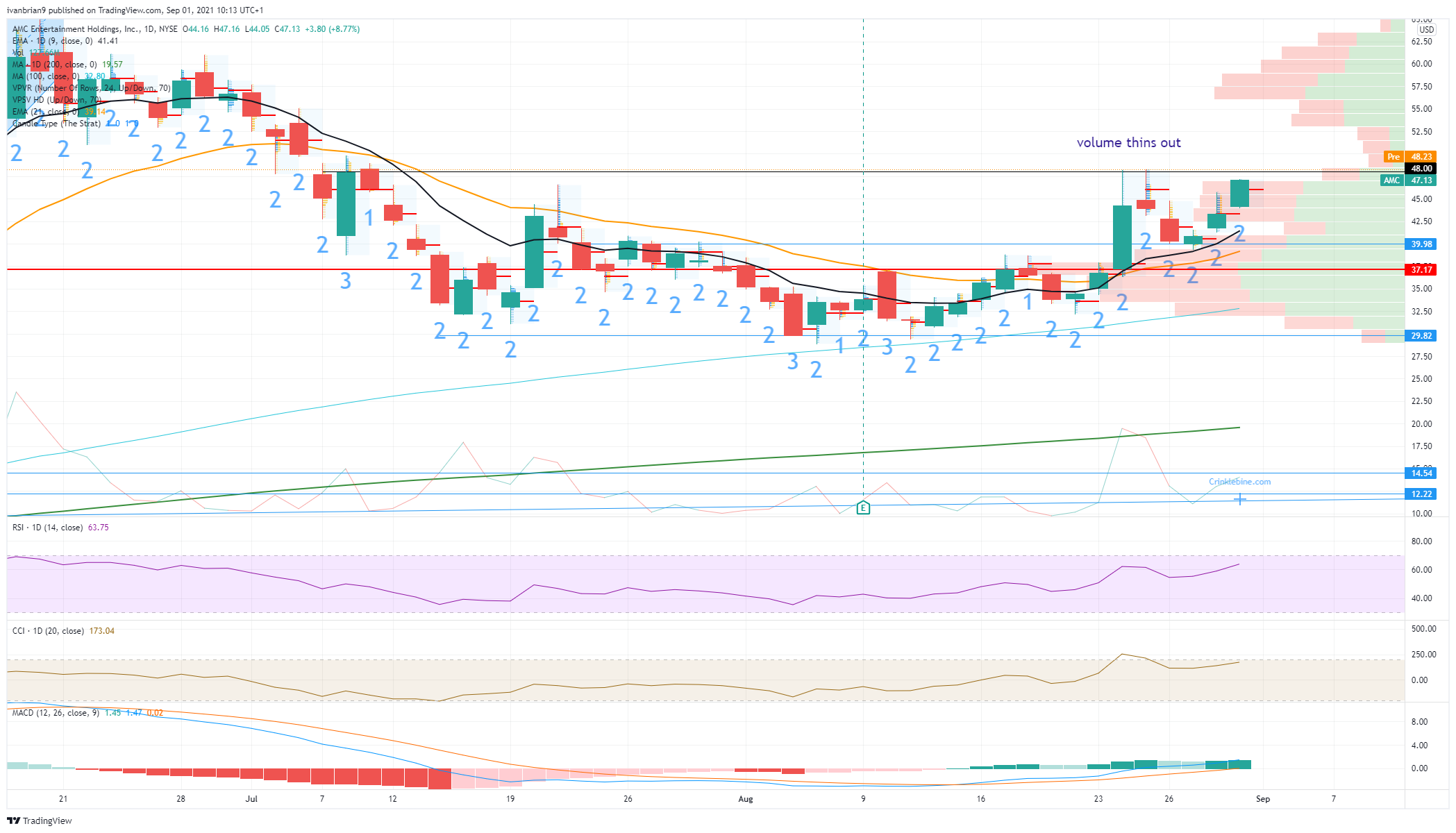