Yearn Finance is on an integration spree, with the third DeFi protocols merger announced this week.

Yearn Founder, Andre Cronje, announced Saturday, the latest merger with Cover Protocol, citing that Cover will become the backstop coverage provider for the Yearn product suite, as well as for DeFi as a whole.

Yearn developers have reportedly been working with Cover Protocol developers since inception, so this collaboration came naturally for both parties, per AMB Crpyto.

In addition to this, Yearn announced partnerships with Cream Finance and Pickle Finance earlier this week. The collaboration with Pickle Finance is mainly to reap the yield farming incentives. 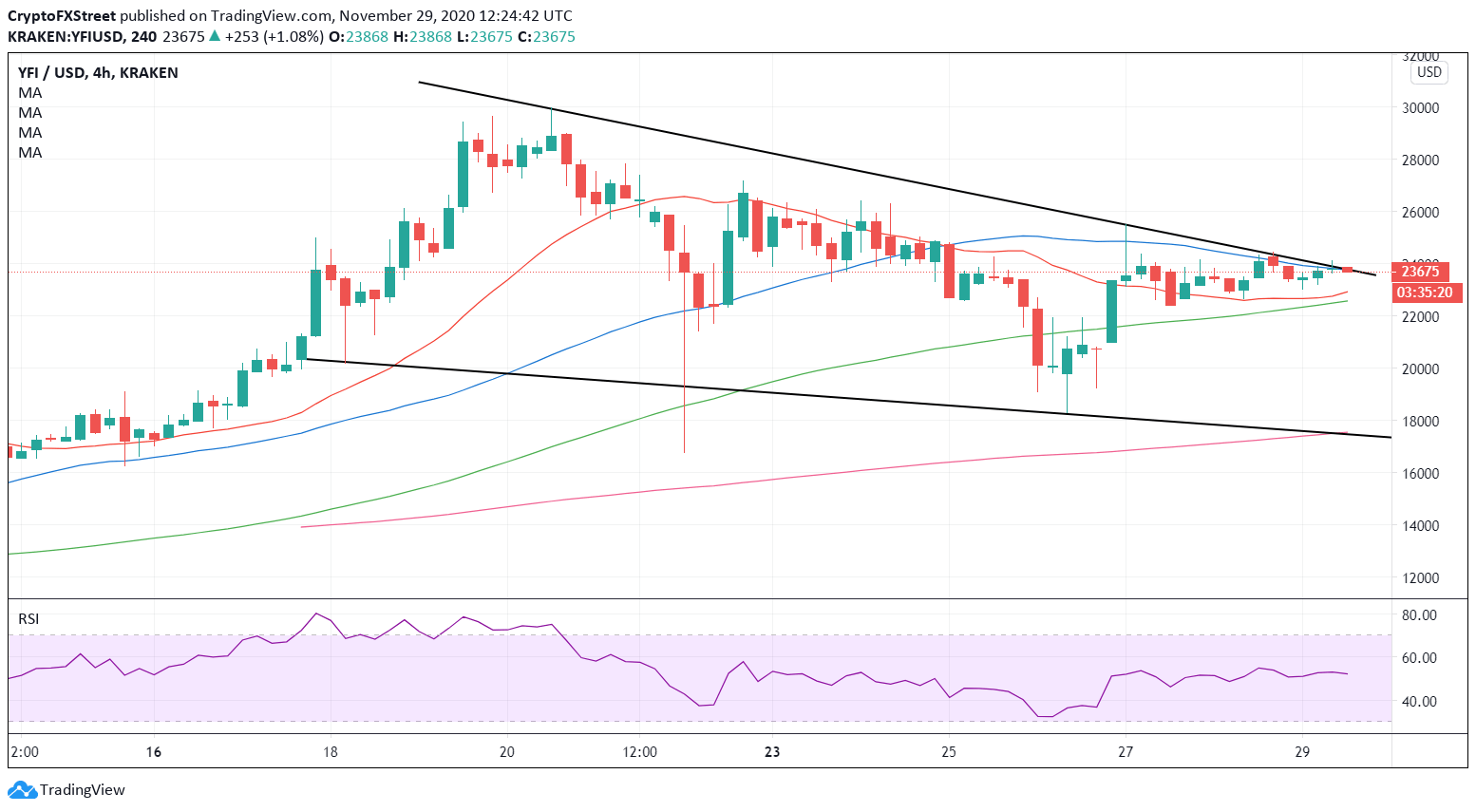 Yearn’s token Yearn.Finance (YFI) holds the recent recovery gains, as the bulls gather pace for the next move higher.

Looking at the four-hour chart, YFI/USD is on the verge of a falling wedge breakout, battling a critical upside barrier at $23,735, which is the confluence of the falling trendline resistance and bearish 50-simple moving average (SMA).

A bullish breakout confirmation could open doors for a test of the $25,000 level, as the buyers have the $30K mark on their radars. The Relative Strength Index (RSI) has turned flat but holds above the 50 level, suggesting that the further upside still remains in play.

Alternatively, immediate support is aligned at the 21-SMA of $23,009. Further south, the last resort for the bulls is the convergence of the 200-SMA and falling trendline support at $17,550. A breach of the last could negate the near-term bullish bias.